Predictions and other election matters

No matter the outcome tomorrow, the fact that it's over will be a cause for celebration. 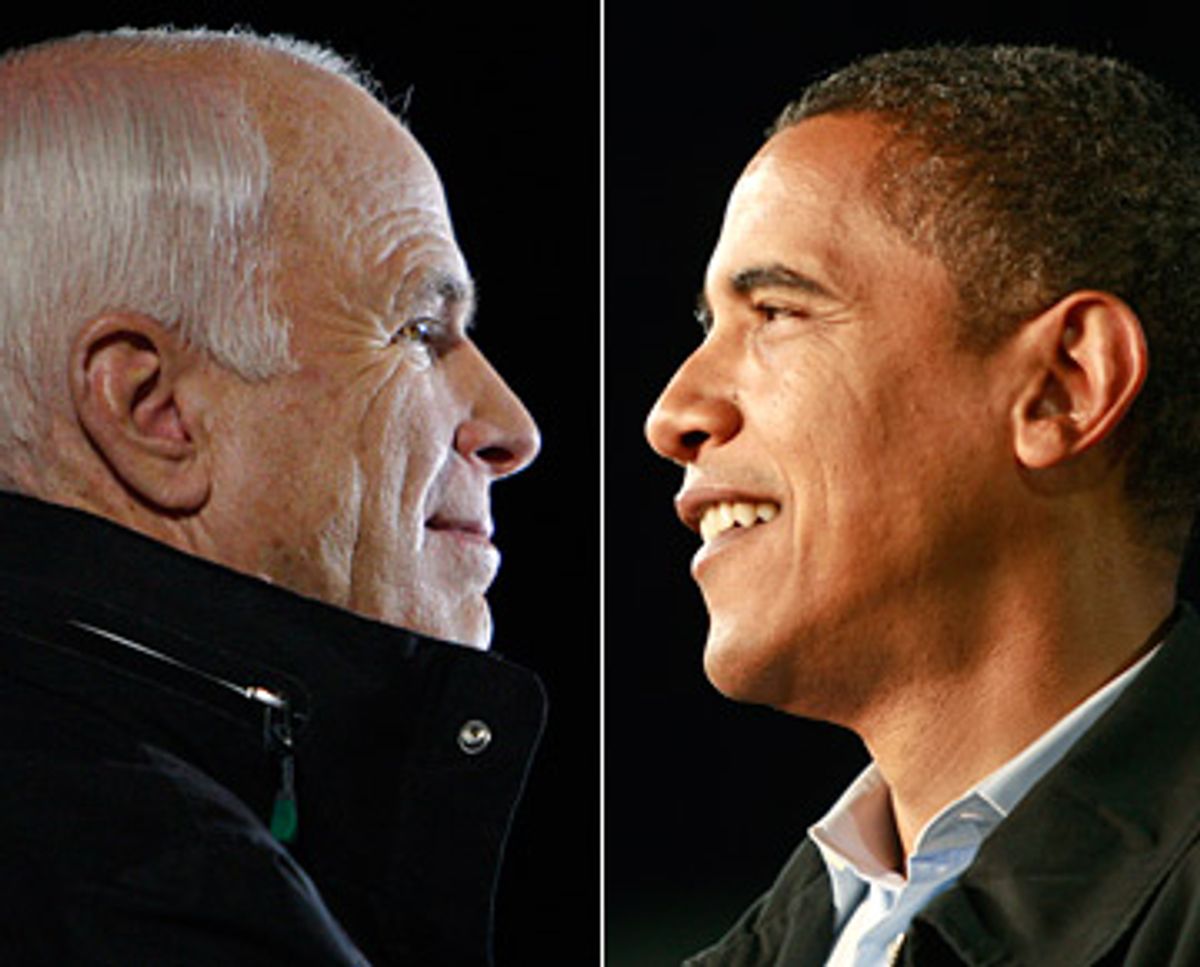 There's little point in writing about anything today other than the election, but what's there to say about that at this point?  So with those premises in mind, we can proclaim a one-day-only capitulation to the dark forces of horse-race-ism and use this post for predictions.  Mine are below; leave yours in the comment section and whoever is closest to the actual results will win nothing (here's an excellent Electoral Vote tool).  Or feel free to leave whatever commentary you want regarding tomorrow (or other topics).

Also, as a programming note, all day tomorrow, Salon is going to host a special Election Day group blog for running, interactive commentary, updates and analysis on the election, to include Joan Walsh, David Sirota, Digby, David Talbot, Gary Kamiya, me and perhaps others.  The comment section will be open and active the entire time.  We'll begin some time during the day tomorrow and continue until (at least) the presidential election is resolved, no matter the time.  The blog will be hosted at Joan Walsh's blog, here, and I'll leave a link at the top of the blog here tomorrow.

My predictions/views of tomorrow:

Three dumbest pieces of already-solidified conventional wisdom among the Right and the media (if Obama wins):   (1) The Liberal Media was unfair to McCain; (2) Obama better resist his "liberal impulses" and govern from the center unless he wants to spawn disaster; (3) The Pelosi/Reid Congress is going to pressure Obama to move to the Left.

I believe my presidential predictions are on the conservative side -- meaning that I think it's more likely that I'm under-estimating the margin of Obama's popular and electoral victory than over-estimating them.  There are numerous variables -- higher Democratic enthusiasm, Obama's superior ground operations, large influxes of first-time and African-American voters -- that are too unknown for me to factor in, but all of which militate in favor of an even larger Obama victory than my predictions suggest.

UPDATE:  Commenters have added numerous other phrases worthy of permanent banishment, including:  Drill, baby, drill; First Dude; throw under a bus; in the tank; Real Americans; The Mac is Back (or any permutations involving "The Mac"); my friends; and, for my most glaring oversight:  Maverick.

To be honest, I'd also be happy to go a good long while (roughly forever) without hearing "Yes, we can," but I'm generally unreceptive to political slogans, so perhaps I'm unrepresentative in that regard.