The Black Panthers are coming!

Sorry, Fox News, the group says it's only aiding folks at polling places. 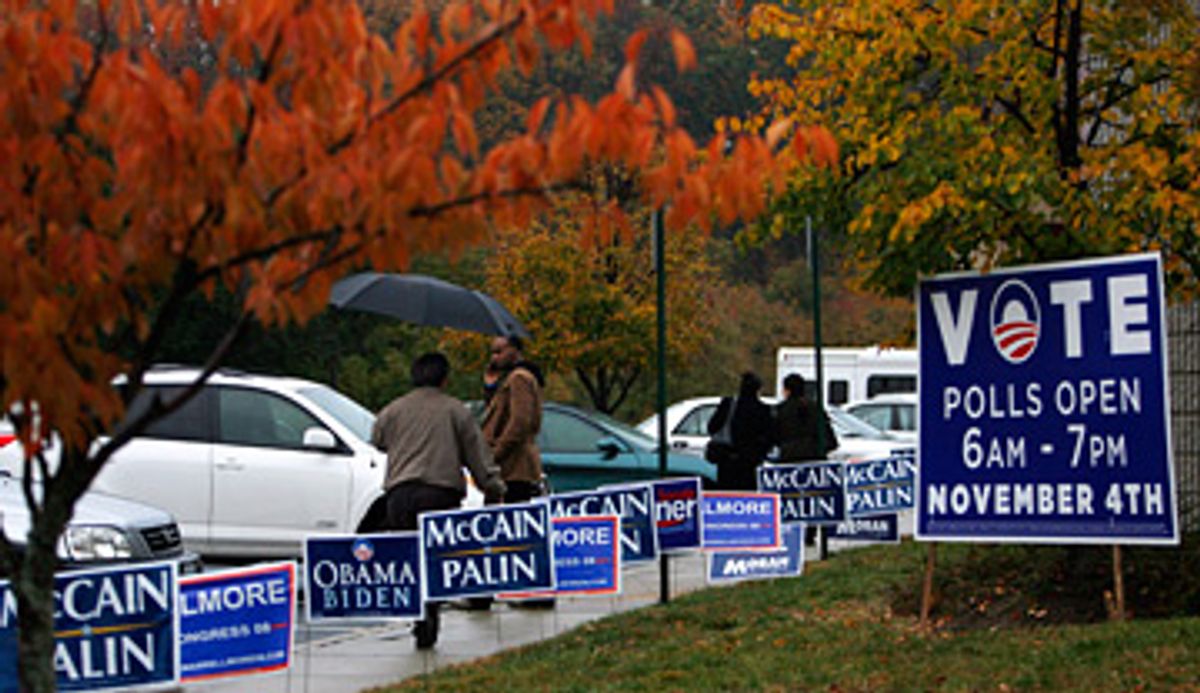 Look out! The Black Panthers are blocking polling stations and disenfranchising white folks by preventing them from voting for John McCain! I saw it on Fox News Channel. I read it on Drudge. Top headline: "Black Panthers block access to voting station!"

Stupid me. I thought the Black Panthers faded out in the early 1970s.

Well, yes. But this is the "New Black Panther Party"! Look out, disenfranchised white folks!

But it isn't affiliated with the original Black Panthers. Members of the original party consider the group illegitimate. The New Black Panthers advocate, among other things, "tax exemption and an end to robbery of THE BLACK NATION by the CAPITALIST," according to its Web site.

The group's national chairman, Malik Zulu Shabazz, says the group has 400 volunteers near polling places in 15 states, but says any reports that the group's members are involved in voter intimidation are "absolutely false." He says volunteers are helping people, like the elderly, get to the polls -- not trying to keep anybody out. Volunteers are there to "help, support and celebrate," Shabazz says.

If the video on Drudge is supposed to provide some kind of evidence that white folks are being intimidated at the polls, it is awfully weak. It shows a jittery camera person who identifies himself as a "media guy" with the University of Pennsylvania, filming two men in dark clothes ostensibly standing outside a polling place in Philadelphia.

"I have a poll watcher's certificate that says I can go inside," the camera man announces to the dark-clad men, who look bored. "All right," one dark-clad man responds. "I was just wondering why everybody was taking pictures, that's all."

"I think you might be a little bit intimidating since you have a stick in your hand," says the cub reporter.

The man responds: "And you've got a camera phone."