How wrong they were

"He cannot win," and other chestnuts. Remembering an election season full of fabulously wrongheaded predictions. 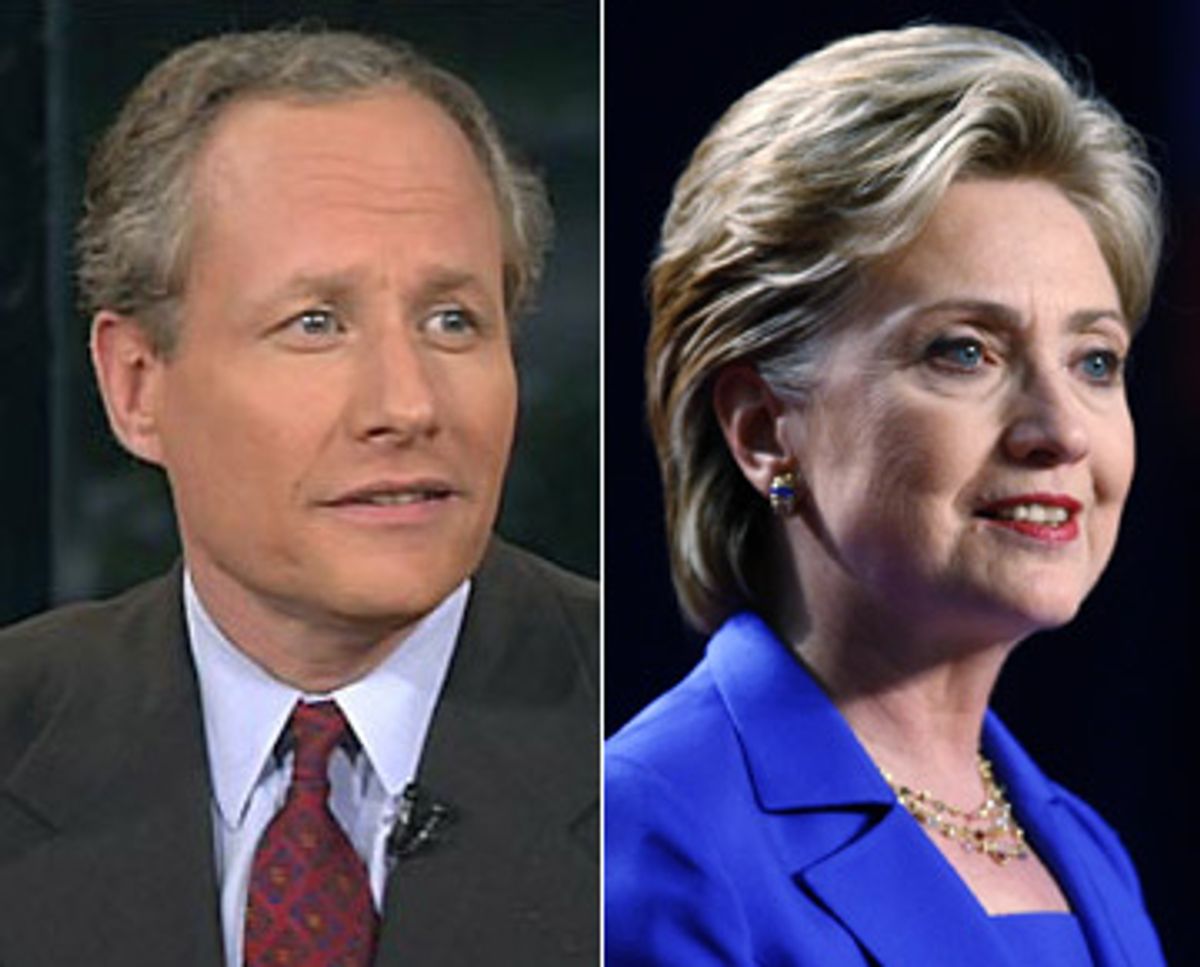 On Hillary Clinton: "The Democrats are going to choose a nominee. I believe it's going to be her. That's their business…But I think she's going to be the nominee."

"In this case conventional wisdom is not just wrong but comically so. [Fred] Thompson will win the Republican nomination for two reasons. First, he's a very impressive candidate. Second, there's no realistic alternative. He will win the general election for the same two reasons."

"I think it's probably going to be Romney for the Republicans, Hillary for the Democrats."

"I think it's worth imagining a certain scenario. Imagine  the Democrats do rally around Obama. Imagine the media invests as heavily in him as I think we all know they will if he's the nominee -- and then imagine he loses. I seriously think certain segments of American political life will become completely unhinged. I can imagine the fear of this social unraveling  actually aiding Obama enormously in 2008. Forget Hillary's inevitability. Obama has a rendezvous with destiny, or so we will be told. And if he's denied it, teeth shall be gnashed, clothes rent and prices paid."

A source with "direct knowledge" of Hillary to Bill Richardson concerning Obama: “He cannot win, Bill. He cannot win."

On McCain's vice-presidential choice: "My guess is he's going to win Florida by himself. And Charlie Crist, of course, would seal it, but McCain will win it by himself.  Jindal is a tremendously popular figure with conservatives.  He's a traditionalist Catholic, Chris.  But I just don't see McCain going to Louisiana. I agree with Norah on that. I think Romney is somewhat more likely because I think McCain is going to go north."

"And when you look at the serious questions that face us, whether it's energy or the economy, or the war on terror, I think John McCain's experience ends up being something that will win the race for him."

"We live in a dangerous world. And we need a president who understands the lessons of September 11, 2001: that to protect America, we must stay on the offense, stop attacks before they happen, and not wait to be hit again. The man we need is John McCain … When the debates have ended and all the ads have run and it is time to vote, Americans will look closely at the judgment, the experience, and the policies of the candidates -- and they will cast their ballots for the McCain-Palin ticket."

"I think Virginians are really getting fired up for this ticket of McCain and Palin … but the key issues of Virginia: national security, energy security, lower taxes, and that's why I think ultimately John McCain will win here in Virginia."

"So, despite the rapture of college students and the registration of the homeless in Ohio, the common sense of Americans will override curiosity about Barack Obama and infatuation with his celebrity, and trust John McCain to pilot the country for the next four years ... America is a great and good nation, and it will not turn itself over to a party in the grip of its hardest left cadres, its most corrupt machine and its least experienced nominee ever. Especially not when it has a man of enormous courage and proven devotion and sacrifice at the ready to lead through difficult times."

"I believe we need to prevail in Pennsylvania for John to win. And I think we will … I think John made an excellent choice. I've been with Gov. Palin. I've seen her energize the crowds. I know how the Republican Party and the base feels about her. John wasn't looking for a candidate to help in one state, he was looking for a candidate to help in all 50. I think he found that running mate."

Rush Limbaugh, interview with London Telegraph and on his radio program -- Oct. 31, 2008

To London Telegraph: "I think [Obama has] been dead in the water since the primaries. He is going to need to be up 10 to 12 points to win by 3 or 4 … Don't forget that Hillary winning was a foregone conclusion, too. If the polls had been right it would have been Giuliani versus Hillary. That's why polls a year out are worthless."

On his radio program: "My gut hadn't been giving me any indication on this race, but it started talking to me last night … Barack is headed back to Iowa. That should be a lock; it’s a dead heat … Florida, Ohio and Nevada look like pretty good McCain certainties here. Obama still has to run ads in California."

"McCain is in a good position to win every red state ... Plus he is probably going to win Pennsylvania and Iowa."

"When you look at what's happened in the polls in Ohio, Virginia, North Carolina and Florida -- they believe that they've strengthened. Essentially, the conservative districts in those states are now secured. That they still have a little bit of work to do, particularly in the much-vaunted GOP ground game: knocking on doors, making phone calls, lots of e-mails to shore them up entirely. But most of the red states they think they're now safe in ... In places like Pennsylvania, Ohio and Missouri expect a late night. No quick calls tomorrow.

Shortly before Pennsylvania was called for Obama on Election Night, Lopez wrote on the Corner blog: "Barone … throws serious cold water on the Pa. calls."

The Hot Air blogger predicted that John McCain would win 51 percent of the popular vote and beat Obama in the electoral vote 273-262. He also predicted that Al Franken would receive only 36 perecent of the vote in the Minnesota Senate race.

Morris released a book in October 2005 titled "Condi vs. Hillary: The Next Great Presidential Race."