An open apology to boomers everywhere

Your earnest, self-important prattle has gotten on Gen X nerves for decades. But now we finally get it. 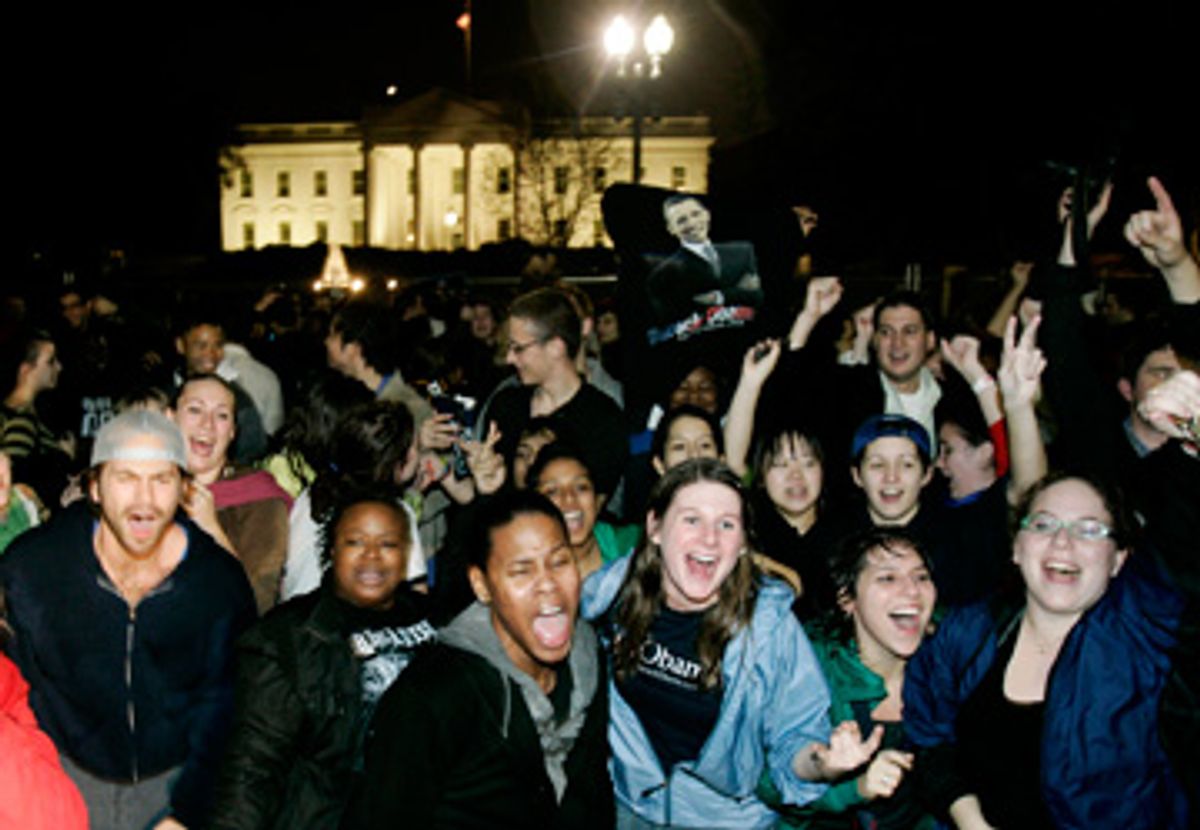 Dear boomers: We're sorry for rolling our eyes at you all these years. We apologize for scoffing at your earnestness, your lack of self-deprecation, your tendency to take yourselves a little too seriously. We can go ahead and admit now that we grew tired of hearing about the '60s and the peace movement, as if you had to live through those times to understand anything at all. It's true, we didn't completely partake of your idealism and your notions about community. Frankly, it looked gray and saggy in your hands, these many decades later. Chanting "What do we want? Peace! When do we want it? Now!" at that rally against the Iraq war made us feel self-conscious in spite of ourselves. We felt like clichés. We wondered why someone couldn't come up with a newer, catchier, pro-peace slogan over the course of 40 years of protests. We knew we shouldn't care that some of you were wearing socks with sandals and smelled like you'd been on the bus with Wavy Gravy for the last three decades, but we cared anyway. We couldn't help it. It's just who we are.

And look, we really did stand for something, underneath all the eye-rolling. We're feminists, we care about the environment, we want to improve race relations, we volunteer. We're just low-key about it. We never wanted to do it the way you did it: So unselfconscious, so optimistic, guilelessly throwing yourself behind Team Liberal. We didn't get that. We aren't joiners. We don't like carrying signs. We tend to disagree, if only on principle.

But when we watched Barack Obama's victory speech on Tuesday night, we looked into the eyes of a real leader, and decades of cynicism about politics and grass-roots movements and community melted away in a single moment. We heard the voice of a man who can inspire with his words, who's unashamed of his own intelligence, who's willing to treat the citizens of this country like smart, capable people, worthy of respect. For the first time in some of our lifetimes, we believed.

Suddenly it makes sense, what you've been trying to tell us about John F. Kennedy and Martin Luther King Jr. Sure, we knew all about their roles in history, we'd learned about them in a million classes, through countless books and documentaries. Eventually, though, the endless memorials and tributes and TV specials and Oliver Stone films grew a little tedious. We didn't quite understand why you've never let those two go, why you'd speak so relentlessly about a better time.

But how could we have known? We were raised under Ronald Reagan, smiling emptily under a shellacked cap of shiny brown hair like a demon clown, warning us (With a knowing nod! With a wink!) about those evil Russians stockpiling nuclear arms thousands of miles away. We were raised by "The Love Boat" and "Eight Is Enough" and "Charlie's Angels," a steady flow of saccharine tales with clunky morals. There were smiling families, hugging and learning important lessons on every channel, while at home, our parents threw dishes at each other's heads. We went to church and learned about God's divine plan every Sunday, but all it took was one Dr. Seuss cartoon about an entire world that existed on a speck of dust, and our belief in God was deconstructed in an instant. Our childhoods were one long existential crisis. We ate Happy Meals while watching the space shuttle blow into tiny bits.

You and all your boomer friends read "I'm OK, You're OK," and tried desperately to avoid the mistakes of your parents, those stoic alcoholics of the so-called Greatest Generation. But you couldn't quite put your ideals into motion. As our parents, you told us to tell you anything, to be honest, to come to you with our problems, but when we did, you were uncomfortable and dismissive. You didn't really want to know how we felt. When we were emotional, you flashed back to that time your drunk mother threw the jack-o'-lantern into the street. You loved us, but you were passive-aggressive and avoidant in spite of your best intentions.

You did your best. But we rose out of that murky soup of love and confusion, of stated beliefs without the actions to back them up, and we grew cynical. We doubted even the most heartfelt, genuine statements. We didn't want to be blind to our own faults, like you were, so we paraded our faults around, exalted in our shortcomings. The worst thing, to us, was to not see ourselves clearly. The worst thing was to not be in on the joke.

So we cast a jaded eye on ourselves and each other. We drank too much and listened to obscure indie rock bands. We dressed badly and communicated in four-letter words and read books like "Infinite Jest" and "The Corrections," modern-day versions of your precious J.D. Salinger in which everyone is a fake and the high capitalist world is bought and sold and even the purest form of art is a commodity, not to be taken seriously. No one can be trusted, nothing is pure -- these are the truths we held to be self-evident.

No, we weren't always ready to get involved and make the world a better place, because the air we breathed was toxic with absurdity and excess. Consider our head-spinning trajectory: Mister Rogers, Son of Sam, the Iran hostage crisis, Catholic school, the Hite Report, "The Day After," Edwin Meese, rampant divorce, "Fantasy Island," "Endless Love," Jeffrey Dahmer, the Happy Meal, the Lockerbie air disaster, Toyotathons, John Updike, "Who Wants to Marry a Millionaire?" Do you see how far we had to come? How we were primed to hate our own country, and ourselves along with it?

And then most of us became mature, rational adults at the exact moment that a reckless frat boy boomer became our president. Just when we were starting to understand how to be a part of the larger world outside, Al Gore had the election stolen right out of his hands in Florida, and then the twin towers collapsed before our eyes. At first we felt moved to act for the greater good in the wake of that tragedy. But then the whole country seemed to implode in front of us, from our invasion of two sovereign nations to the rise of celebrity culture to tanning beds to McMansions to Guantánamo Bay to Hummers and a big, faceless herd of humans in low-rider ass pants, chattering about whether or not to get Botox. It was so sad and pathetic that it was funny to us, even if it was only sad and pathetic to you. We urged you to get a sense of humor; we'd lived this way for years, after all. Things were much worse now, worse than ever -- but we'd always expected that they would be, eventually. That's one of the few rewards of being deeply pessimistic, of being trained to lower our expectations, of living in a constant state of distrust and learned helplessness.

But on Tuesday night, that changed. We understood, for the first time in our lives, what it means to be a part of something big, without reservation. We saw the joy in that. We knew that history had been made, and we were happy to have made calls and sent money and knocked on doors for this man. We felt like we were really, truly participants in history, that we had a connection to those people in the crowd at Grant Park and those kids crying and celebrating in Compton on the local news. We were all Americans, together, old and young, black and white and Latino and Asian, and it didn't feel hokey or overly earnest to admit it for once.

So we apologize to you, for making fun of your earnestness. We never want to go back to our old way of thinking. Sure, we'll still be our irreverent, self-deprecating, exasperating selves, but we also want to believe. We want to follow this man, and trust him, and give him our full support. The world may not be transformed overnight, the economy may still struggle, Obama will surely make his share of mistakes. But we want to stand behind him, stand behind this country, and show our fellow Americans the same respect that this new leader of ours has shown all of us, in his words, in his manner and in his promises.

And in 15 years, our kids probably won't understand it when we talk about the night that Obama was elected president, either. They'll sigh deeply and roll their eyes and say they've heard this story a million times before, so please shut up about it already. They'll purse their lips and think about how our hair looks stupid and we smell like old cheese.

But maybe, just maybe, we can change the world enough that they'll get it. Maybe if we dare to hope, eventually hope won't feel quite so daring.