As Dean leaves the helm of the Democratic National Committee, one thing is clear: He got it right with his controversial 50-state strategy. 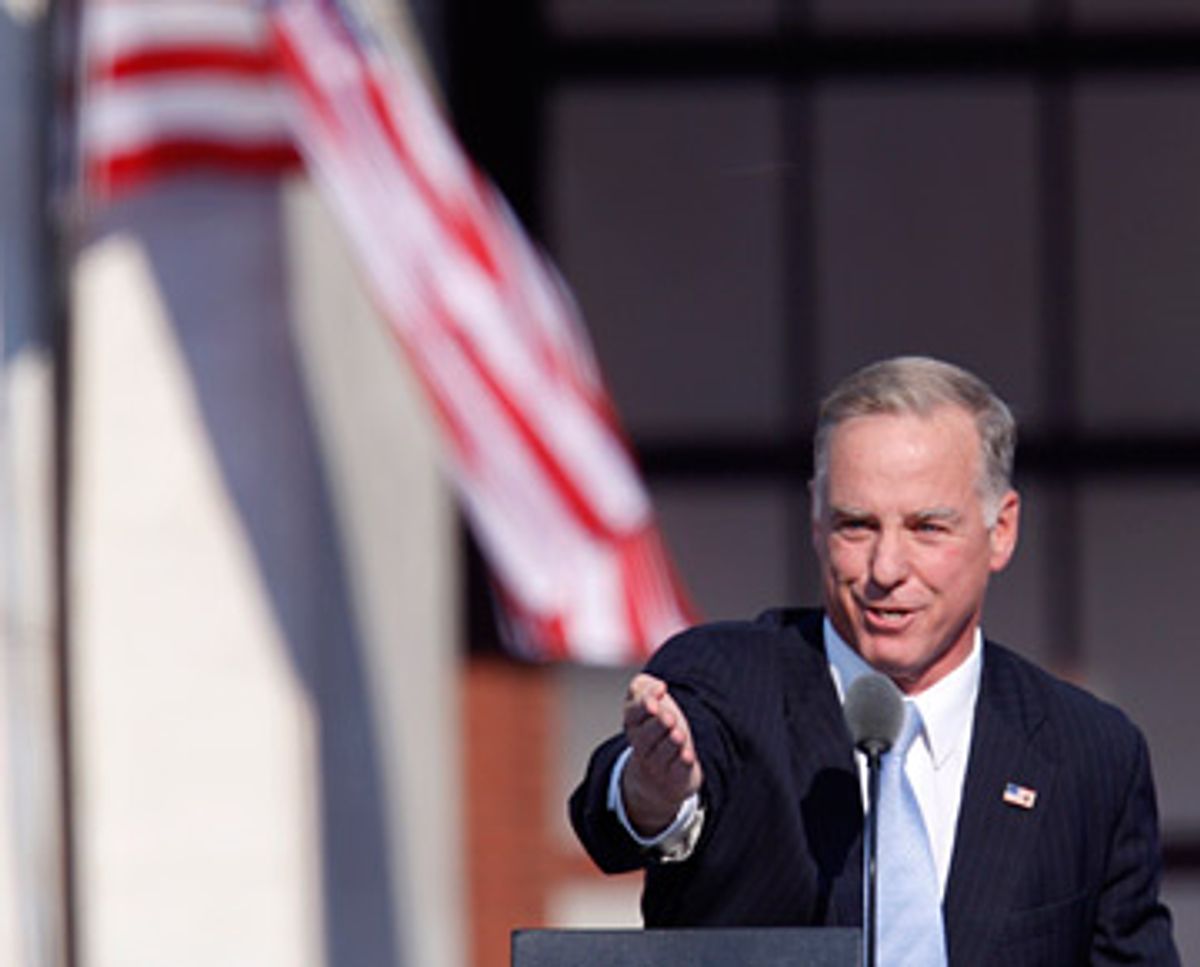 When Howard Dean walked in the door at the Democratic National Committee nearly four years ago, the party was in the wilderness and looked ready to stay there for quite some time. George W. Bush had just been reelected and the Republicans had taken control of Congress. Dean got the gig by running an insurgent campaign supported by online activists, and establishment Democrats in Washington were none too happy about it.

When Dean leaves early next year -- he's not seeking a second term -- whoever takes over will probably have it easier. The Democrats now have comfortable majorities in the House and Senate. Dean's "50-state" strategy was essentially vindicated during the presidential election, with Barack Obama investing heavily in, and winning, states such as Indiana, North Carolina, Virginia and Colorado, which all went Republican in previous cycles. And, of course, a Democrat is moving into 1600 Pennsylvania Avenue in a few weeks.

If things had gone the way Dean wanted them to go four years ago, he'd be preparing for his second term as president, not leaving the DNC and waiting to hear if he's getting a Cabinet job. But Democratic insiders say he played a big part in the party's rejuvenation, which came about much faster than anyone would have imagined back in the winter of 2004.

"Dean helped Obama and other Democrats prepare for this day," said Donna Brazile, who managed Al Gore's 2000 campaign and remains an influential strategist. "While others lamented our loss in 2004, Dean got to work in devising a 50-state strategy that eventually laid the groundwork for Obama and others to harvest votes in 2008."

It's not immediately clear who will succeed Dean at the DNC. By tradition, that's essentially up to the new president. (Don't expect to see another insurgent campaign like the one Dean ran to get the job.) Obama's aides, struggling not to become overwhelmed by the transition to power in the middle of two wars and a financial crisis, haven't made filling the DNC job a top priority yet.

DNC members will meet in Washington just before Obama's inauguration, and state party chairs are gathering next month in San Diego. Some names for the job floating in the media include: Virginia Gov. Tim Kaine, Missouri Sen. Claire McCaskill, and Obama aide Steve Hildebrand. (McCaskill is telling local press in Missouri that she's not interested -- which in Washington's weird political gossip culture is sometimes a sign that she's already got the job locked up.) With Obama in the White House, the job will be more administrative in nature -- Dean's successor will be trying to fortify and maintain Democratic power, letting Obama handle the more public business of actually talking to voters while the DNC works behind the scenes.

Dean got off to a difficult start in 2005, with party insiders still distrustful of him then. A few months into the job, he made headlines when he called Republicans "pretty much a white, Christian party" and said many GOP supporters "never made an honest living," because they lived off inherited wealth. But with Democrats in the minority in both houses of Congress and Bush in the White House, the party may have needed someone to rally supporters around. Dean's presidential campaign first caught fire with a speech at the DNC winter meeting in 2003, where he quoted the old Paul Wellstone line that he represented "the Democratic wing of the Democratic Party," and he brought the same pugnacious spirit to his new job.

What he didn't do as well was raise money, which is, after all, one of the main lines in the job description (see the entry for "McAuliffe, Terry," in political almanacs if you need proof of that). The DNC lagged behind the Republican National Committee for years in bringing in cash, even while the Democratic House and Senate campaign committees easily outraised their GOP counterparts. By last week, the RNC had taken in $336 million over the last two years, while the DNC raised only $206 million.

But Dean was resolute in forcing Democrats to compete in states they'd written off before, sending money and organizers around the country to help build up state and local parties. That helped Democrats win special elections in places like Louisiana and Mississippi this year, and helped pave the way for Obama's far more aggressive (and better-funded) grass-roots organization in nontraditional battleground states this fall. The DNC began sharing data on voters and demographics with state and local branches, as well; though it was never as granular as what Obama's campaign put together, it made a difference. "Having a resource within the party to do that was certainly a step in the right direction," said Don Bivens, the chairman of the Arizona Democratic Party. "Although the Obama campaign has also advanced that to a new art form, they weren't first. Dean was there before them."

Even some of Dean's critics are, if somewhat begrudgingly, giving him some credit for this year's results. "I think it's partial vindication," Democratic insider Harold Ickes told the Hill last week. Dean's Netroots supporters, meanwhile, are launching a campaign to make sure everyone knows whose idea that 50-state strategy was. "One of my goals the next few weeks is to make sure that Howard Dean gets his due props and, by extension, all of us who fought to make Dean's vision a reality," blogger Markos Moulitsas wrote Tuesday.

Of course, the question now will no longer be whether Democrats should ask for votes in places like North Carolina (or, for that matter, North Dakota, a state Obama tried to turn into a battleground in the closing weeks of the campaign), but rather, what's the best way to set the party up to do that going forward. By the time the next DNC chairperson takes over, it will seem hard to imagine that most of late 2004 and 2005 saw a raging battle among Democratic strategists over whether to focus on the same territory that John Kerry fell just short in, or whether to try to expand the map. It only takes a quick glance back at last week's election results to see how that one got settled. And that may well be Dean's lasting legacy, no matter who the next person in the job is.