A wrenching, sexy marriage drama from the new Ireland. Plus: Potter fans go berserk, and a dose of arty, self-indulgent Euro-erotica. 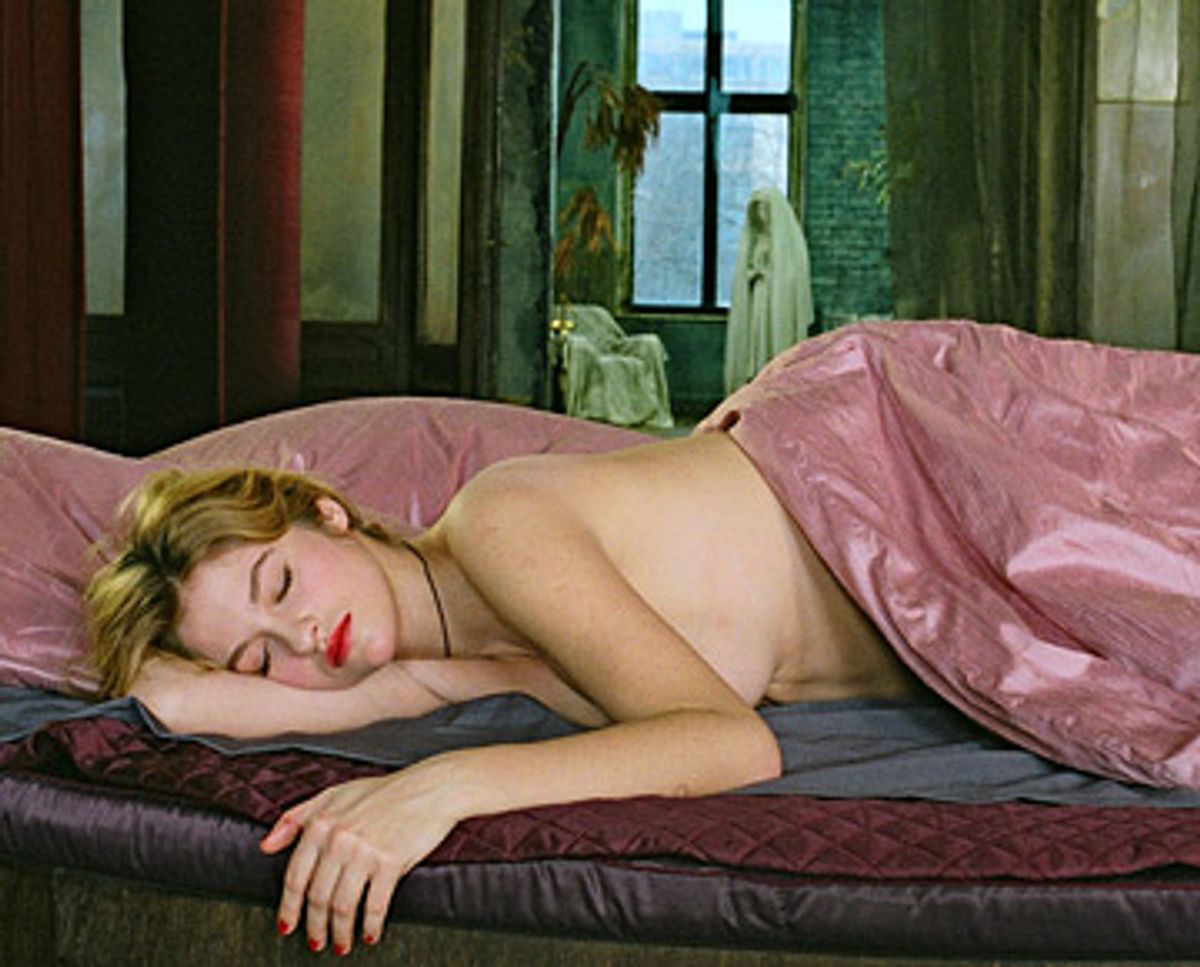 A woman in "The House of the Sleeping Beauties."

Just a couple of quick weekend hits on small-release new movies that might be flying under your radar, and pretty much everybody else's.

"Eden," a modestly scaled but powerful marriage drama set in a backwater Irish town, pulls the Emerald Isle's cinema into the 21st century in impressive fashion. Director Declan Recks and screenwriter Eugene O'Brien (who adapts his own play) admirably capture the blend of cosmopolitan culture and traditional folkways that has defined Irish society during its recent economic boom, but the heart and soul of the film is Eileen Walsh's vulnerable, startling and sexy performance as Breda, a 30ish wife and mother who's increasingly starved for affection and attention. Walsh won the Tribeca festival's best-actress prize, and you'll see why.

Breda's husband, Billy (Aidan Kelly), is slipping into early-midlife alcoholism and lechery, convinced that the town's teenage tart is warm for his form. Breda must do battle with familiar varieties of small-town snobbery and bitchiness, along with the totally unexpected arrival of a potential lover. Thrumming with anguish and erotic vitality, "Eden" paints a heartbreaking portrait of a newly affluent country (freed from dour priests, whiskey-soaked revolutionaries and shawl-clad women) afflicted with emotional growing pains. (Now playing at the Sunshine Cinema in New York. Opens Nov. 21 in Boston and Los Angeles, Dec. 5 in San Francisco, Dec. 12 in Philadelphia and San Diego, Dec. 19 in Washington and Jan. 9 in Houston, with more cities to follow.)

"We Are Wizards," Josh Koury's documentary about the wide-ranging DIY pop-culture universe that has sprung up around the Harry Potter books and movies, was among the delights at last spring's South by Southwest festival. It's highly enjoyable even if (like me) you're not much of a Potterphile. Starting with the "Wizard Rock" scene that has produced the warring indie bands Harry and the Potters (representing the forces of good, quite obviously) and their evil counterparts Draco and the Malfoys, Koury gradually moves on to more extreme phenomena like the self-described "Partridge Family of Wizard Rock," actually a noise-metal band whose lead singer was 7 years old at the time of filming. Then there's the genuinely inspirational saga of Heather Lawver, a teenage Web entrepreneur who has battled both Warner Bros. and a life-threatening cancer, sparking a worldwide boycott of Potter products.

Strangest and most delightful of all is Austin, Texas, comic artist Brad Neely (known for his widely disseminated animation "George Washington," a profile of "the most bad-ass of all people who have ever existed"), whose profoundly unauthorized audio work "Wizard People, Dear Reader" offers an alternate soundtrack to the first "Harry Potter" film. It's a vast improvement. I continue to believe that J.K. Rowling's actual books are not all that great. But the outburst of unquenchable self-invented creativity the Potter volumes have spawned, as seen here, is undeniable and completely irresistible. (Now playing at Cinema Village in New York. Opens Nov. 26 at the Denver Film Society, with more cities, and DVD release, to be announced.)

Sometimes the perfect thing to round out your weekend is a little pseudo-arty Eurosleaze. You know what I'm talking about, those of you out there with your Criterion Collection "Night Porter" DVDs, your hoards of Nicolas Roeg and Lina Wertmuller treasures. German actor-writer-director Vadim Glowna's new "House of the Sleeping Beauties" (adapted from the novel by Japanese writer Yasunari Kawabata) doesn't quite measure up to that standard, but from the sultry-jazz opening soundtrack to the bevy of slumbering nudes, it's got all the moody pretentiousness of European A-minus erotica at its finest. Plus it's got hubris to burn, since the 67-year-old director and star gives himself numerous nude scenes (one of them full-frontal) alongside a half-dozen or so unclad hotties.

Glowna plays Edmond, a widowed and depressed businessman, whose best friend (German screen legend Maximilian Schell) ships him off to an unusual brothel: Through some unexplained medication or mechanism, the assortment of lovely young things are always asleep, and won't wake up no matter what you do to them or with them. The house madam (Angela Winkler), a sexy but sinister dame close to Edmond's age, suggests flirtatiously that certain things are off limits and that punishment may attend violations. But since this is pretentious European erotica, nothing can actually be made clear. In fact, your first idea about exactly what brew of Eros and Thanatos is being cooked up here will likely be correct; Edmond figures it out too, which doesn't stop him from coming back. A self-indulgent and icky film, but reasonably well made and undeniably addictive. (Now playing at the Quad Cinema in New York. Opens Dec. 12 in San Diego and Jan. 9 in Chicago, with other cities to be announced and DVD release to follow.)