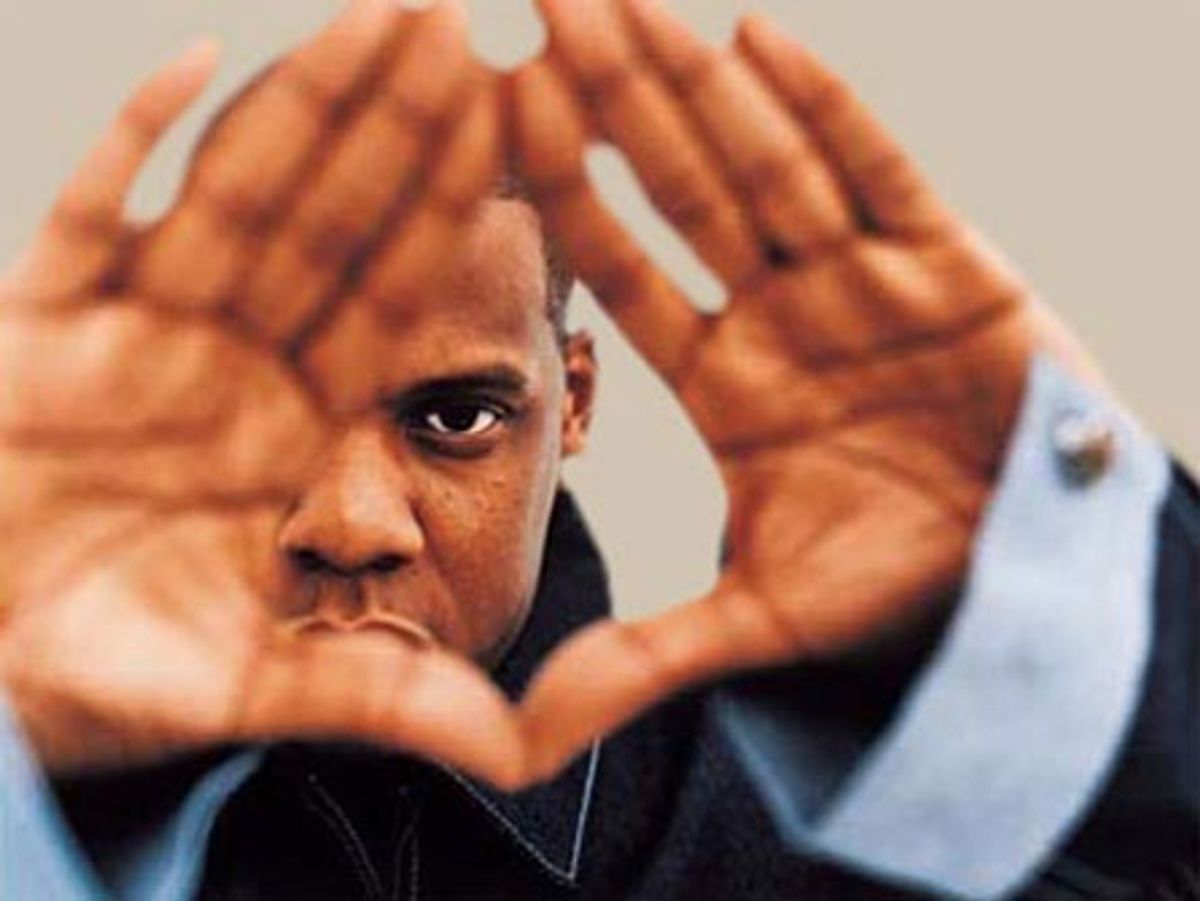 Jay-Z has never been at the top of most women's "hottest MC" list. He might have been the most admired rapper, he might have written the blueprint, so to speak, but sexy? Hot? No, that role was played by Tupac, by luscious and lip-licking LL Cool J, by Diddy, by Kanye West, rappers whose sexuality was part of their brand name: Poontang pirates versed in violence and rhymes.

Shawn Carter, on the other hand, was another type of icon: the rapper's rapper, the swaggering MC who didn't have to wear Prada to make an impression (but sometimes did anyway), the kind of cat every woman wanted to bang and every man wanted to be (especially, perhaps, his hip-hop nemesis Nas. But that's another story). At a seasoned 38 years old, Jay-Z is one of the country's most fascinating entrepreneurs -- the former owner of Def Jam Records and Roc-A-Fella sportswear, owner of the 40/40 chain of upscale sports bars and the New Jersey Nets and reportedly in negotiations with Live Nation to ink one of the largest contracts ever awarded to a musician. Oh, and he married Beyoncé Knowles this year. Not bad for a scrub from Brooklyn.

No less than the president-elect of the United States referenced Jay-Z this year, in his infamous "brush 'em off" gesture. And Jay-Z returned the favor, not only by staying admirably calm and patient during an election that offered myriad temptations to howl in fury but also by composing a statement so eloquent, so perfect and true, that it circulated around in boxes without attribution, as though it had simply sprung from the collective conscious. According to NME, it was Jay-Z who offered the following: "Rosa Parks sat so Martin Luther King could walk. Martin Luther King walked so Obama could run. Obama's running so we all can fly."

And Jay-Z is certainly flying high these days.