This Swedish actor has a whiff of arrogance, as if he thinks he's superior to the rest of us. Maybe he is. 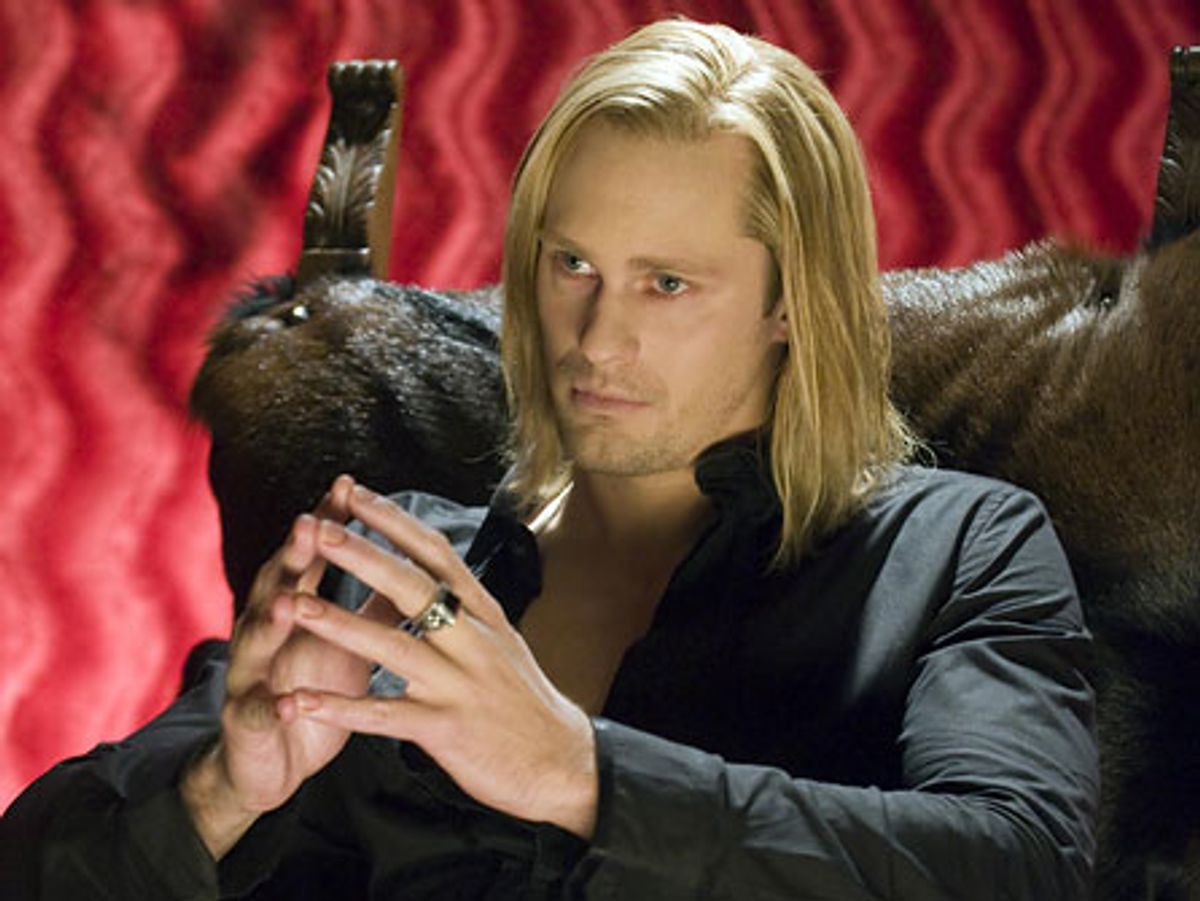 Alexander Skarsgård has a slightly superior air about him. Something in the way he squares his shoulders, in his unapologetic stare, in his swagger, feels at once inscrutable and slightly world-weary. The set of his jaw tells us that he finds mortals like us amusing, if somewhat pathetic.

In HBO's miniseries "Generation Kill," the 32-year-old Swedish actor brought a depth and thoughtfulness to Sgt. Brad Colbert that another actor might've missed. Colbert is a complicated mix of sensitive and brutish, intelligent and simplistic, and Skarsgård knew exactly how to capture these contradictions with intensity and restraint. Even obscured by his helmet, his eyes spoke volumes about his conflicted feelings regarding his company's mission. And he looked damn good in Marine garb. Maybe his hauteur comes from his credentials. The son of legendary character actor Stellan Skarsgård, Alex has been voted Sweden's sexiest man an ego-enhancing five times.

It's no wonder Alan Ball chose him to play the top vampire in HBO's "True Blood." Skarsgård's Eric is suave and delectable enough to make even a bloodthirsty ghoul go weak in the knees. His penetrating gaze tells us that he's better than we are, plain and simple. We shouldn't relish this irresistible whiff of disapproval, or find his arrogance so appealing -- but we do anyway, in spite of ourselves.