Strangers in a strange land 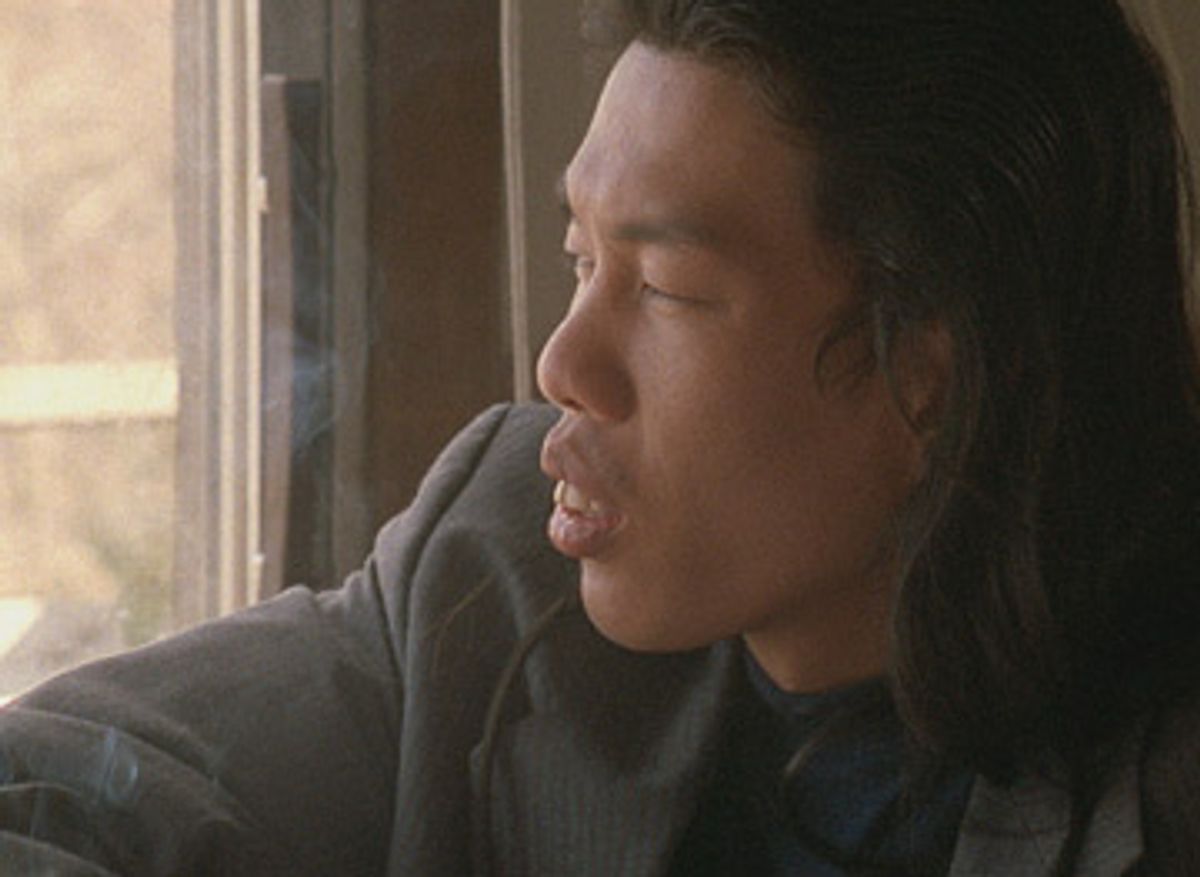 Courtesy of The Cinema Guild

Thavisouk Phrasavath in "The Betrayal."

Cinematographer Ellen Kuras is a filmmaking veteran whose work goes back to the late '80s. She's shot arty independent films ("I Shot Andy Warhol" and "Swoon"), Hollywood hits ("Analyze That") and combinations of the two ("Eternal Sunshine of the Spotless Mind" and "Summer of Sam"). Given that record, it's surprising it took her this long to direct her own film. Then again, the film took more than 20 years to shoot.

Made in collaboration with Thavisouk Phrasavath, a Laotian-born writer and film editor, "The Betrayal (Nerakhoon)" could be described as a family documentary. But that phrase doesn't do this beautiful picture justice, in a variety of ways. Over the course of its 96 minutes, "The Betrayal" does indeed tell the story of how 12-year-old Phravasath escaped from Laos in 1979 -- by swimming across the Mekong River to Thailand -- and eventually brought his mother and seven of his nine siblings with him to an ambiguous new life in New York.

Instead of the paradisiacal land of enormous lawns they'd been expecting to see in America, the Phravasath family found themselves in a filthy, overcrowded neighborhood of Brooklyn, N.Y., terrorized by crack addicts and gang members. Phravasath remembers thinking, when he first saw Flatbush Avenue, that they must have boarded the wrong plane and arrived on the wrong continent. His mother, in many ways the dominant figure in the film, insists that if she'd known what America was really like, she'd have stayed at home, even under the impoverishment and tyranny of Laos' 1980s communist regime.

That remarkable story is told only in fits and starts, and doesn't stick to any strict chronology, so viewers hoping for a clear narrative through-line may feel frustrated. But Kuras and Phrasavath are telling a lot of other interlaced stories along with that one. There's the tale of how the Vietnam War spilled across the borders into Laos during Phrasavath's childhood, when American bombers dropped close to 3 million tons of explosives on that rural, landlocked nation in an effort to root out North Vietnamese soldiers. There's the story of Phrasavath's missing father, a Royal Lao Army officer who worked for the CIA and then was imprisoned by the Pathet Lao government after the United States withdrew from Southeast Asia. (He isn't dead, amazingly enough, but his return many years later sparks some of the film's most painful scenes -- and provides it with a title.)

More than anything, "The Betrayal" is a cinematic essay about family and loss and home, one that's ironic and elegiac in tone and requires some patience. In blending home movies, newsreel footage, cinéma-vérité observation and Phrasavath's occasional, rueful narration, the filmmakers have created a shimmering, absorbing experience that's both specific and general, both concrete and abstract. It's about one Laotian family in Brooklyn and about almost every immigrant family everywhere in the country, about the allure of America and its often ugly reality.

It's to the great credit of the Academy's documentary committee that "The Betrayal" made the 15-film short list from which the Oscar nominees will be chosen. It's probably too elusive, allusive and undefinable to go much further in that process, but, hey, I've been wrong about the documentary Oscars before (almost every year). The film will be released slowly and steadily across the country in coming months before reaching home video, and and the Phrasavath family's odyssey is one you won't soon forget. Maybe it won't take Kuras another 23 years to make her next feature.

"The Betrayal (Nerakhoon)" is now playing at the IFC Center in New York. It opens Jan. 9 at the Denver Film Society, Jan. 16 at the Laemmle Music Hall in Los Angeles, Feb. 20 in Dallas, Feb. 27 in San Francisco, March 13 in Seattle, March 20 in Minneapolis and March 27 in Houston, with more cities to follow.