The terrorists who attacked Mumbai struck the heart of city life. 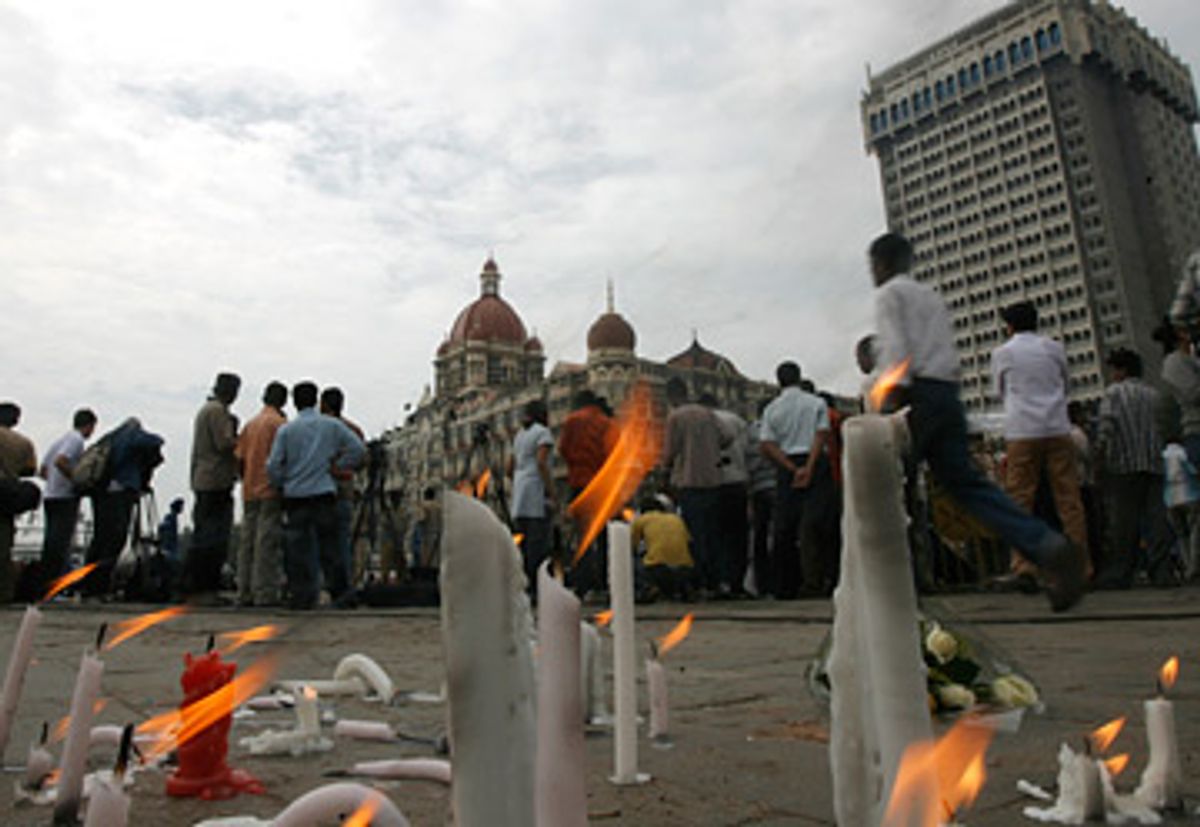 For 60 hours last week, the random life of one of the world's great cities became a nightmare of death.

The terrorists who attacked Mumbai did not succeed in demolishing any of its landmarks. But they attacked its life. They targeted the very idea of a city. And they made a spectacle of horror.

For those of us who live in cities, the simple experience of city life is intimate and priceless. Our days are inseparably bound to its rhythm. We know and love its streets and its moods. We treasure its anonymity, laugh at its vulgarity, marvel at its beauty, are seduced by its history. It is more than a background to our lives. It is an essential part of who we are, in the same way that the mountains are an essential part of those who live among them.

The bloodstream of a city is the life in its streets. To stroll aimlessly through a great city is one of the defining experiences of modern civilization. As the French historian Henri Pirenne noted, cities have represented freedom since the Middle Ages -- and they still do. As you wander to and fro, unencumbered by possessions, carried along without necessity or constraint, you are as liberated as a happy pauper. You own the city, its bewildering and intoxicating mix of people, its architecture, its heedless flow. Your footsteps leave a unique trail, an undecipherable hieroglyph. The random, the contingent, the unplanned are at the very heart of experiencing a city.

Terrorism is intentionally spectacular. Many of the world's most infamous terror attacks have been hideous spectacles. And the most spectacular of all was 9/11. For weeks after the twin towers fell, I could not look at the skyscrapers across from Salon's office without imagining them collapsing, a feat of visual imagination so dizzyingly impossible that it induced a kind of hallucinatory vertigo.

The late avant-garde composer Karlheinz Stockhausen notoriously said that the 9/11 attacks were "the greatest work of art that is possible in the whole cosmos." Stockhausen had lost his moral compass when he spoke those words, wandered off into some pseudo-Nietzschean never-never land where his hyper-aesthetic worldview trumped humanity. But there is a grain of truth in his dictum. One of the recurrent responses to terror attacks is, "It felt like a movie." And the moment when the jet plane disappears into the World Trade Center is a film that will play in all of our heads forever. That movie will never make any sense -- in fact, it destroys the very idea of sense. When destruction of meaning repeats endlessly on a loop, meaninglessness is turned into a terrifying totem.

This is what terrorists want. Their goal is to theatricalize horror and make life itself unbearable. As 9/11 proved, there are seemingly no limits to the obscene imaginations of those whose medium is death. And the Mumbai attack represents a new and dreadful development: terrorism that invades a city from inside, that travels through its bloodstream like a virus.

The Mumbai attack was horrible because of its assault on the intimacy of city life -- people standing on corners, having coffee, buying a train ticket, helping their children across a street. The terrorists -- incredibly, there may have been only ten of them -- landed on a dark beach in an inflatable boat and then fanned out through the city like tourists from Hell. A photographer who followed them said they looked like "backpackers with assault rifles." But the guidebook they were following only highlighted death.

An amazing Associated Press story lays out the chronology of their appalling Grand Tour. They walked the streets in pairs and killed anything that moved. They slaughtered dozens of people in the train station, moving platform to platform. They killed random passersby on the streets. They dropped in on a famous café and massacred everyone they could. They shot down an old couple who had looked out their window to see what was going on. They blasted people eating in restaurants. They took over two of the city's most famous hotels and hunted down people room to room in hotels, some of whom managed to survive for days before being murdered.

Terrorists, like some youthful murderers, can be copycats. The lone captured Mumbai terrorist said he and his comrades wanted to give India her own 9/11. They did not kill as many people or bring down any landmarks, but they did something just as frightening. They made terrorism personal. They killed face to face and door to door, slowly and methodically. They turned Mumbai's streets into Stalingrad and her hotels into the psycho-haunted structure in "The Shining."

By so doing, they targeted the inchoate harmony, the tough communal spirit, that keeps a city from becoming a Hobbesian jungle. When madmen with automatic weapons have invaded your secret paths through the urban forest, how can you still walk on them? The attackers tore away the carefully stitched human tapestry of life and work and play that surrounds a city and exposed it to the infinite void.

"There is only so much a city can take," an anguished resident of Mumbai wrote during the city's endless ordeal. The wounds inflicted by the murderers, not just to Mumbai's people but to her spirit, will take a long time to heal. Those three days of horror cannot be undone. It may be years before Mumbai feels the way it did before.

But it will happen. The great chaotic river of city life will run again, clean of blood, free of paralyzing memories. Because a city, the idea of a city, cannot be killed, not by ten gunmen or ten thousand.

Great cities belong not just to their inhabitants but to the world. With all their maddening flaws, their crowds, poverty and pollution, they are among the crowning glories of human history. This is one of the reasons why people across the planet were so deeply moved by the attack on New York City: Even for those who have never been there, New York represents a certain idea of what humanity is and is capable of. The post-9/11 mantra "We are all New Yorkers now" was partly driven by an outpouring of global sympathy for fellow humans struck down, but the glorious myth of the city also played a role. If terrorists had blown up the Pantheon, the Hagia Sophia or Big Ben, the world would react in the same way.

Now the madness has descended upon the second-most populous city in the world, the cosmopolitan heart of a great nation. I have never been to Mumbai, or India for that matter. I do not pretend to know how to combat the horrible virus of terrorism, although I know that my country's response has not worked. But there are times to speak of politics and strategy, and there are times to affirm humanity. As a fellow city dweller, and a fellow human being, I join people everywhere in saying: We are all residents of Mumbai today.