Sanity was nowhere to be found at the press conference held by the alarmists who believe Obama is not a U.S. citizen. 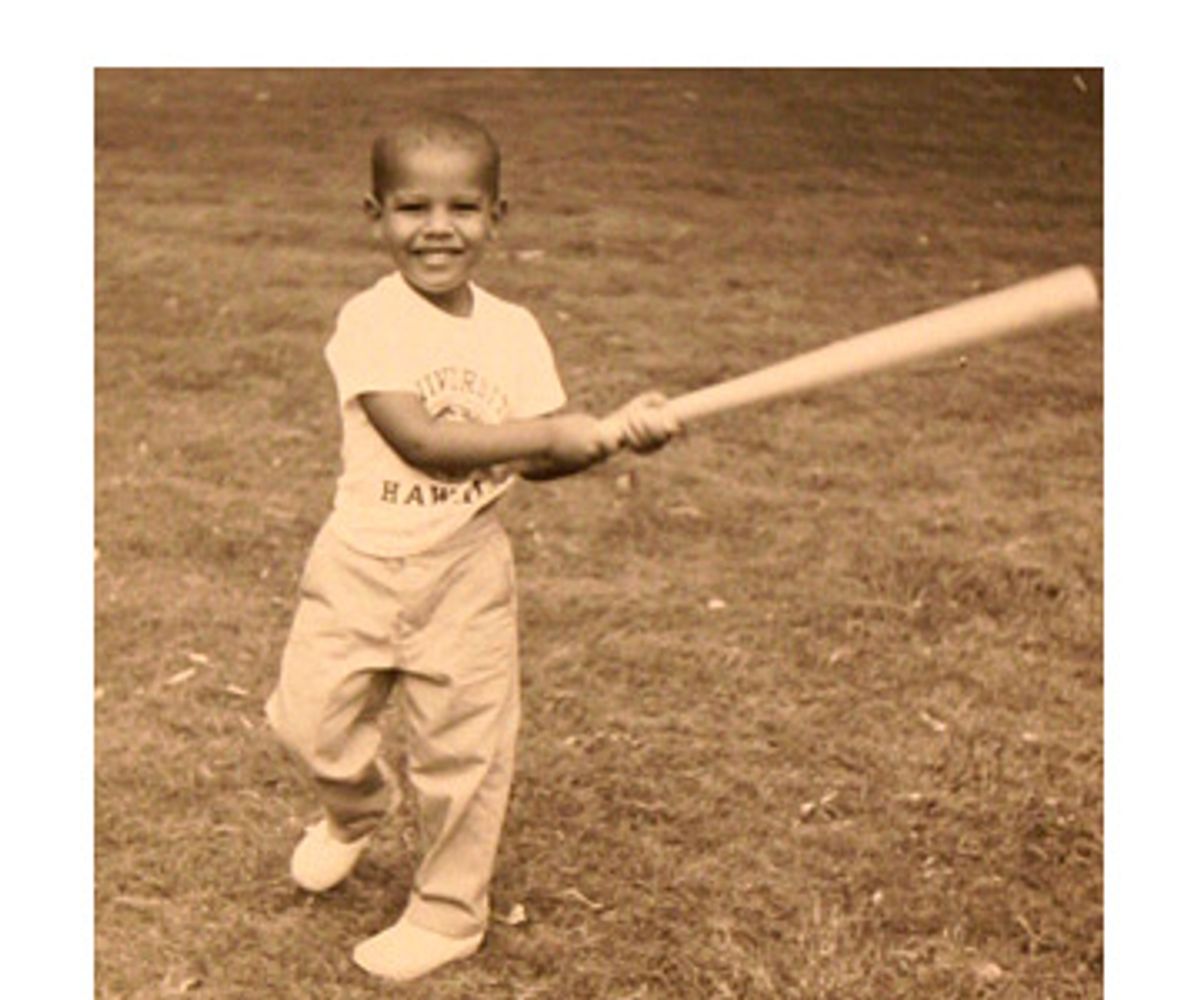 At first it was a relief to see that the conspiracy theorists who believe Barack Obama isn't eligible to be president didn't shoot any pumpkins at their press conference Monday afternoon. After all, the proponents of this latest theory seem to be heading for levels of mania that even Dan Burton never dreamed up as he investigated outlandish claims about Bill Clinton. (If you need to brush up on your conspiracies, Burton resorted to blowing away squashes in his backyard to show how Clinton had a hand in the murder of White House counsel Vince Foster.) But considering the Supreme Court had refused Monday morning to hear a lawsuit about Obama's citizenship, there was reason to hope that maybe things at the afternoon press conference would stay reasonable.

Two and a half hours later, as dentist-slash-lawyer Orly Taitz harangued reporters for not investigating whether Obama's mother was actually dead, that hope had been obliterated. It was crushed by a torrent of half-baked legal theories, vague platitudes about the Constitution and sinister "facts" assembled by a collection of true believers so extreme that even Michelle Malkin wants nothing to do with them. (Let alone actual Republican operatives, who appear to realize that questioning Obama's citizenship isn't the best way to begin their journey out of the political wilderness.) Although the news conference wasn't quite over when Taitz began her harangue, it had been 15 minutes since a member of the audience compared Obama's alleged electoral fraud to how Hitler rose to power -- a sure sign it was well past time to leave.

The gist of the conspiracy theory is that Obama doesn't meet the Constitution's requirement that a president be a "natural born citizen." Somehow Obama is concealing the fact that he was either born in Kenya (or maybe Indonesia) or that he renounced his U.S. citizenship as a child. One of Taitz's fellow alarmists, Pennsylvania lawyer Phil Berg (a bipartisan conspiracist -- he believes George W. Bush was behind 9/11), said Obama is an undocumented immigrant. Most of this "evidence" is easily debunked, though it can get confusing as it gets more feverish.

At any rate, the theory goes, Obama's not fit to take office, and Taitz and Berg, along with a few followers and the main ringleader for Monday's show, anti-tax activist Bob Schultz, aim to stop him. Schultz feels so strongly about the threat Obama poses to the republic that he spent tens of thousands of dollars on full-page newspaper ads last week, and plans to hold a citizens' conference after Inauguration Day if the courts don't intervene -- just the first step, apparently, in a process that Schultz says is devoted to resisting a government that has turned lawless.

"This nation is headed towards a vortex of a Constitutional crisis," Schultz said. "While on the one hand, the Obama citizenship issue is so simple a schoolchild could grasp it, if left festering and unanswered, it possesses the potential to send our nation into a time of great peril."

Talk like that could seem like a real threat, especially with the country dealing with the collapse of the economy and more than enough war to keep any president busy. But Schultz and his allies are having a tough time winning over the masses with their far-fetched theories. About 150,000 people have signed a petition at RallyCongress.com about Obama, which sounds like a lot, until you realize that it's about one-tenth of 1 percent of the total votes cast in the presidential race this year.

Throughout the press conference, the conspiracy theorists had trouble keeping things focused. Harlem minister James David Manning wandered off on a tangent about how Obama's election still means "there's never been a black womb" that produced a president. Manning might have seemed like he was making a case against Obama based on some theory of black nationalism, except that he admitted he had endorsed John McCain in the campaign. That was after he had called Obama "this usurper, this long-legged mack daddy."

Taitz -- the lead attorney in the case the Supreme Court declined to hear Monday morning -- kept making stranger and stranger assertions. At one point, she asked why the government had fined broadcasters for Janet Jackson's "wardrobe malfunction," but didn't intervene to force the media to report on Obama's allegedly phony birth certificate. She claimed Obama holds passports from at least four countries, compared him to Black Panther leader Eldridge Cleaver, equated the "controversy" about Obama to Watergate, and finished her tour-de-force presentation by saying that if Obama can claim he's a U.S. citizen and win an election, then so could just about anyone. "If a person can become a presidential candidate only based on his own statement," she said, "then somebody like Osama bin Laden, theoretically, can come and write a statement, 'I'm eligible,' and we should put him on the ballot, too?"

That sort of thing went on for 90 minutes before Schultz opened the press conference up to questions. It was clear from the occasional applause that most of the people in the room agreed with Schultz, anyway. Although the event was at the National Press Club, that's no guarantee of mainstream media interest. Groups may appear legitimate because they hold a news conference at the club, but the dirty little secret is the club rents out its rooms to anybody who shows up with the money. Most of the people apparently came from the weirder corners of the media. One friendly questioner, Shelli Baker of Morning Song Radio, wound up taking the mike for about 10 minutes to tell a complicated story involving Saudi oil barons, John Ashcroft, sharia law, the World Bank and Mitt Romney, which left even Schultz confused.

By Jan. 20, the courts -- which have, so far, uniformly refused to treat this matter as anything other than a nuisance -- will probably have left Schultz and his friends out in the cold. But the enduring power of any conspiracy theory comes from its ability to adapt to any circumstances, and this one is no exception. The only thing legal defeats teach the anti-Obama crowd is that the judges are in on it, too. Berg has another lawsuit up his sleeve if the ones he's involved in fail, though he said he couldn't talk about it because the proceedings have been sealed. For the foreseeable future, there could be "a new lawsuit for every action Obama takes" as president, Berg said. And to think Clinton had it bad.