Not in the White House. But thanks to the recession, women are skipping the Brazilian and finally growing a little hair down there. 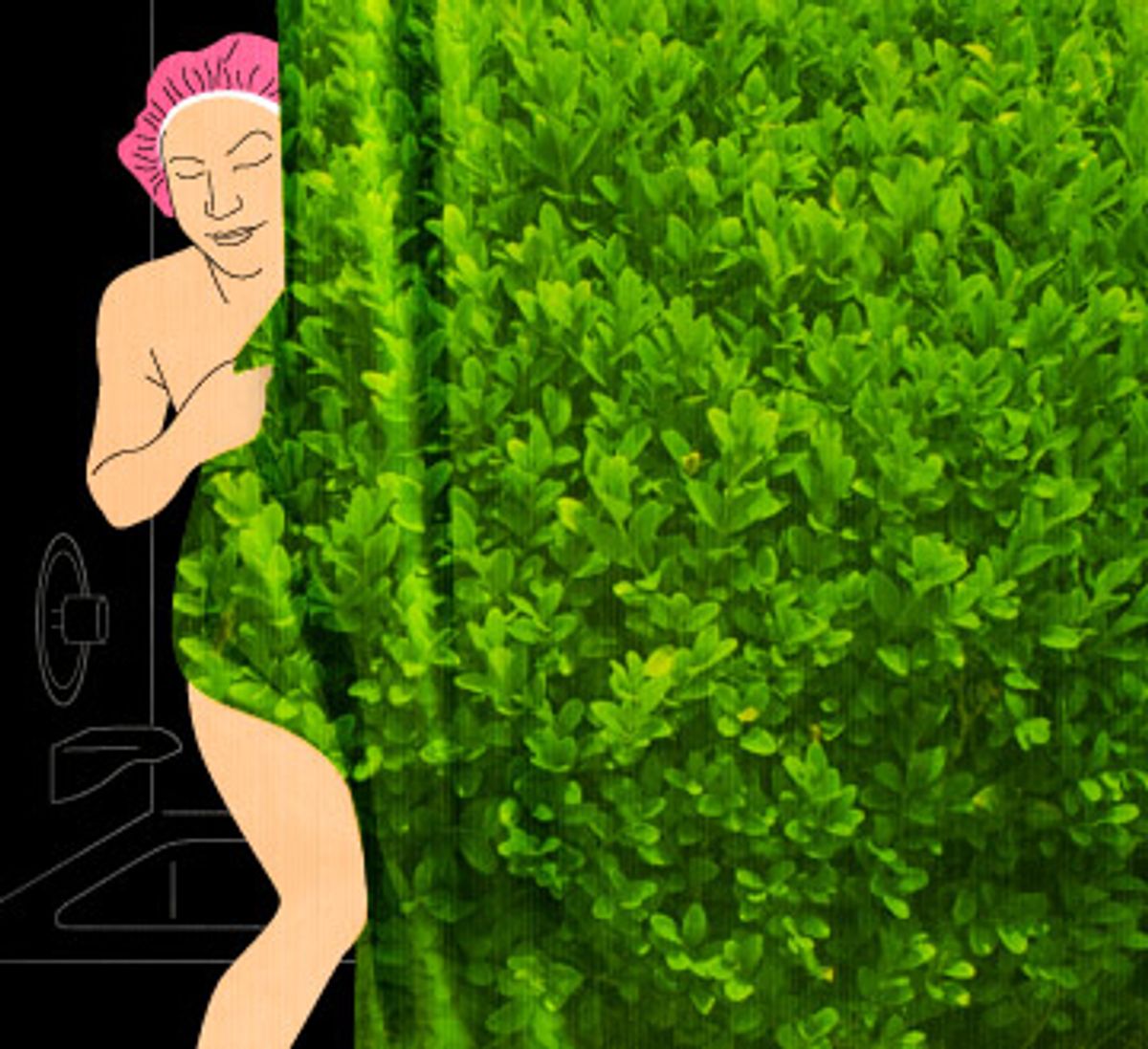 Recently someone forwarded me an invitation to a cheeky Inauguration Day event called "Shave the Date." As organizer Kristen Chase explains on her Web site, "Show your love for your country, and as you watch our new president take his oath and feel your satin undies against your smooth nether region, you can take pride in knowing you've rid your world of bush once and for all."

Now, you'll be hard-pressed to find anyone more eager than me to offer Junior a hearty farewell to wherever ex-president frat boys go. And the event is, indeed, a lovely act of unity. But I won't be participating in this brilliant call to action. See, it ignores one thing: W. may be leaving the White House, but when it comes to our most private places, bush is back.

"Absolutely," agrees April Barton, stylist extraordinaire and owner of Suite 303, the salon in New York's notorious Chelsea Hotel. "The new rule of thumb is: When you lift your leg, there shouldn't be any hair below the crease. Keep it clean in the back. And in the front, trim the hair right before its natural curl." She likens the look to a more trimmed, 21st-century version of '70s pubes: the tailored bush.

Or, as my friend Jen put it, "My landing strip has turned into more of a Dorito."

It should probably come as no surprise that the biggest economic crisis since the Great Depression would inspire a little fuzz. Conspicuous spending is out, after all. And maintaining a stripper-worthy wax job ain't cheap.

"It's back to shaving in the shower for me," says Catlin, a brand manager for a Los Angeles  fashion label.

"It's a fortune to keep a trim bush," bemoans Meredith, a healthcare marketing executive.

That was Bill Maher's take, when he lamented on a Sept. 19 episode of "Real Time With Bill Maher," "Bring back a little pubic hair. Not a lot. I'm not talking about reviving that 1973 look that says I'm liberated ... and I'm smuggling a hedgehog. I just want a friendly, fuzzy calling card that tells me I'm not going to get arrested."

These days, even Playboy -- and it's hard to find better experts on the matter -- acknowledges a departure from a near-decade run of absolute clean living. Gary Cole, the Playboy photography director who has observed the region's changing landscape since 1975, says, "It started [in the '80s] with trimming and a landing strip, in part a reflection of the skimpier swimsuits. Then it went further to tiny patches, then to none at all. Now, the pendulum is swinging a little the other way."

And I, for one, am not going to complain.

I first took a lady Schick to my bikini line sometime during the second term of the Reagan administration. The process guaranteed unpleasantries: razor burn and in-grown hairs, not to mention the constant and necessary repetition. But in time, with increased skill, the invention of the gazillion-blade razor and ladies-only shave gel, I gave the task little thought. Until I moved to New York City, of course, where highlights from a New Jersey mall and a "natural" brow were the sartorial equivalents of hate crime. Eventually, seduced by the city's indulgent carelessness, I let Sonya and her thick imported Brazilian wax have their way with me. My lady garden -- once lush -- now lay nearly bare. And for years, that's how it stayed: a tiny patch of hair, not dissimilar to Hitler's mustache.

But in recent months, I've longed for the fuller landscape of yesteryear. While I've become accustomed to some benefits of the Brazilian -- it does clear a nice path for action -- I'm aching for change. The act itself is invasive. I'm feeling a little rebellious. And, hey, money is tight.

It does seem that George Taylor's famous hemline theory -- that the length of women's skirts rise and fall with economic times -- can be applied to bikini lines as well. In 1922, Sears and Roebuck introduced the first women's razors. Electrolysis emerged in the '60s until social and political rebellion gave way to a renewed celebration of "Hair" (whose upcoming Broadway revival is no mere coincidence). Then, in the '80s, power suits and polished, tight skin reigned, just before Black Monday pushed bikini waxing to the bottom of "to do" lists. As the millennium neared, however, dot-coms let the money and the liquor flow, and women bared all like never before. As "Sex and the City" reminded us (and reminded us again), the Brazilian plowed its way across America's heartland, but these days those crops are growing back -- in Technicolor.

Take, for example, Betty Beauty, a pubic hair dye in a range of colors made popular not by young club-goers but by middle-aged Middle American women. Nancy Jarecki, founder of the product, explains, "The boomers are buying our product. They spend hundreds of dollars getting their hair that beautiful auburn color. They want it to match. And they want to cover gray." Seventy-three percent of Betty Beauty total sales are sold to women over age 36. And by the way, 42 percent of their Middle American clientele prefer pink. (The product isn't just for Kansas anymore, however. According to the Superficial, Betty Beauty is also popular with celebrities like Mariska Hargitay and Christine Taylor, Ben Stiller's wife.)

But as a woman, I think there is something powerful in deciding that products and waxers and experts don't need to come between you and your private parts. It's OK to be a woman again -- a real woman, hair and all.

And, as April Barton points out, "'Racing stripes' are not safe and secure. And security is what's important right now. It's nice to have a little something to come home to. It's time to get back to basics."

Personally, I've garnered only positive feedback with my new coif.

So while some women shave themselves silly on Jan. 20, I plan to enter this new era with a tailored modern mini-bush and a reclaimed sense of womanhood. Maybe, if the bikini line theory plays out, we'll all go back to the Telly Savalas sooner or later. But the promise of a new America under an Obama administration gives me greater optimism. I envision a country where we can one day have it all -- a booming economy, national security, a healthy respect for sexuality  and even a little bush. I say, Yes we can.

Lisa Germinsky is a New York-based freelance writer. She is currently writing the screen adaptation of "The Calligrapher" by Edward Docx.