Probably nothing. But by mishandling the scandal, his team has allowed questions to be raised where there were none. 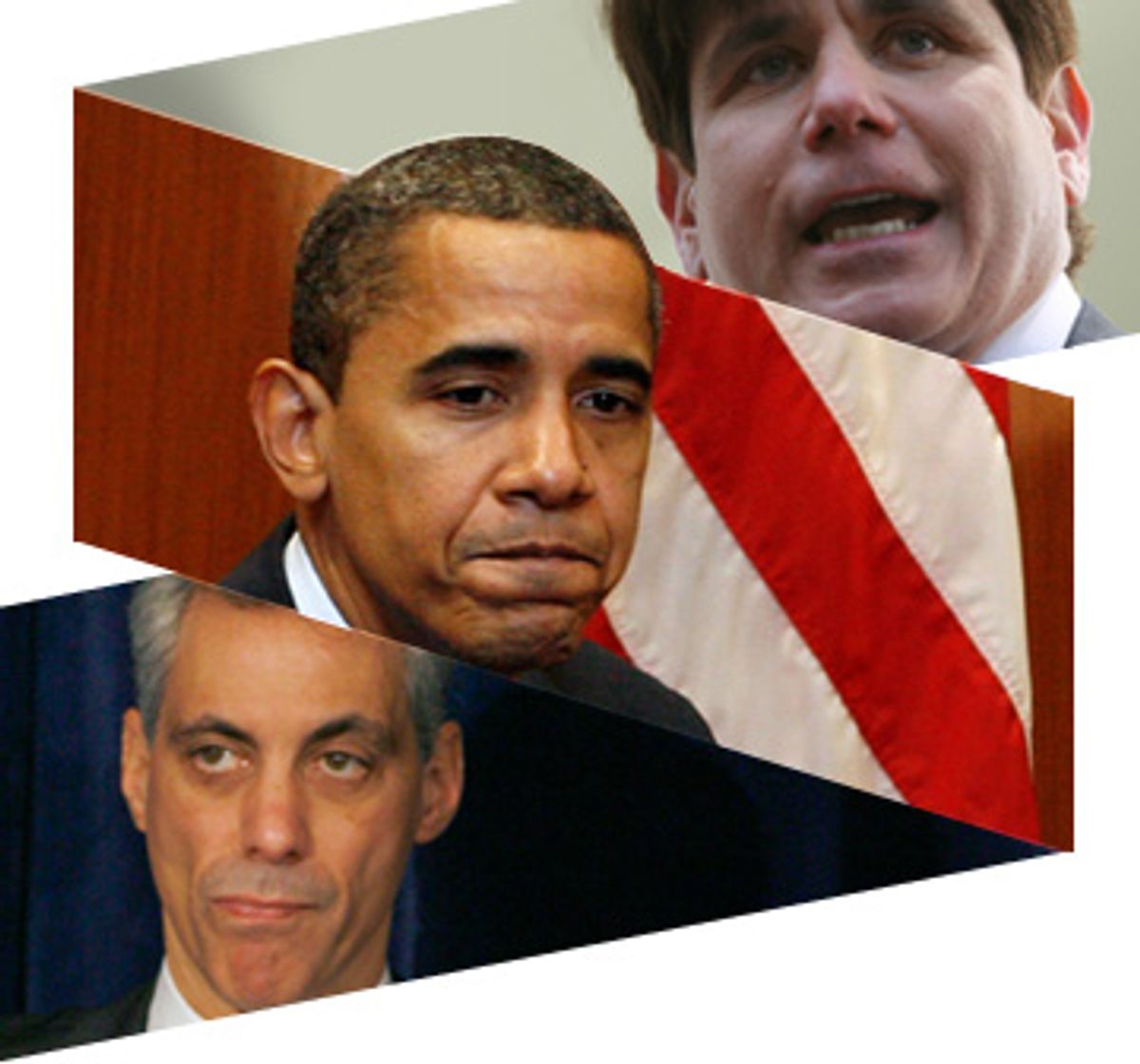 While the Blagojevich scandal so far has exonerated rather than implicated Barack Obama and his staff, the president-elect's camp has made some unnecessary mistakes in response. Inflated and distorted by hostile critics, those mistakes have risked creating public suspicion where there need be none.

When a scandal breaks in the media, the most important aspect of any political response is clarity. Vagueness provokes distrust, which is only intensified by brusque responses to reporters' inquiries. Innocent fumbles create an appearance of dishonesty or concealment, even when there is none -- and inevitably, political opponents distort that false appearance even further to their own advantage.

The impulse to create distance between Obama and Blagojevich was understandable, given their common political roots in Chicago, but was excessive in its zeal and haste. By seeming to suggest that there had been no contact with the Illinois governor about appointing a new senator to replace him, Obama and his aides set up a scenario that could only be punctured by subsequent facts.

Indeed, Obama had every right and reason to be concerned with who might replace him in the Senate -- and there was certainly nothing wrong with him or anyone who works for him engaging in discussions of that matter with Blagojevich. But as the scandal emerged, all such contacts suddenly seemed to carry a taint -- an impression that Obama seemed to affirm. Reflexively but wrongly, he behaved as if no such discussions had occurred, without quite saying so.

So when the Chicago Tribune reported that Rahm Emanuel had in fact discussed the Senate appointment with Blagojevich or his aides on nearly two dozen occasions, it meant trouble. There is no indication that the incoming White House chief of staff engaged in any illegal or unethical conduct. There is certainly no indication that those contacts were "inappropriate." But the revelation encouraged every insinuation that Obama and his staff are somehow obscuring the real nature and extent of their relationship with the disgraced governor.

This political problem arose in part because Obama was so eager to appear purer than any politician can actually be. In his initial statements, he sounded as if he was trying to say that he knew nothing at all about the selection of his successor. "I had no contact with the governor or his office and so we were not, I was not aware of what was happening," he told the press, and refused to elaborate.

That remark clarified nothing; today it seems like obfuscation at best and prevarication at worst. Nobody is likely to believe that Emanuel spoke more than 20 times with Blagojevich or the governor's aide John Harris without informing Obama about those conversations. To insist that he had "no contact" when his top aide was involved in so many contacts is precisely the kind of parsing that undermines confidence.

Yet there should be no need for parsing, because the facts are entirely on Obama's side. To date, the evidence confirms Obama's assurance that he and his staff did nothing "inappropriate." Indeed, he may be unique among Chicago politicians, in that he has been exonerated of wrongdoing not just by a United States attorney but by the alleged criminal, who curses him roundly on tape for unwillingness to "pay for play."

Moreover, the repeated complaint by the press and the Republicans that Obama and his aides are unwilling to answer questions or release their internal investigation is simply unfair. As the president-elect and his spokespersons have explained more than once, U.S. Attorney Patrick Fitzgerald has urged them to be circumspect, if not utterly silent, while he continues his investigation. Yet the snarking has continued even after Fitzgerald released his own statement confirming that request.

Still, there are legitimate questions that need to be answered -- and it is to be hoped that answers will be forthcoming next week, when the Obama team has promised to release its own report on the Blagojevich matter. Under the direction of incoming White House counsel Greg Craig that report is already complete, and found that neither Obama nor his staff had done anything untoward in dealing with Blagojevich.

Presumably that document will include a timeline and summary of all the contacts between Emanuel (and any other Obama representatives) and Blagojevich (or his office). Beyond that basic information, journalists are certain to ask whether, for instance, the president-elect actually changed his mind about promoting top aide Valerie Jarrett for his former Senate seat, who once led his list of "acceptable" nominees, and why. Did resistance from Blagojevich, who seems cold to "Senate Candidate 1" in the federal wiretaps, have anything to do with it?

A thorough report and a press conference where Obama answers those questions fully and candidly ought to put the Blagojevich scandal to rest, as far as he is concerned. But as president there will be other scandals (and pseudo-scandals) in his future. He seems much too smart not to learn what this episode's errors can teach him.