Not even a masked superhero can save this stylized but spiritless movie based on a legendary comic book. 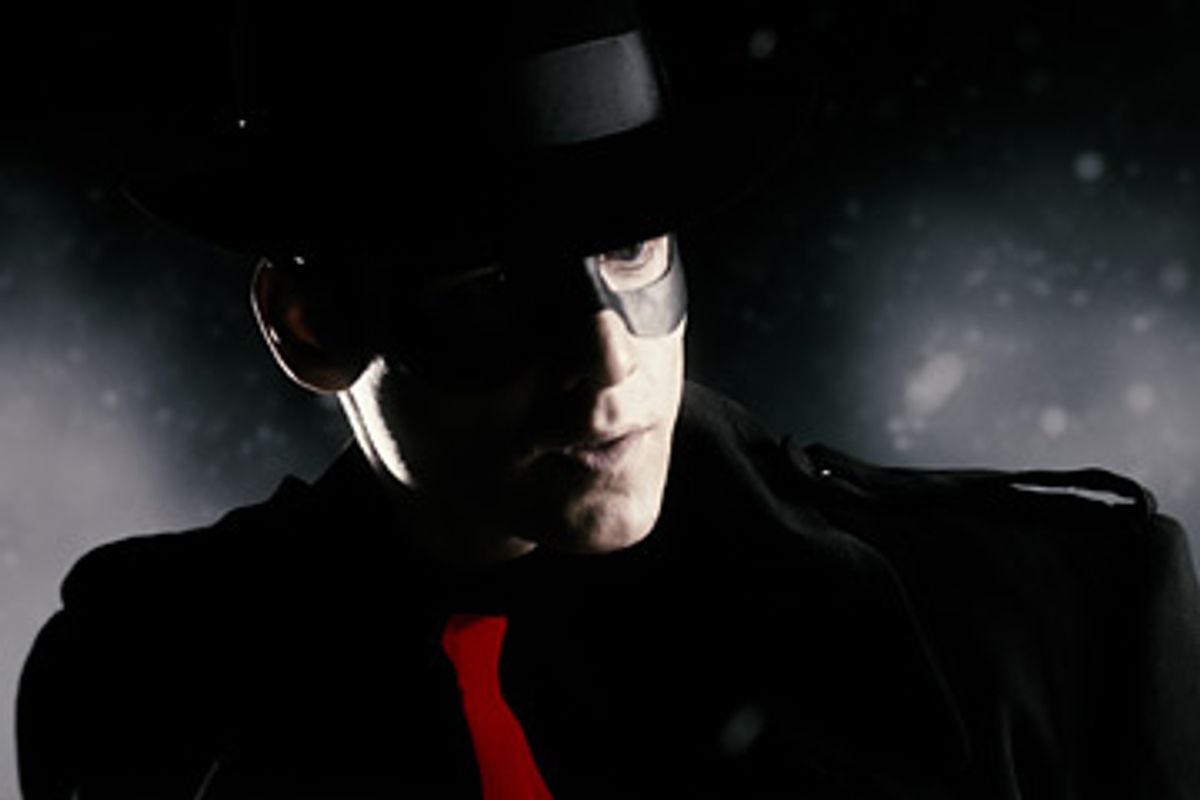 For the first 15 minutes of "The Spirit," the solo directorial debut of comic book king Frank Miller, I found myself seriously trying to puzzle out why "Sin City" (which was co-directed by Miller and Robert Rodriguez) was so brazenly effective from the first minute, while this one is DOA. Both pictures are highly stylized and extremely digitally enhanced, and both are informed by a pulp-noir sensibility. Both are at least somewhat violent (though "Sin City" is much more so) and laced with sick-as-hell jokes.

But in minute 16, I stopped puzzling and started yawning. "The Spirit" is based on the legendary comic strip of the same name, created by Will Eisner in 1949. The strip's hero was Denny Colt, a deceased cop who'd returned to his beloved city -- a New York stand-in called Central City -- as an almost-indestructible crime fighter who, unlike the suited versions of Batman or Superman, looked unequivocally human: The Spirit's "costume" consisted of a suit and tie, topped off by a dashing but utilitarian fedora. The only thing about his appearance that signified superhero status in any way was a simple black mask, a triumph of understatement over flash.

"The Spirit" ran in the Sunday sections of newspapers through 1952, and it's revered (for good reason) by comic book fans to this day. You can't blame Miller for wanting to adapt it to the big screen. But while Miller certainly has a strong visual sense (as a comic book artist, he knows how to compose beautifully within the frame), he's clueless about movement and pacing, and his actors seem to have no idea what's going on, either. Gabriel Macht ("A Love Song for Bobby Long," "The Good Shepherd") plays the Spirit, reciting his lines in a Jack Webb monotone that ought to suit the style of the enterprise but just comes off as lifeless. His nemesis is the Octopus, a devious villain in search of the secret to eternal life played by Samuel L. Jackson, who sure acts like the undead, all right. He does little more than scowl and pop his eyes, going so far over the top that it's clear he treats the whole thing as one tremendous joke with a paycheck attached -- he throws away the performance as if it were a piece of garbage.

There are some extremely enticing-looking women in "The Spirit," including Eva Mendes as Sand Saref, the Spirit's childhood sweetheart, who has grown up to be an international jewel thief. Her character wears a succession of tops slit down, and skirts slit up, to there, but Mendes perpetually wears the look of someone who's all dressed up with nowhere to go. Scarlett Johansson is Silken Floss, the Octopus' smart-girl sidekick, who favors tight skirts, shortie boots, cat's-eye spectacles and French-girl berets. She makes her entrance in a set of false eyelashes constructed from long, fluttery feathers -- a clever touch -- but Johansson can't find the sweet spot between vamp and camp, and Miller obviously has no idea how to guide her.

Nearly all the actors here respond to the stylized nature of the story by overplaying, which is the exact opposite of what they need to be doing. It takes more restraint, not less, to keep your character afloat in an overscaled comic book setting.

The overall look of "The Spirit" -- with its high-contrast black-and-white palette, accented with both vivid and muted reds -- might have been more exciting if the superb opening credits of "Mad Men" hadn't gotten there first. It's not that the look of "The Spirit" is derivative, necessarily -- it's just that the whole thing looks cheap and tinny, especially in comparison to the stark, grainy lushness of "Sin City," a seeming contradiction in terms that worked beautifully. Even the Spirit's mask -- an elegant noncostume costume as originally devised by Eisner -- looks as if it were cut out of electrical tape with a pair of blunt scissors. Miller seems to have brought neither his brains nor his heart (both of which we know he's got) to this project. The style is willing. But the spirit is weak.