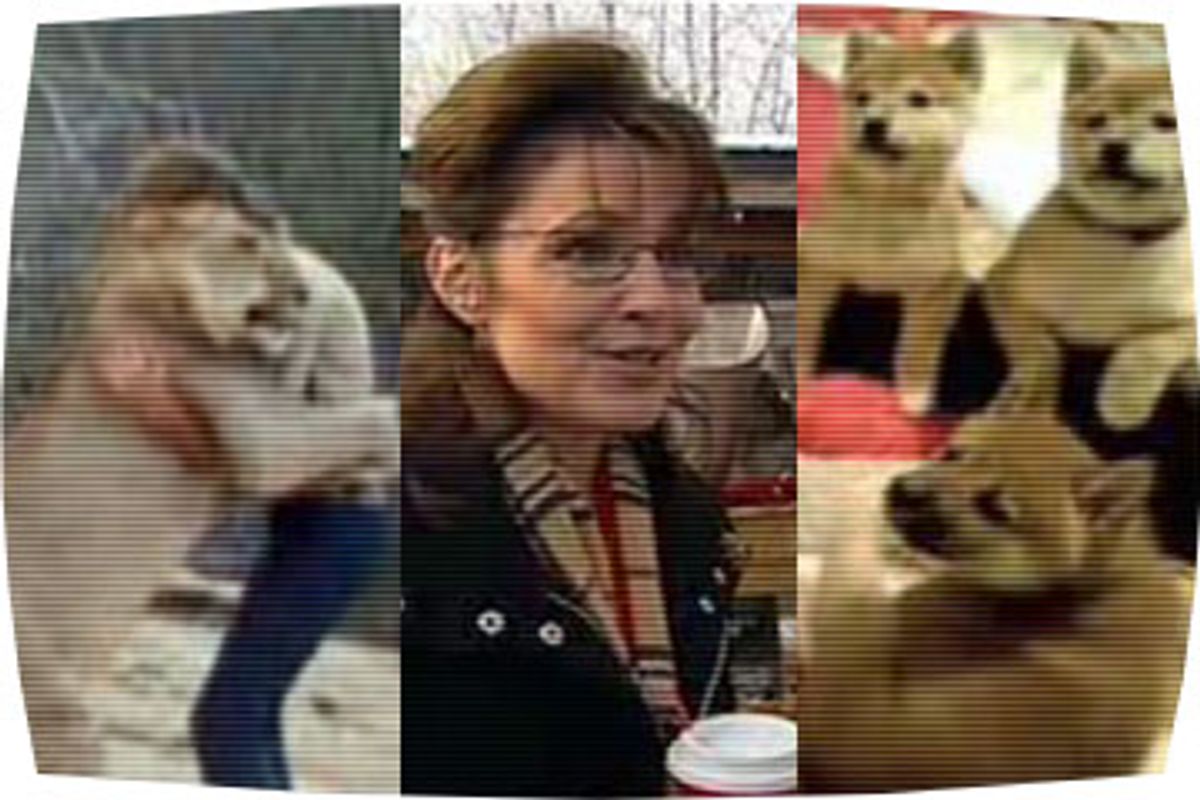 Among other things, 2008 will be remembered as the year that professionally produced Web video finally trumped amateurs with webcams. Although YouTube continued to attract a huge number of viral video viewers, the Internet celebrities of 2007 were overshadowed by real celebrities, as television segments enjoyed a legal (and almost profitable) life on the Internet, and professionally produced shorts popped up on smaller sites all over the Web. But despite Andy Samberg's best efforts, and Sarah Palin going viral like a case of the measles, people still couldn't get enough animal videos. We'll begin with one of our favorites, about a very special feline named Christian.

In 1969 two young men, John Rendall and Ace Bourke, bought a lion cub from the exotic pet department at Harrods in London; they named him Christian. When the cub grew too big to keep in their apartment, they reintroduced him to his natural habitat. In 1972 Rendall and Bourke returned to Kenya to find their lion. The video captures the emotional reunion. The lion wraps his paws around his old friends while Whitney Houston's "I Will Always Love You" swells in the background. This particular YouTube clip (one of several) surfaced in July 2008 and was viewed more than 17 million times -- it is one of the most magical cinematic meetings of animal and human ever.

Meanwhile, "Saturday Night Live," which began to find its way online in 2005 with its breakout hit, "Lazy Sunday," finally secured its Web video dominance thanks to Tina Fey and Hulu. The joint NBC-News Corp. service, which launched publicly back in March, now ranks sixth among Web video sites. Between Hulu and NBC.com, more people watched "SNL's" Sarah Palin sketches online than on TV. Both Fey's historic turn as Sarah Palin and Amy Poehler’s brilliant pregnant rap on “Weekend Update” topped our list of 2008’s “must watch” Web videos. Their Clinton-Palin opener (below), which aired on Sept. 13, has been viewed more than 8 million times on the "SNL" Web site.

YouTube gobbled up videos of the real Sarah Palin like they were Thanksgiving dinner, as the VP candidate failed to impress both Charlie Gibson and Katie Couric. While book-banning stories and pregnancy rumors surfaced, so did archival video of Palin playing the flute in the 1984 Miss Alaska pageant. There were Palin songs, tributes and impersonators, not to mention the mob of crazy supporters. And when we thought our long national nightmare was finally over, the Web spit her back out like, well, bad stuffing. In November the Web buzzed with this video of the governor talking to a reporter while turkeys were being drained of their blood behind her.

While half of the Web seemed to be dedicated to Palin, the other half seemed to be making tributes for Obama. (And who knew that the words "Barack Obama" would sound cuter coming from a toddler? OK, everybody did ). Black Eyed Peas' will.i.am made celebrities feel relevant with "Yes We Can," and regular people all over the universe sang Obama songs of their own. We wondered if McCain had lost c*ntrol, and Bill O'Reilly just plain flipped out. And after Sarah Silverman finished fucking Matt Damon, she sent us to Florida to get our Jewish grandparents to vote for the Dems. But the best campaign message came via this brilliant "Wassup?" video (posted below), which emerged just a few weeks before the election. Harking back to the original Budweiser ad, the video commented on better times and urged us to vote for Obama.

Funny or Die, launched in 2007 by Will Ferrell and director Adam McKay, continued to secure its place as a Web video destination, stunning us in early December with "Prop 8 --The Musical." The Web video featured stars like Jack Black, Margaret Cho and John C. Reilly in a faux community college musical about California's gay marriage ban and the hypocrisy of the Bible. If only TV could be this good.

The smaller Web video site, Vimeo, continued to expand its catalog of beautifully produced videos available in HD and struck gold with Capucine, an adorable little French girl. The pint-size Amélie enthralled us with her storytelling, her imagination -- and her accent. She even befriended a boy online; it was like e-Harmony for kindergartners.


But the Internet wasn't all politics, heartwarming moments and baby chickens. In April a video posted to MySpace showed a nasty group of teenage girls beating up on one of their own. And in November, the Web witnessed another disturbing intersection of technology and voyeurism when 19-year-old Abraham Briggs broadcast his suicide via Justin.tv after being egged on in a chat room. Reminiscent of Megan Meier’s death in 2006, these instances of online violence continue to force the question of responsibility in the dot-com age.

As the offline world began to stumble, and layoffs, stock market crashes and economic crises dominated the news, we found hope in a basket full of puppies. Ustream.tv made 2008 a milestone year for user-generated live video. Puppies, live! We (and everyone else) obsessed over the baby Shiba Inus as they cuddled, snored, woke up and cuddled some more. The original litter is growing up, and most of the puppies have been sold to new owners, but the frenzy prompted more puppy cams. One Justin.tv broadcast puppies being born and another ran a live feed of bulldog puppies. Below is a compilation video of classic Shiba Inu puppy cam moments.