The week in Roland Burris

Salon does its best to figure out the state of the fight between Senate Democrats and Rod Blagojevich's pick to join them. 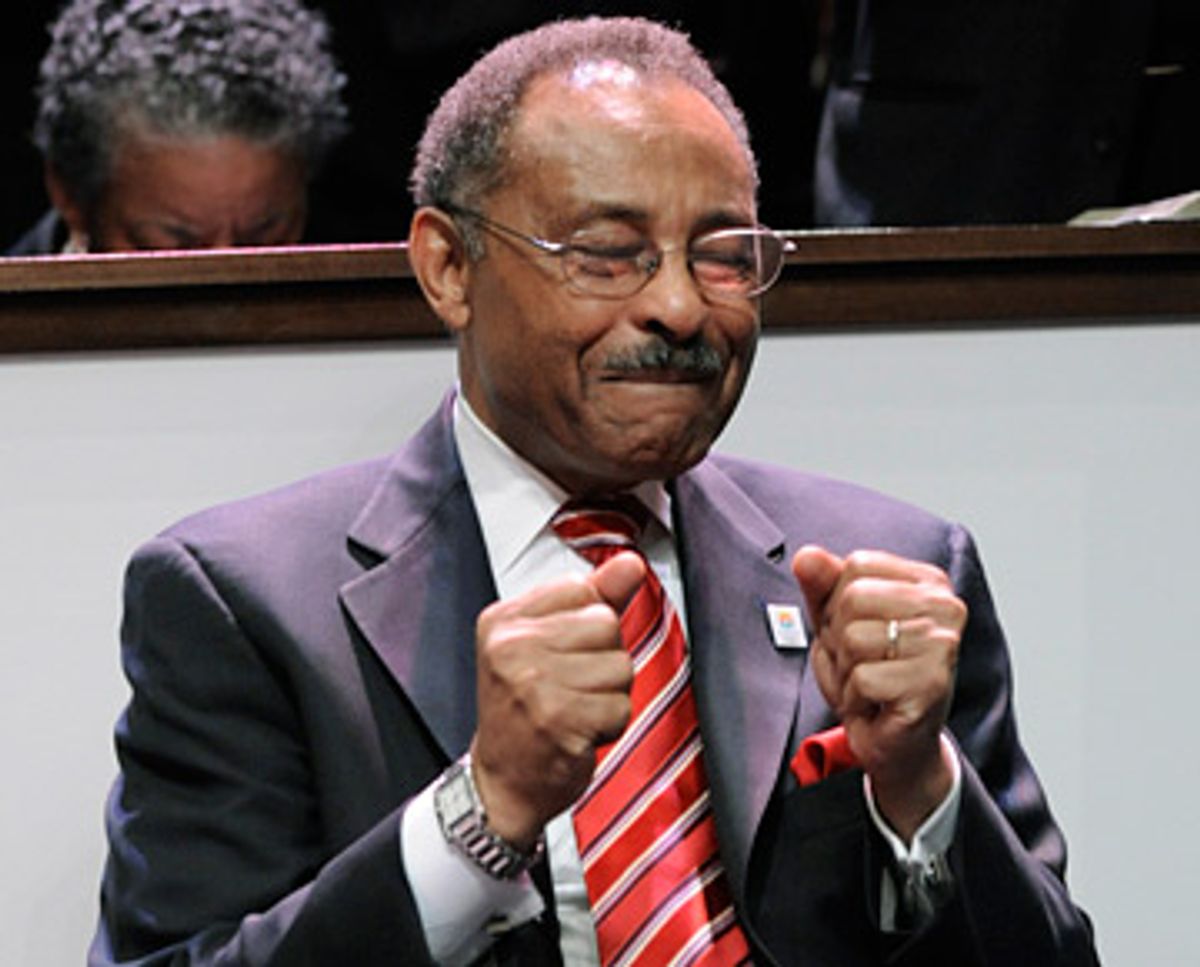 Since Illinois left our universe for somewhere more surreal about a month ago, it’s gotten a little difficult to keep abreast of political twists and turns in the Land of Blago. If wondering whether we can expect a Sen. Roland Burris has left you hopelessly confused, you’re not alone. Here, then, is an update, so you too can speak expertly about the situation.

As of the end of last week, things were at a standoff. Burris was saying he’d be a senator, while the Democrats already in the Senate were saying he wouldn’t, and were warning that if Burris were to show up, they might enlist the sergeant-at-arms to keep him out of the chamber. That’s a scene nobody wants to see: Burris ends up looking illegitimate, and after getting compared (no matter how unfairly) to Bull Connor, do the Democrats really want to use a police officer to keep the Senate’s black population at zero?

The pseudo-senator-designate is getting on a plane to D.C. today, but he told the Chicago Tribune that he was "not going to create a scene in Washington." So, for now, the Burris-gets-cuffed-in-the-rotunda scenario is looking unlikely, especially because the secretary of the Senate has now rejected Rod Blagojevich's letter of appointment, which was missing a signature from Illinois Secretary of State Jesse White, who last week refused to sign it. Burris is hoping the Illinois Supreme Court will order White to reconsider; without that signature, he can only sort of claim to have been appointed.

Sunday, Burris attended a send-off rally with ministers and local black leaders at New Covenant Church on Chicago's South Side, where Rep. Bobby Rush called the Senate "the last bastion of plantation politics." Meanwhile, Majority Leader Harry Reid seemed to soften his position, saying on "Meet the Press," "I’m an old trial lawyer. There's always room to negotiate." Reid may feel more vulnerable to charges of racism than he originally might have been, as allegations have emerged that he pushed Blagojevich to appoint either Tammy Duckworth or Lisa Madigan over African-American options Jesse Jackson Jr., Danny Davis and Emil Jones.

It’s still unclear whether Reid was deliberately opening the door to Burris or not. His deputy, Illinois' Dick Durbin, said yesterday that there are no plans to seat Burris provisionally. However, Democratic leaders do plan to meet with him on Wednesday.

If the Senate does try to keep Burris out, we can expect a lawsuit, Burris lawyer Timothy Wright says. And, though there’s precedent (Powell v. McCormack) for forcing Congress to seat a duly elected member with dubious ethics, the meaning of that case for this situation is debated.

Writing at Slate, professors Akhil Reed Amar and Josh Chafetz say that a simple majority in the Senate has the power to reject Burris. Because the Constitution makes the Senate "the Judge of the Elections, Returns, and Qualifications of its own members," appointments fall under its jurisdiction just as much as elections. The spirit of Powell, write Amar and Chafetz, is that the people's unambiguous choice ought to be respected, but if no such will has been expressed, the Senate gets to exercise its authority; as with impeachment, senators don't need a criminal conviction to judge someone unsuitable for office.

But, law professor Eugene Volokh writes on his blog, Powell makes clear that the judgment of suitability for office is an exclusively objective question. The Senate, he writes, has the power to reject someone who has been legally compromised, is not a citizen, or is not old enough. "But if the argument is simply that Blagojevich is generally a criminal, and not that the appointment of Burris was done criminally, I don't see how that can fit within the Senate's power."

We'll be keeping an eye on developments, naturally, and doing our best to discern and relay what they mean.