No good candidates for RNC chair

Why none of the six men in the race have the right stuff for the job of leading Republicans back to victory. 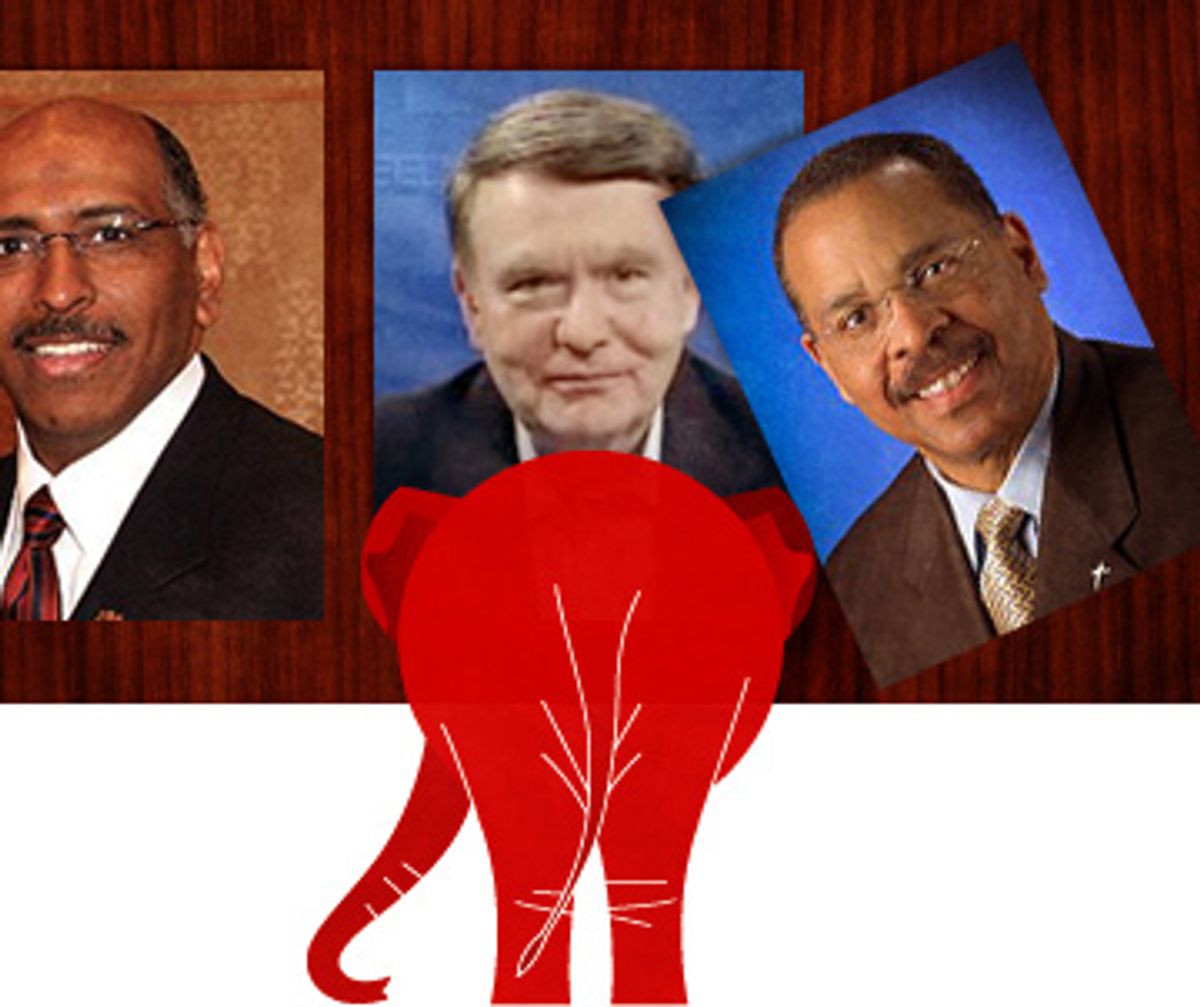 Virginia Gov. Tim Kaine was just officially introduced as Barack Obama's choice to head the Democratic National Committee, but on the other side of the aisle there's still a spirited battle for the chairmanship of the Republican National Committee. The problem for the GOP? Out of the six candidates vying for the job, not one seems like the kind of person who can bring the party out of the wilderness.

Whoever wins will lead a dispirited GOP that's taken major losses in the past two elections, and will face monumental obstacles standing in the way of a quick turnaround. The nation's changing demographics favor Democrats, while the Republican Party has gradually become isolated in its power base in the South, at the expense of its support in the rest of the country.

Given the seriousness of the situation, the weak field of candidates is shocking. Love Kaine or hate him, he at least seems to have the right combination of qualifications for the job: He's from Virginia, which is newly important to the Democrats, and while he's been governor, the state has become bluer by the year. Obama won its Electoral College votes, and both Senate seats flipped, as did three of 11 House districts.

None of the potential leaders of the RNC would come in with the same kind of pedigree. True, one's from a swing state and two are from blue states, but the remainder come from red areas of the South. None hail from New England or the Mountain West, two areas where Republicans have been losing ground and badly need a comeback. Not one is Hispanic, even though that demographic group will be key to future races. (The party did once have a Hispanic chair, Florida Sen. Mel Martinez. It didn't go well -- he lasted less than a year in the job.) And only two of them have a record of significant wins. Most, in fact, have a  history of losing big races.

What follows is Salon's breakdown of the field.