Cold and beautiful and crowded on the Mall

And I'm within yelling distance of the soon-to-be inaugurated president. 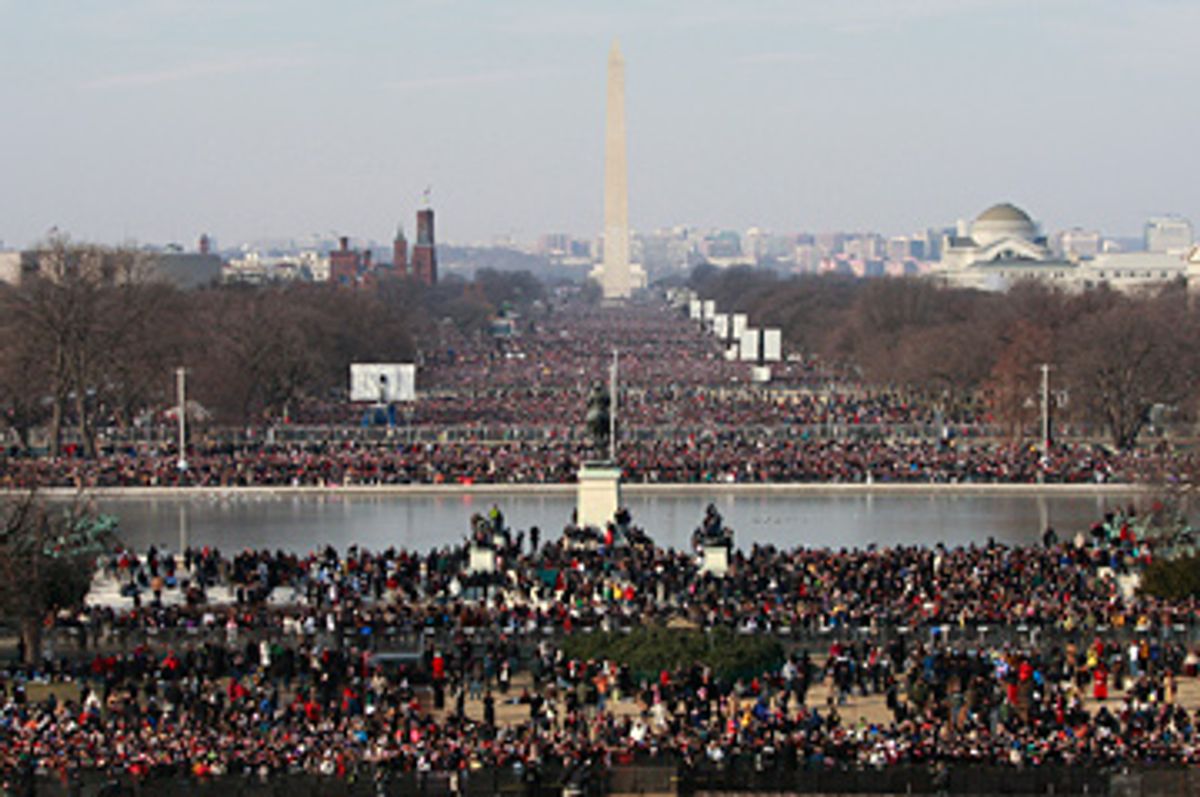 WASHINGTON -- Offhand, I'd guess that my seat for Barack Obama's inauguration is about twenty yards from the podium. I wouldn't say it's spitting distance, but if I were to yell at Obama during the ceremony, he'd hear me. Suffice it to say it paid to get to the Capitol early this morning.

Of course, I wasn't the only early bird today. At six-thirty a.m., before the sun was up, the streets were teeming with people, and lines had already begun to form. Within forty-five minutes, when it had become light out, the area near the mall was well and truly crowded, everywhere a surging mass of humanity. Now, looking down from the Capitol to the Washington Monument, it looks as if the entire mall is full; all I can see is a solid wall of people.

The Capitol itself is decked out and waiting, a single flag fluttering in the breeze below the Dome. Below that, there are more flags, huge ones, hanging down along the columns. Then there's the podium, that's festooned with red, white and blue bunting, and bearing the presidential seal. It's cold out here, but clear and bright and if it stays that way -- for now it seems like it will -- it's going to be a beautiful day for this ceremony.