It's not what he was known for -- outside diamond circles, anyway -- but the late author penned one of the game's literary gems. 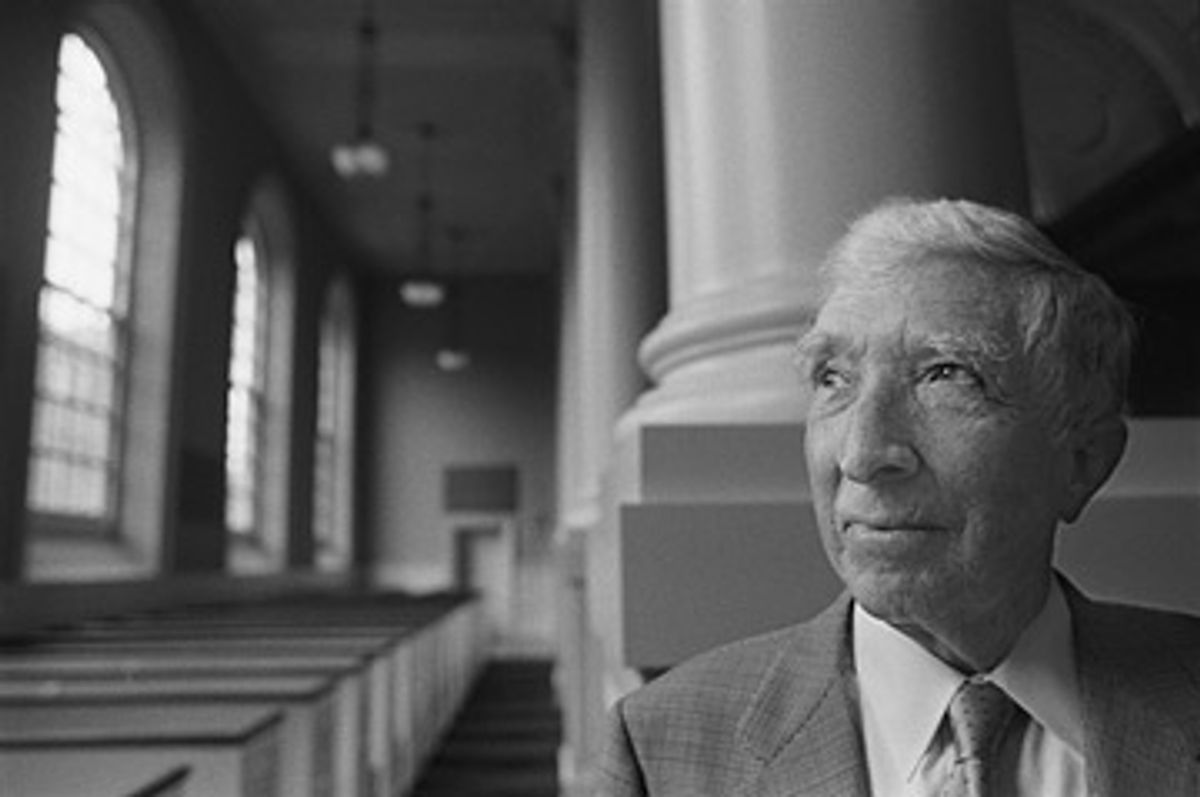 Among the many literary achievements of John Updike, who died Tuesday morning, is that he turned in one of the best and most famous pieces of baseball writing ever.

"Hub Fans Bid Kid Adieu" appeared in the Oct. 22, 1960, New Yorker. It's the story of Ted Williams' last game. It was written partly in response to a column by Huck Finnegan in the Boston American that appeared on Sept. 28, the day of Williams' valedictory, to use Updike's word.

Finnegan had characterized Williams' career as "a series of failures except for his averages," noting that he hadn't played well in the handful of games he'd appeared in in the postseason or on a season's final day with a pennant on the line. Literally a handful: Finnegan was talking about nine games, plus a Red Sox flop following Williams' return from an injury in late 1950.

"It has always been Williams' records first, the team second, and the Sox non-winning record is proof enough of that," Finnegan wrote.

So the kind of nonsense typists type these days about Alex Rodriguez isn't new, and is going to look just as silly five decades from now as Finnegan's work does today.

But Updike didn't need Finnegan. "Fenway Park, in Boston, is a lyric little bandbox of a ballpark," he began, and we moderns have to remember that Fenway was not yet today's obsessed-over jewel, its lyricality beaten to death on TV every night from April to October. It was just one of a bunch of 40- or 50-year-old little bandboxes doing duty in the bigs at the time.

"It was built in 1912 and rebuilt in 1934, and offers, as do most Boston artifacts, a compromise between Man's Euclidean determinations and Nature's beguiling irregularities," Updike wrote.

Six-thousand words later he'd summed up Williams' career and that final day at Fenway, capped, of course, by the Splendid Splinter hitting a home run in his final at-bat. That inspired Updike to write the most famous thing ever written about the Greatest Hitter Who Ever Lived. It's the last sentence of this passage describing the aftermath of Williams' final swing:

Though we thumped, wept, and chanted "We want Ted" for minutes after he hid in the dugout, he did not come back. Our noise for some seconds passed beyond excitement into a kind of immense open anguish, a wailing, a cry to be saved. But immortality is nontransferable. The papers said that the other players, and even the umpires on the field, begged him to come out and acknowledge us in some way, but he never had and did not now. Gods do not answer letters.