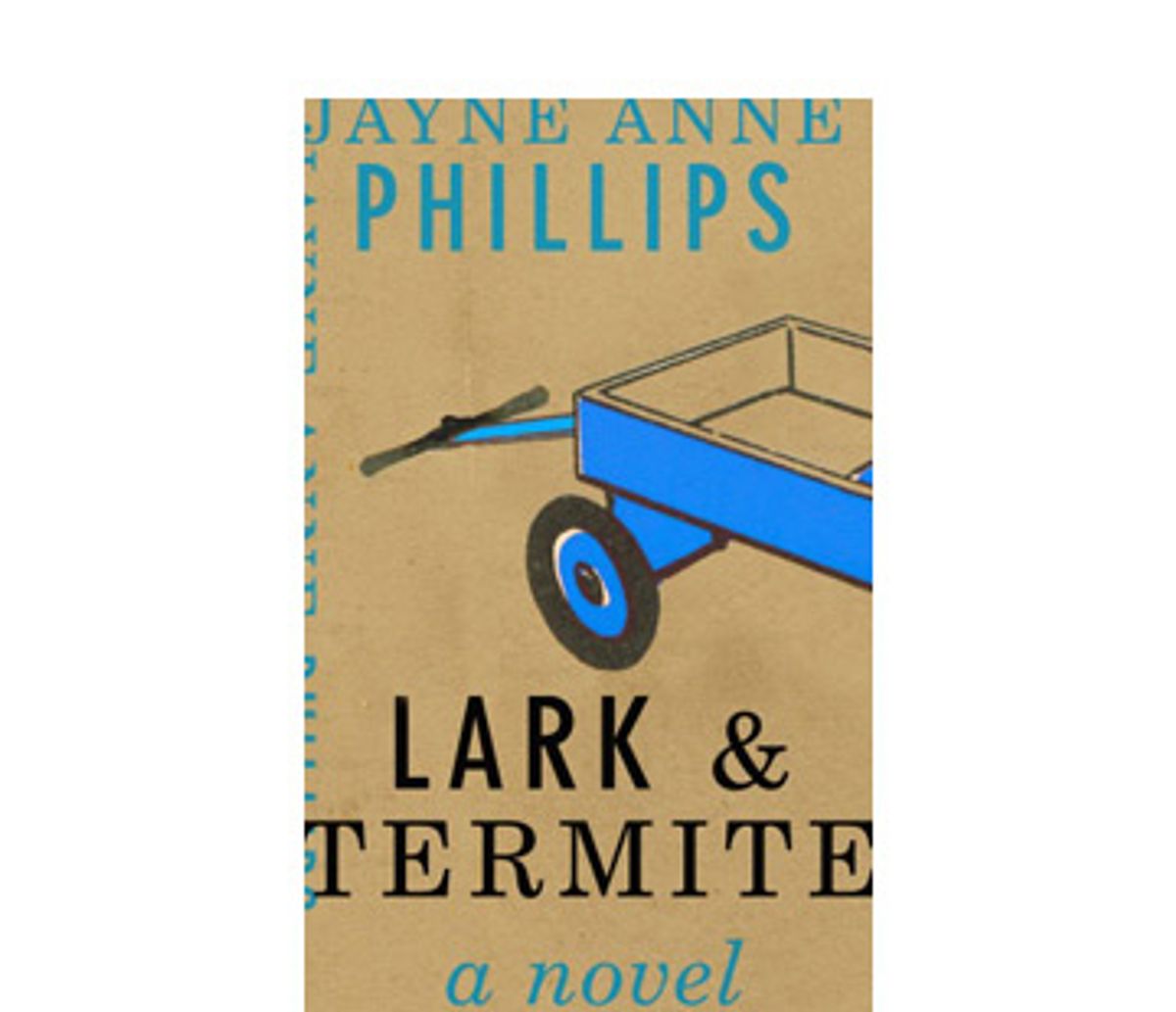 Jayne Anne Phillips belongs to that small class of contemporary fiction writers who can never entirely shake the shadow of an early, very successful short story collection. (Others are Denis Johnson, Nathan Englander, Jhumpa Lahiri and Ethan Canin.) Although short stories are supposed to be unpopular (and are widely regarded by publishers as commercial long shots), the right collection by a young writer -- especially if it does or shows something not easily found elsewhere -- can arrive radiantly, glowing with the promise of splendors to come. By the time the novel appears, expectations have grown unrealistic, and a faint and often merited whiff of disappointment clings to it; it is the perfectly tasty entree served after a truly delicious appetizer, which, like all appetizers, benefits from offering no more than a taste.

Phillips' collection, "Black Tickets," when it was first published in 1979, defied the prevailing fictional trend toward minimalism. If Hemingway founded one major strain of American fiction -- terse, plain-spoken and stoic -- Faulkner lies at the root of another; Phillips updated Faulkner's verdant, impressionistic prose by applying it to vignettes about young, damaged characters drifting through hard-luck lives tainted by drugs and dangerous sex. Certain readers clutched "Black Tickets" to their hearts as a validation not only of its subject matter but also of its intensely personal, poetic style.

It's almost impossible to write a book that feels so absolutely necessary twice, especially when the need is created by a moment in cultural history. Phillips has written several books since "Black Tickets," and has just published her fourth novel, "Lark and Termite," destined to meet with the same admiring but vaguely crestfallen response. This despite the fact that she's improved much over the years, evolving a style that's alternately stony and fluid, depending on the requirements of the instance, with most of the excessive and trippy verbiage (all too typical of "Black Tickets") burned off. Go back to the early stories and you'll find many sentences that simply don't make sense: "Her breasts balloon, the sky opens inside them." There are few lines in "Lark and Termite," however lyrical, that seem so self-indulgently arty.

It helps that the novel begins strongly, with scenes from the early days of the Korean War, in 1950. A young U.S. Army corporal, Robert Leavitt, supervises the evacuation of civilian refugees, closing in on a bridge, at No Gun Ri, that many readers will recognize as the site of a notorious massacre. Here is the Western soldier's now-iconic encounter with the South Asian terrain, a reeling, sensual revulsion that Phillips renders impeccably: "The spongy ground sinks underfoot, ripened and dark as any fermented secret. The ground breathes" and "Death surges in the ground like a bass line, vast, implacable."

A parallel story, set in a small West Virginia town nine years later, records a different but related instance of the soggy earth yielding up fermented secrets. Two half-siblings, Lark (almost 18) and Termite, a hydrocephalic 9-year-old who can neither walk nor speak, face impending changes to their settled lives, changes egged on by the events that occur during a summer flood at the novel's climax. Raised by their aunt Nonie, they remember nothing of their mother, a torch singer named Lola, or their fathers: Termite's is Leavitt and the identity of Lark's father has been hidden from her, as have the circumstances of their mother's death.

The most obvious inspiration here is Faulkner's "The Sound and the Fury": The same events are told from multiple perspectives (including Termite's fractured, if sometimes uncannily knowing stream of consciousness, an echo of the narration of Faulkner's Benjy Compson). The novels share an interest in murkily tangled familial relations, quasi-incestuous desire, suicide, sexual betrayal and intergenerational power struggles.

Phillips, however, has replaced Faulkner's essentially tragic, gothic preoccupations with a 21st-century mysticism. Termite's swirling perceptions are shot through with images that only the reader realizes come from Corp. Leavitt's final days in the tunnels under a railway bridge at No Gun Ri, where he meets a configuration of characters that mimic those that the reader encounters in the 1959 story line. The people around him blithely accept Termite's fascinations with a similar bridge in West Virginia as the quirk of a holy fool. The number "nine" takes on an obscure significance. Eventually, we come to understand that the boy was born at the very moment that his father died, and this, along with the repetition of certain relationships and situations over the generations, suggests a cyclical, Eastern view of time and the human condition, for both good and ill. Leavitt thinks: "War never ends; it's all one war despite players or locations, war that sleeps dormant for years or months, then erupts and lifts its flaming head to find regimes changed, topography altered, weaponry recast." But war isn't the only story that gets told and retold through the ages.

"Lark and Termite" is carried along by the momentum of Phillips' prose, rather than any felicity of structure. In truth, the novel turns a bit too languorous in the middle, with mundane scenes of cake-baking and moseyin' on down to the diner on Main Street repeated from various points of view (which, incidentally, makes the action much easier to follow than that of "The Sound and the Fury"). Then, toward the end, as the flood comes rushing in, so does the plot, in a rush of revelations and momentous decisions that feels a shade too breathless, however true it may be to the uneven rhythms of real life. As a novel, the book sometimes seems wobbly on its feet, yet the eloquence of Phillips' style never fails to steady it. It is surely as sinuous and evocative as anything she has ever written, and that is good news at any moment in history.