His ties to the former senator may have blinded him to potential ethics problems -- but in the end, the president takes the blame. 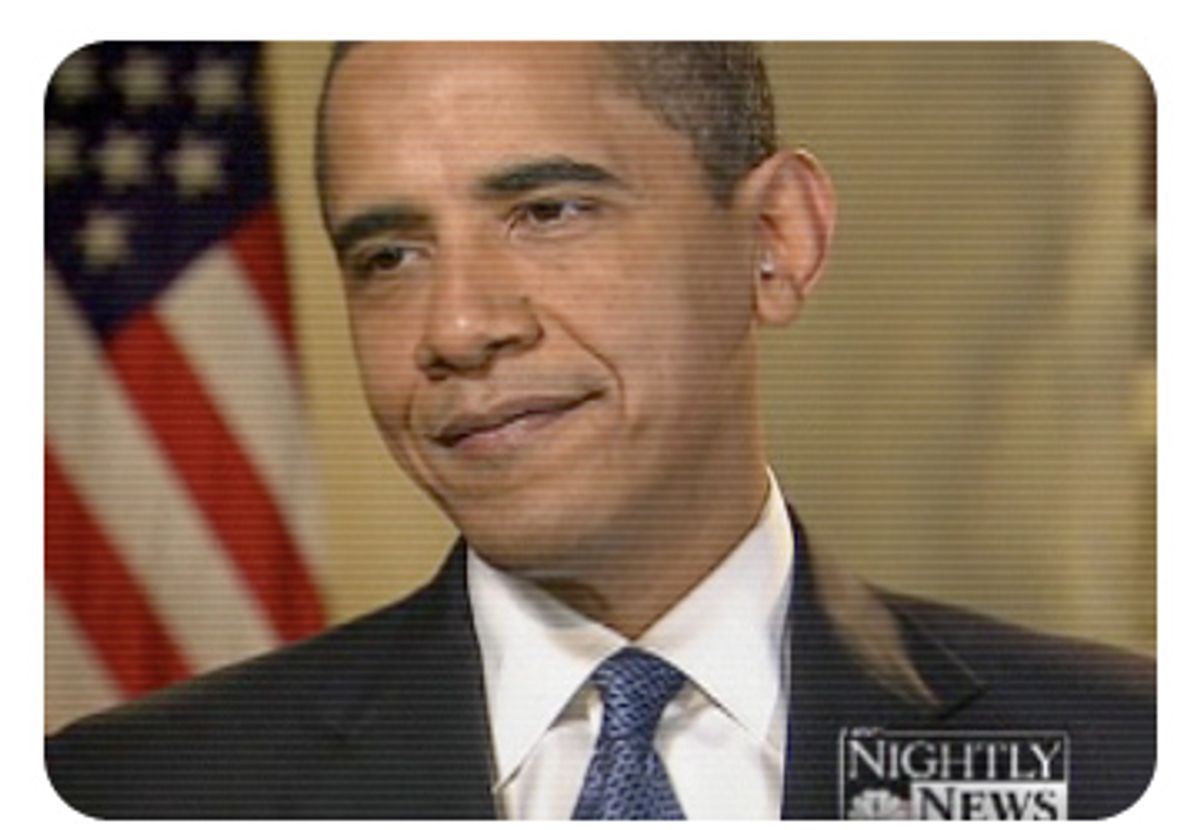 Things would probably have gone a lot more smoothly for Tom Daschle if the whole country worked the way Washington does, at least at its most stratified levels. You serve in a high government post for a while, then you lose an election, and your friends step in to support you with helpful things like, say, a $1 million-a-year job in private equity, and a limo and a driver. And you don't blink an eye at it, because that's just how things work here.

Unfortunately for Daschle, the former Senate Democratic leader, it turns out most people outside the Beltway can't really relate to "a gift from a good friend" that incurs a six-figure IRS bill, especially in this economic climate -- not to mention that the $146,000 tax bill went unpaid until Jan. 2, when Daschle realized the Senate Finance Committee might eventually get around to asking what, exactly, was up with the limo. And especially not when President Obama, in whose administration Daschle was supposed to oversee healthcare reform, spent the last two years railing against the culture of "business as usual" in Washington, and has promised the most ethical government in history.

So by Tuesday, the fifth consecutive day his tax situation had been in the news, Daschle pulled the plug on his nomination. "If 30 years of exposure to the challenges inherent in our system has taught me anything, it has taught me that this work will require a leader who can operate with the full faith of Congress and the American people, and without distraction," Daschle said in a statement the White House released in the early afternoon. "Right now, I am not that leader, and will not be a distraction."

Daschle certainly was a distraction when Obama did a round of network nightly news interviews Tuesday night. Instead of using all of his time to sell his stimulus plan to the American people, the president wound up apologizing for the Daschle mess. "I consider this a mistake on my part, one that I intend to fix and correct and make sure that we're not screwing up again," Obama told Fox News. "We can't send a message to the American people that we've got two sets of rules -- one for prominent people and one for ordinary people."

Reporters badgered White House press secretary Robert Gibbs this morning, at his daily briefing, about whether Obama or his aides pressured Daschle to back out, or whether Daschle had acted on his own. Gibbs, echoing Obama's senior counselor David Axelrod, said it was Daschle's call, which it probably was. (Obama told Fox News the same thing.) A veteran of the Washington establishment like Daschle wouldn't have needed someone to tell him that he'd become a political problem -- even though sources told Salon Tuesday morning, before Daschle dropped out, that he was still likely to be confirmed by a Senate that takes care of its own.

But that just makes the fact that Daschle didn't pay taxes on the limo and driver (valued, after the fact, at $255,000) so, well, disappointing, to use a word the South Dakotan used to love. The guy served on the Senate Finance Committee for years, writing tax law, but he didn't realize there was something shady about the limo his campaign fundraiser-turned-business partner, Leo Hindery, provided for him? In the four years since he lost his 2004 reelection race, Daschle became, at least in part, a caricature of the Washington insider: advising a lobbying firm without registering as a federal lobbyist; taking big fees to give speeches to companies he would have regulated at the Department of Health and Human Services; and finally, becoming just the latest Obama nominee to have tax problems that could land ordinary citizens in serious trouble.

Obama's West Wing, overflowing with loyal former Daschle aides, may have been blinded to all that stuff. Aides evidently never thought it could overshadow the guy they saw only as a dedicated progressive, a skillful leader and, above all else, a decent man. Just Monday, Obama had said he "absolutely" stood behind Daschle, who was an early and passionate supporter of his campaign, and the White House was clearly prepared to stick with the line that Daschle shouldn't be punished for one mistake in a long career of public service. Gibbs refused to answer questions about how the vetters -- whose job is to scour nominees' private and public records in search of things that might trip them up -- let Daschle through.

What's strange is that Daschle apparently missed an obvious lesson from his own Senate career -- that even minor tax issues have real political consequences (assuming you could call the $255,000 car service a minor tax issue, which a guy as rich as Daschle probably can). His 2004 loss was helped along by a flap over taxes -- in that case, a D.C. property tax deduction he and his wife, Linda, took on their home in a ritzy neighborhood near Georgetown. His Republican opponent, John Thune, hammered him on the tax issue throughout the campaign, then popped him with an ad just before the election that argued Daschle had gone Washington. The attack was all the more effective because Thune had spent months raising legally bogus, but politically potent, claims that Daschle was a resident of D.C., not South Dakota. On Tuesday, Republicans -- who haven't had many chances for schadenfreude since November -- gleefully circulated another ad from the Dakota archives, this one from Daschle's first Senate campaign in 1986. The man-of-the-people candidate is seen driving himself around Washington in a beat-up old Pontiac that he probably now wishes he still had.

More troublingly for the White House, though, Daschle isn't the only nominee who's run into the sort of ethical problems Obama promised to eradicate. Just hours before Daschle quit, Obama's pick to head a new office to root out government inefficiency, Nancy Killefer, also withdrew her nomination, over a $946.69 lien from the D.C. government for employment taxes she failed to pay for her household staff. Treasury Secretary Tim Geithner, whose department includes the IRS, was confirmed even though he didn't pay Social Security or Medicare taxes on his own income for years; it seems that if your tax troubles are ironic enough, they won't stop you from getting the job. Though Obama put a tough new anti-lobbying policy in place, he also issued waivers so a former Raytheon lobbyist could work at the Pentagon and a former Goldman Sachs lobbyist could become Geithner's chief of staff at Treasury. Some other ex-lobbyists for more traditional Democratic interest groups, like the Campaign for Tobacco-Free Kids and the National Council of La Raza, have agreed to recuse themselves from issues involving their former employers while serving in the administration.

The Republican National Committee has basically made a cottage industry out of e-mailing news articles about the lobbyists to reporters, and White House aides say they're being unfairly beat up for exceptions to an ethics policy that no previous administration ever dreamed of meeting. George W. Bush, for example, appointed more than a dozen lobbyists to top jobs, including White House chief of staff and secretary of the interior. The White House wants everyone to focus on the thousands of lobbyists who aren't getting jobs in the administration, or the rules prohibiting staffers from lobbying their former colleagues once they leave government; instead, it's a handful of glaring counterexamples getting all the attention.

But that may just be how it goes for reform candidates who actually wind up winning. "You ran as a reformer -- that's what you expected to be judged on," said Melanie Sloan, executive director of Citizens for Responsibility and Ethics in Washington, a good-government group that has gone after more Republicans than Democrats over the years but is howling about some of Obama's appointments. "They said judge us on these standards; they said elect us because our standards are higher. I don't know what it takes for politicians to understand they can't say one thing and turn around and do another -- and then how are they surprised when people are upset?" That's what tripped up Tom Daschle, on Tuesday. If Obama and his vetting team aren't a little more careful in the future, he won't be the only one.

Obama, while apologetic in his nightly news interviews, wasn't ready to say the Daschle mess undid his reform promises. Asked by NBC's Brian Williams whether Daschle's troubled appointment meant the "new guy" promised to change Washington, but "Washington won," Obama answered no. "The fact of the matter is, Tom Daschle pulled out today, and I'm here on television saying, 'I screwed up.'"