Fandom proves to be recession-proof as comic collectors, Wonder Women, and Wookies sell out the Con 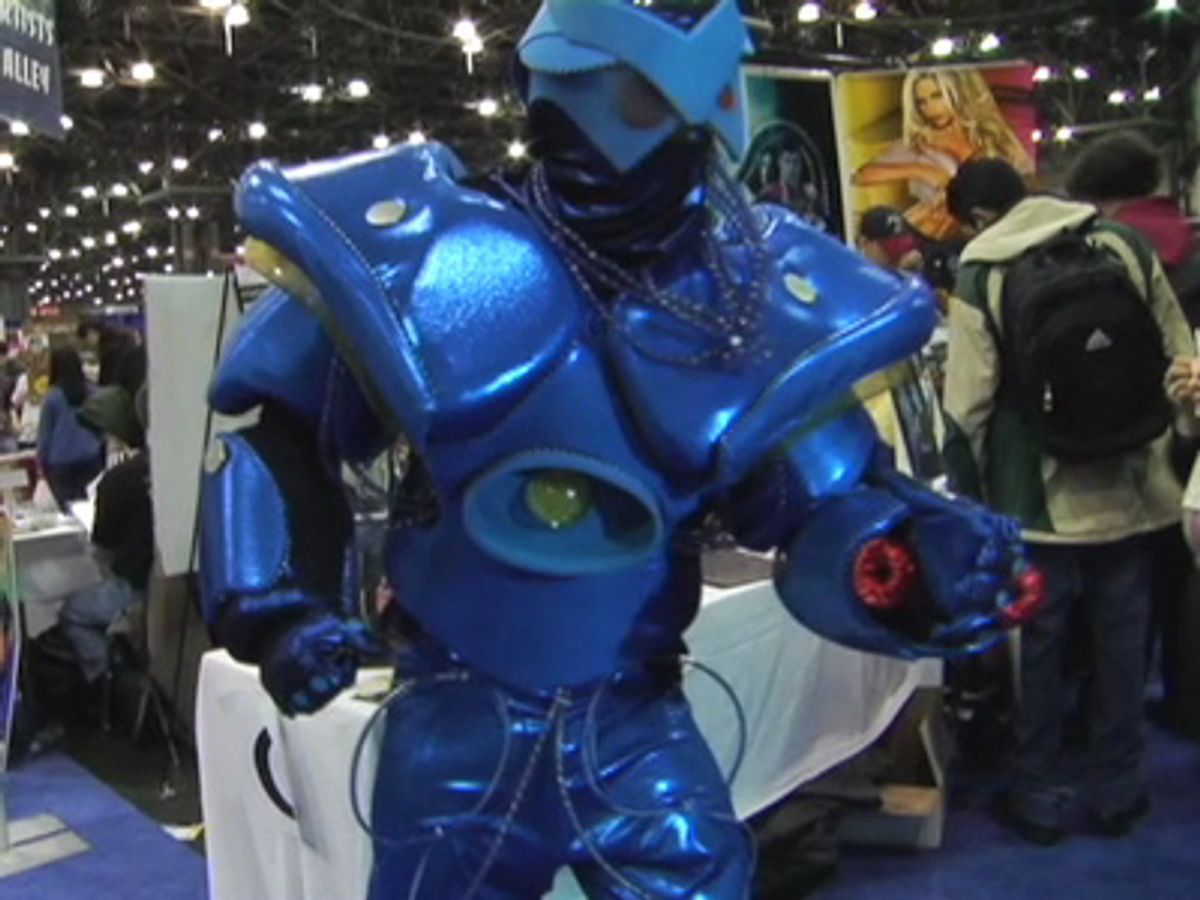 The New York Comic Con is sold out and is packed with fans. Video games blare near the entrance, celebrity artists sign sketches under giant DC and Marvel banners. Small press publishers and original artwork sellers display golden age comics that no one can afford. There are a million drawn variations on the joker (as well as several walking by, one licking his lips just like Ledger in "The Dark Knight"). Everyone here seems giddy. "I think my fifteen year-old self would be very proud of me," says Paige Pumphrey, a local artist presenting her Bettie Page inspired comic at the con for the first time.

I’m meeting up with writer, collector and graphic designer, Chip Kidd. Kidd, who has an extremely successful career designing book covers, is here promoting his latest work, "Bat Manga! The secret history of Batman in Japan." He seems like less of an artist or an author at "The Con" than a fan, providing a deadpan running commentary as we pass booths selling corsets, comics and swords. "I actually don’t own any swords, I usually just rent them," he says. Noticing someone dressed as Wookie, Kidd comments, "It looks like somebody I used to date," and he delights in the eclecticism of it all.  He pauses to check out a Captain Marvel comic, which he also collects, and gets excited about original production drawings for "The Watchmen" movie, pointing them out obsessively: "There’s Ozymandias, and the Comedian, and Rorschach."

At his panel, Kidd discusses "Bat Manga!" and Japanese artist Jiro Kuwata, who created the Japanese version of Batman. Kidd begins by lowering the lights and playing a DVD. "Now imagine you’re a kid, it’s 1968 and your favorite show is about to come on," he says to a small, devoted audience. A black and white superhero takes the screen and we enter a vintage universe where Kuwata's Tobor the 8th Man must save earth from a swarm of evil, radioactive honey bees. Kidd lets us watch the entire fifteen-minute cartoon.