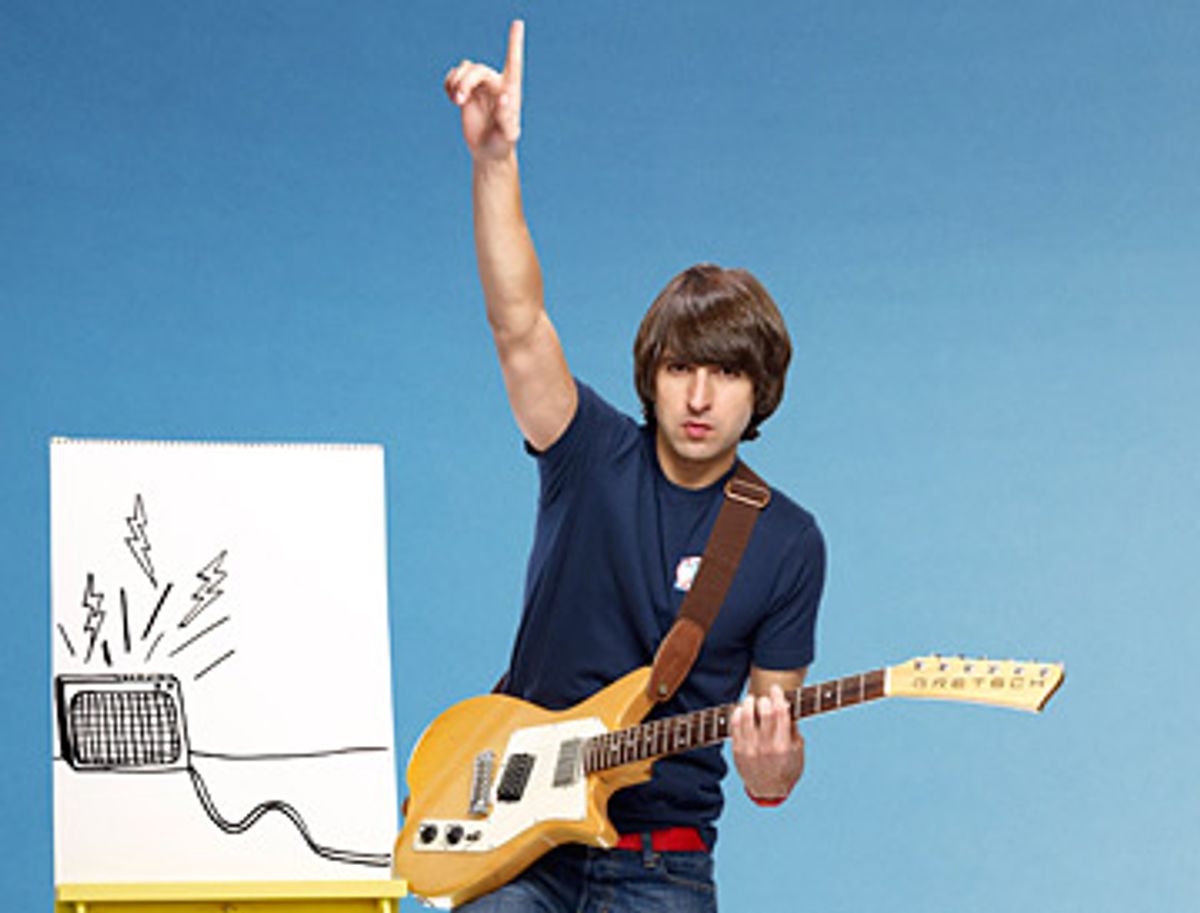 Demetri Martin is a weirdo. He's proved this in his deadpan stand-up routine and in his role as "Senior Youth Correspondent" on "The Daily Show With Jon Stewart."

But is weird actually funny? The lesser cartoon offerings of Cartoon Network's "Adult Swim," the random experiments in humor presented on Funny or Die: These painfully hip and painfully idiosyncratic departures from the comedic norm will sometimes make you chuckle, but most of the time, you'll just be scratching your head asking, "How is that funny?" If you've seen Martin's stand-up or his "Daily Show" "Trendspotting" spots, you might expect Comedy Central's brand-new show "Important Things With Demetri Martin" (premieres at 10:30 p.m. on Wednesday, Feb. 11) to veer into the impossibly strange, only vaguely amusing Hinterlands of Hip with head-spinning speed. Instead, you'll find an important (and rare) thing: an off-kilter show that's at once smart, outlandish and very funny.

Martin sets the tone early in his pilot episode when he appears and the word "Person" flashes on the screen, then he mumbles: "This is a show about things, and every episode I examine one important thing. Tonight's important thing is: Timing."

The show begins with a disconnected stand-up routine, delivered in Martin's geek-deadpan ("I wonder if there were any Goths in Gothic times. They're like, 'You look completely appropriate. You don't look stupid or lonely at all'"), but gains steam when he explores various "Timing"-themed concepts while flipping through a big pad of paper with drawings and charts on each page. After introducing a chart that shows us "the frequency with which a person urinates not in a bathroom, versus age" (starts out very high, goes down, goes back up in college, etc.), we learn the difference between a millisecond (very fast) and a Millivanillisecond ("Amount of time Milli Vanilli was popular"). Finally, there's a Millennivanillium, or the "amount of time during which you can do Milli Vanilli jokes." "Which we may have just exited," Martin adds.

This is Demetri Martin's specialty: mixing concepts and pop cultural references and relatable scenarios together into a pseudo-scientific, nerdy amalgam of understated jokes. This is comedy for highly educated people with unusual senses of humor.

In some cases, though, Martin's humor is the kind that anyone can appreciate. Take his extended parody of those DeBeers diamond commercials. After introducing the "Engagement Appreciation" ring and the "Love Is Forever" ring through the telltale silhouette-with-ring-plus-Vivaldi's-"Winter" of the DeBeers ads, a message on the screen says, "Your ring-buying has plunged you deep into debt." Now we see a silhouette of a woman's hand, covered in diamond rings. "She's going to find out soon enough ... Why not break the news with a gift of diamonds? The 'We Are Deep Into Ring Debt' Ring, only from DeVeers."

My favorite sketch, though, appears in the second, "Power"-themed episode: It's a fake TV commercial for "Creedocide," a new way to rid your house of rats. First, you release a "Creedocide Decoy Rat" into the wall. The Decoy locates the rat nest, then "disguises himself as the son of a monotheistic supreme being. He will share his message of love and charity while performing miracles and preaching a gospel in opposition to conventional rat law. He will then be executed and reborn, causing rats everywhere to pray to him."

Next, you release another Decoy, who's a Muslim, in another part of your house. "This will ignite an epic holy war in your walls. That should last for about 72 hours, or until your home is 100% rat free."

"My rodent problem is over," chirps Martin in the ad, "plus I can feel good knowing that my rats are dying for something that they believe in!"

Like Martin, this show is seriously weird. But, miraculously enough, it's also funny. Here's hoping it lasts longer than a Millivanillisecond.