The latest in this troublemaking grandma series showcases wonderful African-American actors. Too bad the jokes are so lame. 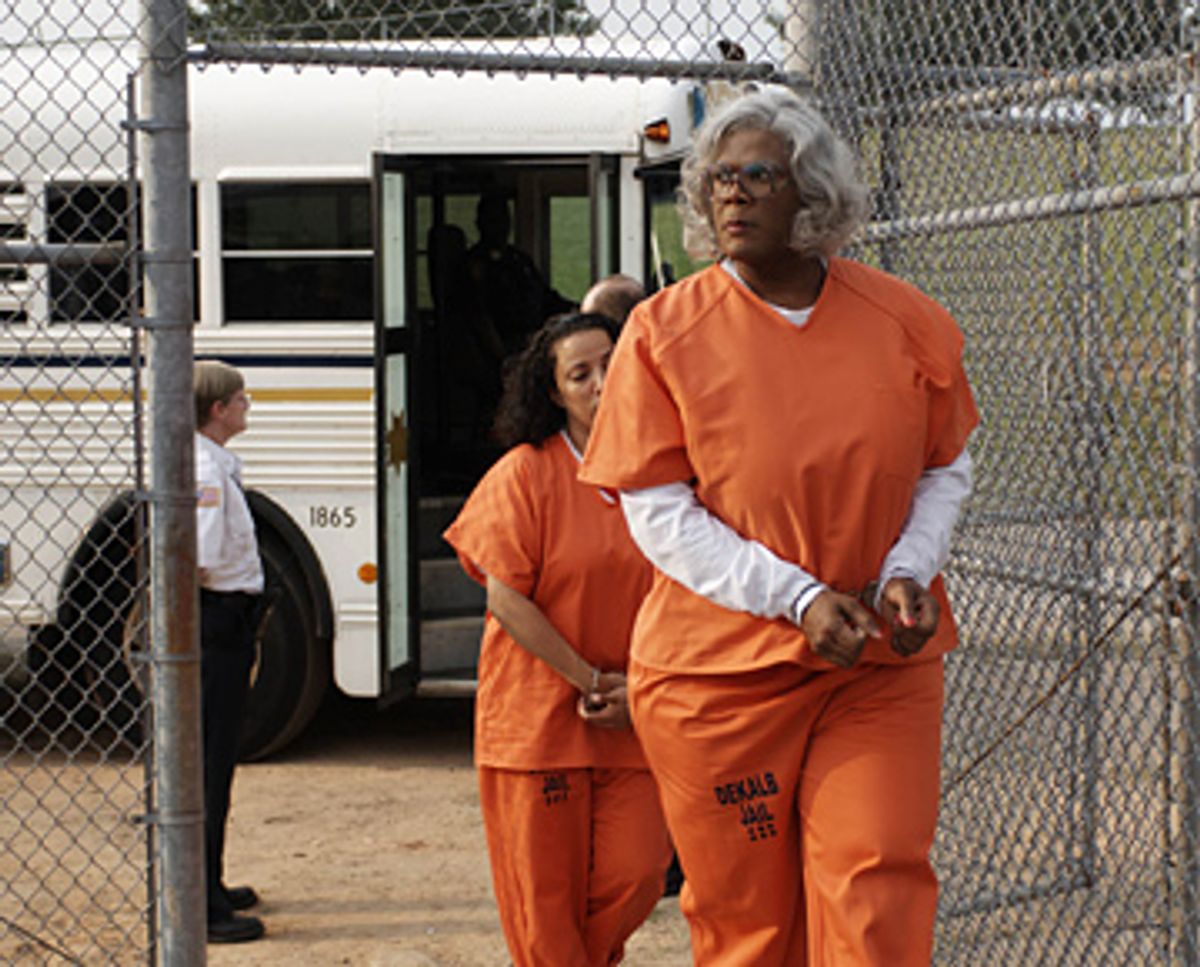 By now everyone knows Tyler Perry movies are A) review-proof (they're not screened for critics, and they make tons of money on their own, anyway) and B) not made "for" white people, so if white people see them and don't get them, it's because they're, well, white people.

As a white critic, I have mixed feelings about Perry's movies: On the one hand, he gives wonderful actors an opportunity to work, the kind of approbation they don't always get in Hollywood. This time around he's got the subtle, intuitive Derek Luke and Viola Davis, an actress who's been giving extraordinary performances for years and is only just now being recognized by the Hollywood mainstream. (She's been nominated for an Academy Award for her supporting role in "Doubt.") On the other hand, Perry's movies have crummy production values, stringy plots that go nowhere, lots of lame jokes (among some admittedly funny ones) and, perhaps worst of all, often feature him in multiple roles -- most notably as the troublemaking matriarch Madea, an outsize, silver-haired hellion who scuffles around in her flat granny shoes and giant polyester dresses, stirring up trouble with her good, old-fashioned plain talk.

To put it another way: It's great that Perry has seized opportunity for himself and for the performers he employs. But has he succeeded only in creating a kind of ghetto for black-themed entertainment that's of sub-par quality -- one that, admittedly, makes him a lot of money?

Wrestling with those questions -- particularly now that we've stepped into the age of Obama, a time when all kinds of stubborn cultural barriers are, at last, being rethought if not actually dismantled -- is far more interesting than actually watching a Tyler Perry movie. "Tyler Perry's Madea Goes to Jail" involves two young, successful assistant district attorneys, Joshua and Linda (played, respectively, by Luke and Ion Overman), who are engaged to be married but who hit a rocky patch when Joshua encounters an old friend, Candace (Keshia Knight Pulliam), who's landed herself in deep trouble. Candace has been working the streets, and she has a drug problem, but she keeps refusing anyone who tries to help; those people include Joshua and a tough-love minister, Ellen (Davis), who has experience getting troubled women back on the straight and narrow.

Meanwhile, Madea (played by Perry, who also appears as a crotchety, weed-smoking old-timer named Joe), is getting into all kinds of scrapes. For example, when a snippy white girl steals the parking space she's headed for, she solves the problem by using a forklift. Although she's usually let off the hook by lenient judges, she finally goes up in front of Judge Mathis (playing himself), and he shows no mercy. Her high jinks finally land her in jail, the same facility where, it turns out, Candace has also been incarcerated.

Everything and nothing happens in "Madea Goes to Jail."  In addition to the aforementioned prostitutes, lawyers and ministers, there are also scummy white business guys and abusive pimps. The plot involves duplicitousness between lovers, a back story involving a rape and, last but not least, a sassy elderly black woman who has no qualms about driving without a license. The acting isn't the problem here: Luke and Davis play their characters skillfully, as if they've willfully blocked out the ridiculousness of the movie around them. Other notable actors pop up, too, like Vanessa Ferlito (from "Deathproof," the Quentin Tarantino portion of "Grindhouse," who gives a good performance even in a tiny, thankless role. And occasionally, Perry (who is, as usual, both the writer and director here) pulls off a good joke. I laughed when Madea's friend Cora (Tamela J. Mann) tries to instill good Christian values in Madea by showing off the "What Would Jesus Do" bracelet she wears. When a nasty driver cuts in front of the car Cora's driving, Madea cackles, "Did you show him your bracelet?"

But the laughs are few and far between in "Madea Goes to Jail," even when Dr. Phil makes an appearance (playing himself), hoping to help Madea manage her anger and then practically losing his temper himself. "Madea Goes to Jail" will surely make Perry -- and, I hope, his actors -- a lot of money. And as an alternative to the Hollywood mainstream, which doesn't provide many good roles for African-American actors, Perry's movies are at least a stopgap solution. It's just too bad they're not better.