It's not just conservatives who want to ensure money isn't wasted. Taxpayers on the ground need to be involved in picking projects that get the most bang for every buck. 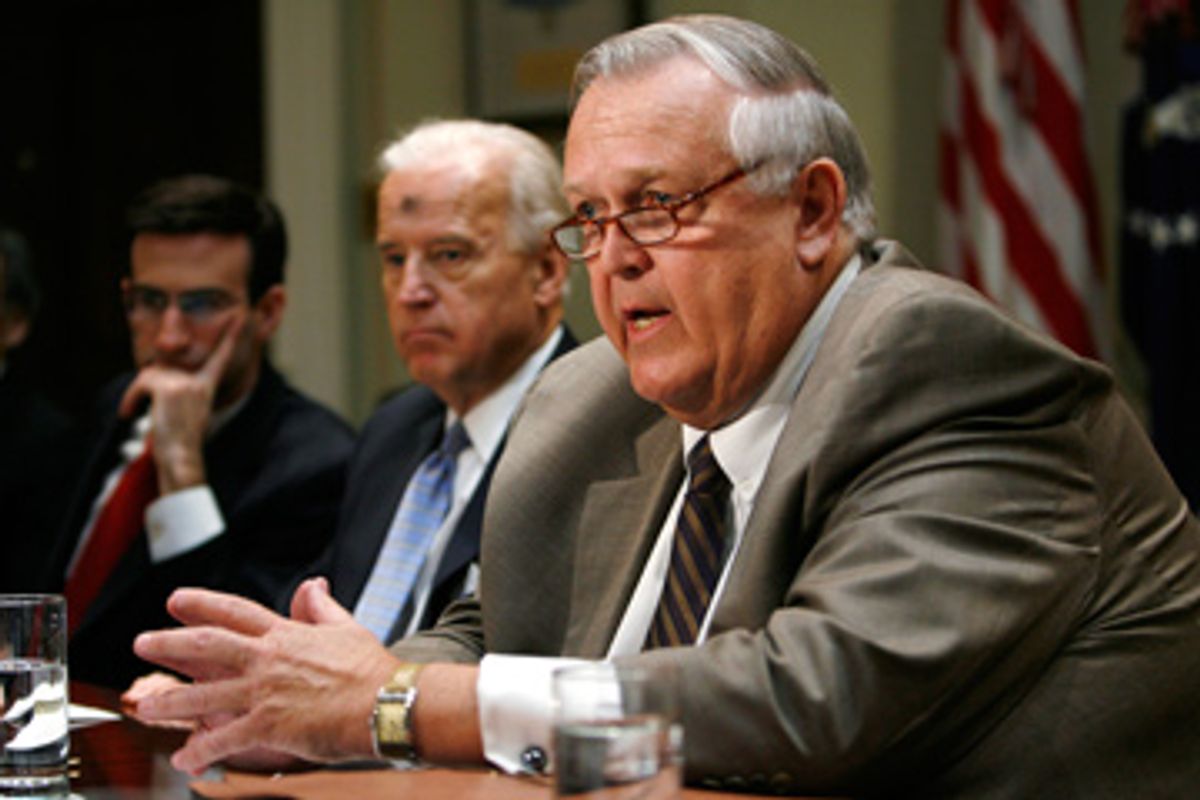 President Obama named a tough, hard-nosed former Secret Service agent to lead the federal oversight board for the $787 billion recovery package. I'm sure Earl Devaney will live up to his reputation as a top-notch investigator of fraud and abuse. But oversight of the stimulus must be about more than just catching crooks and waste after the fact. We must also make sure the money is being spent wisely and effectively to help the economy and target those most in need -- right now.

Much of the money in the package is intentionally flexible, heading out to state and local government agencies with broad guidelines but no hard mandates about how to spend it. Without the voices of regular taxpayers in the mix, this flexible spending is likely to just get pumped through the same old broken and tilted system, leaving low-income communities without the infrastructure improvements that they so badly need to catch up to the global economy. Stimulus spending must engage, listen to and learn from the Americans who are actually facing these challenges every day -- and who are also financing the solution.

That is why it is crucial that each state set up its own state-level oversight board, to get money flowing to the local projects that will have the greatest economic impact, both short- and long-term. The recovery bill does make some good nods toward transparency and accountability at the federal level. Most funded projects will be listed on the new Recovery.gov Web site, $350 million is set aside for federal investigators and accountants, and Devaney will head up a multi-agency oversight board.

But none of these measures will do much to ensure the money is spent wisely and to greatest effect -- only that we will know after the fact if money is spent poorly. Clearly, the Washington insiders on the federal oversight board will bring a wealth of knowledge on how the gears of government work. But this is not enough. The voices of the people -- everyday people in communities across the country -- must be heard as well.

Without such oversight, the funding being sent directly to state-level agencies will be particularly susceptible to the influence of high-powered lobbyists and moneyed special interests who steer resources away from where they are most needed. The Coalition for an Accountable Recovery, a broad-based group of open-government advocates led by OMB Watch, agrees that the reporting requirements for state and local spending are far too lax.

In my two decades working across the nation with grass-roots leaders trying to improve their communities, I've always been amazed at the depth of wisdom, expertise and brass-tacks knowledge at the local level. Anyone working in these communities could offer up a long roster of people in all 50 states that could perform such an oversight function.

I think of people like Doris Koo, who heads Enterprise Community Partners, a national nonprofit developer of affordable housing for low-income families. Or Kent Wong, head of UCLA's Center for Labor Research and Education and an advocate for immigrants' rights who has forged countless partnerships between trade unions, community groups and business. Or Nathaniel Smith of Atlanta's Emory University, who is working to ensure equitable development benefits for all people in his region.

The talent pool of experts who know both policy and people is wide and deep. Economist Manuel Pastor, of the University of Southern California, is ideal. So is Peggy Shepard of the environmental justice group WE-ACT. Same with noted mixed-income housing developer Richard Baron and California Community Foundation president Antonia Hernandez.

Without an eye on the results of this spending, money will likely end up flowing to politically advantageous projects, rather than to those that will do the most to increase economic opportunity for all people. For instance, spending on highways tends to be popular among crucial suburban swing voters. But public transit projects actually produce 19 percent more jobs per dollar spent and serve as an indispensable link between low-income people and jobs. Empowered and insightful oversight boards at both the state and federal level could help direct state block grants toward those projects that create more jobs and spread economic opportunity.

Also, longer-term investments like job training programs, broadband expansion and clean energy projects often don't have enough support from local politicians to move through the byzantine world of state and local government. Oversight boards that include representatives of the most impacted communities could help ensure that economic recovery funds go toward viable, long-term infrastructure projects and not just on short-term, "band-aid" fixes.

We cannot afford to allow billions to be spent haphazardly or to serve parochial political concerns. Tough, grounded oversight from inside and outside the Beltway is absolutely necessary to make sure the stimulus spending is not only free from fraud, but also grounded in the lives of struggling Americans.