Private health insurers helped kill Bill Clinton's healthcare reforms with a famous series of TV ads. Now the situation is so dire they're on board with Obama's reforms. 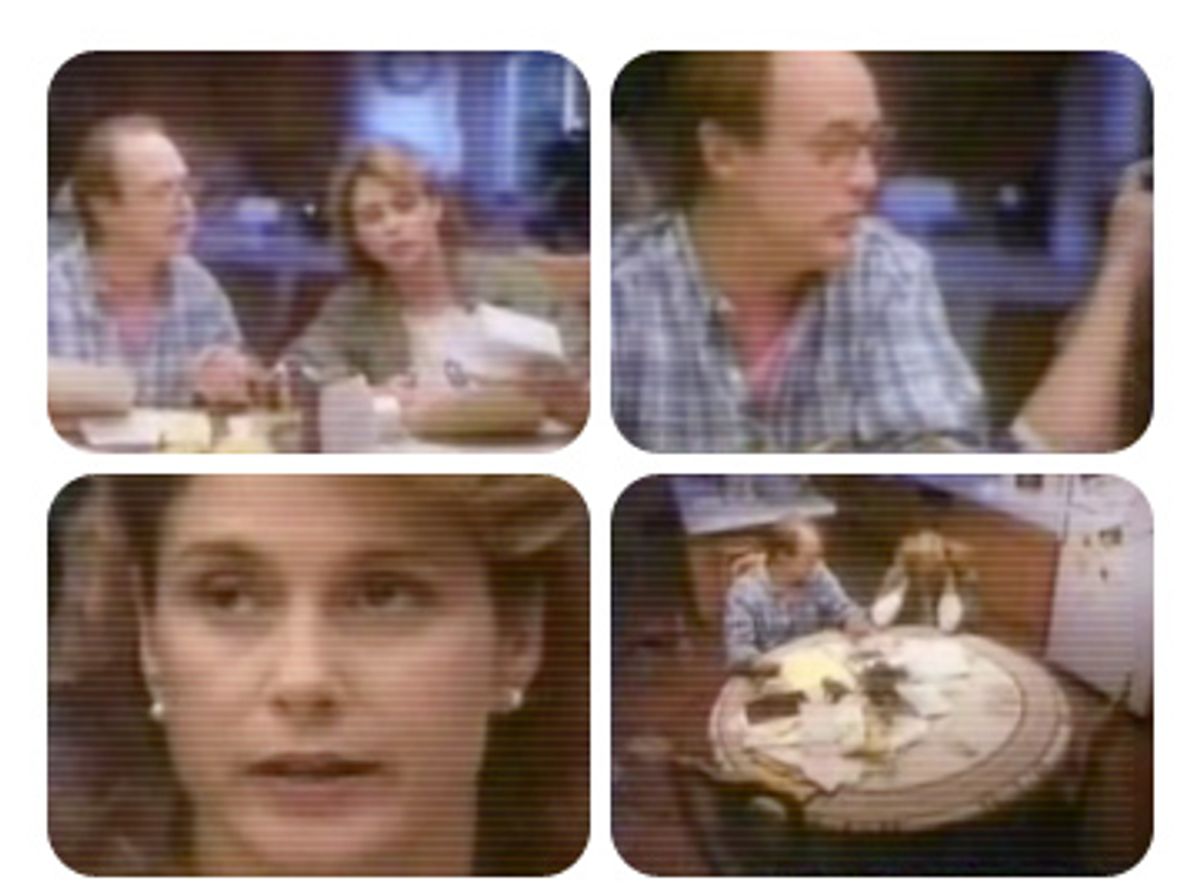 Even as the ad starts, you know it's going to be scary. "Sometime in the future," reads the text on the bottom of the screen. A man and woman sit around their kitchen table, shuffling through an ominously large pile of bills (and using a calculator that's nearly the size of today's laptops). "This was covered under our old plan," the woman complains, looking at one. "Oh, yeah, that was a good one, wasn't it?" her husband answers. In the background, a piano plays a sad little riff.

If not for the fact that Harry and Louise, the couple in the commercial, helped kill systemic healthcare reforms 15 years ago -- the last time a Democratic president, or any president for that matter, tried to fix the flaws in U.S. healthcare delivery -- the ad campaign might seem like a harmless relic from the past, like just another Tamagotchi ad or Tag Team song. But in 1993 and 1994, the commercials were devastatingly effective. They helped focus opposition to the sprawling healthcare reform plan that the Clinton administration had worked up, mostly behind closed doors, and to the thousand-page bill the White House wound up delivering to Congress -- where it died a very slow and very public death and, a few months later, helped end Democratic control of the House and Senate, too.

Fast-forward through the "future" that the 1993 versions of Harry and Louise were living in -- which, by now, is probably years in the past anyway -- to Thursday afternoon, when President Barack Obama held a White House healthcare summit designed to launch a push for reform this year. Things look a little different now: 46 million Americans, up from 39 million in 1993, don't have any health insurance at all. Health insurance premiums for the people who do have coverage have gone way up. Polling shows that voters think it's more urgent than ever to rein in healthcare costs. "We're past the Harry and Louise moment," Sen. Sheldon Whitehouse, D-R.I., said at the summit. "We're at the 'Thelma and Louise' moment -- we are in a car heading over the cliff." The situation is so dire that -- strangest of all for anyone who lived through the battles over Clinton's healthcare plan -- Harry and Louise are now on the reformers' side.

"We want to work with you," Karen Ignani, president and CEO of America's Health Insurance Plans, the private health insurers' trade group, told Obama at the summit -- perhaps because private health insurers hope the solution doesn't involve throwing them over the cliff. AHIP, when it still called itself the Health Insurance Association of America, bankrolled the Harry and Louise campaign. By Thursday, Ignani was one of dozens of lobbyists from groups that fought tooth and nail against reform 15 years ago who joined union officials, lawmakers and policy experts to talk about how to fix things. "We want to work with the members of Congress on a bipartisan basis here. You have our commitment. We hear the American people about what's not working. We've taken that seriously. You have our commitment to play, to contribute, and to help pass healthcare reform this year."

The summit, like a similar one the White House put together on "fiscal responsibility" during its budget rollout last week, was a strange mash-up of presidential speech, brainstorming session and Q and A between Obama and some of the people who will wind up being big players in the healthcare debate. (That didn't include Kansas Gov. Kathleen Sebelius, whom Obama nominated last week to replace Tom Daschle as his pick for secretary of health and human services; she stayed in Topeka on state business.) Though Senate GOP leader Mitch McConnell had tried to draw a line in the sand against any new government-run insurance programs, there he was Thursday, mostly declawed, thanking Obama for inviting him to participate. The White House lined up real people with healthcare horror stories to sit in on the small-group breakout sessions along with the lawmakers who will eventually draft a reform proposal.

And Obama managed, as he so often has, to come across as interested in hearing from all sides -- as long as they share his goal of fixing the system. Thursday's event didn't put out any new details about anything Obama wants; the message was a much more overarching "do something."

And in keeping with Obama's warning, most of Thursday was free of discord. The breakout sessions found broad agreement on the need for reform, as well as on -- generally speaking -- how to do it: cut costs; let people who like their current coverage keep it, so that the middle class doesn't resist the new system; focus on prevention instead of more expensive after-the-fact treatments. Things have gotten so bad in the past 15 years that it hardly occurs to anyone to ask whether healthcare in America needs to change.

Yes, some Republicans threw down some warnings of their own. "Taxpayers cannot afford to subsidize a bureaucratic takeover of healthcare with a massive tax hike on all Americans, particularly in these troubled economic times," House Minority Leader John Boehner of Ohio said in a press release. The Republican National Committee sent reporters a series of links to stories raising the specter of a $1 trillion tax hike to pay for Obama's new healthcare proposals; the budget the White House put out last month includes more than $600 billion to pay for what Obama says is only the first step to reform.

Still, at least for now, before the legislative battles heat up, the whole city seems to be reading from the same set of charts (to borrow a metaphor doctors might use). Sen. Chuck Grassley, R-Iowa, the top Republican on the Senate Finance Committee, said he hopes to be working with Democratic leaders on drafting a bill by June. True, that may not seem so fast if you're watching your savings being vacuumed up by COBRA payments after you've been laid off, but by Washington standards -- especially for complicated issues -- it's practically tomorrow. The GOP seems ready to cooperate with Obama on fixing healthcare, possibly moving on from the loud "no!" they issued, in lockstep, on the economic stimulus plan that the administration pushed through Congress anyway.

That does have liberal groups a little worried about whether compromises might water down whatever medicine Washington is working on. "We shouldn't confuse President Obama's having an open door with his being a doormat," said Richard Kirsch, the head of Healthcare for America Now, a coalition of labor unions and progressive interest groups pushing for action. The White House seemed to hear them.

"While everyone has a right to take part in this discussion, nobody has the right to take it over and dominate," Obama said. "The status quo is the one option that's not on the table, and those who seek to block any reform at any costs will not prevail this time around." Harry and Louise -- he was talking to you.