It's starting to look a lot like an apocalypse. 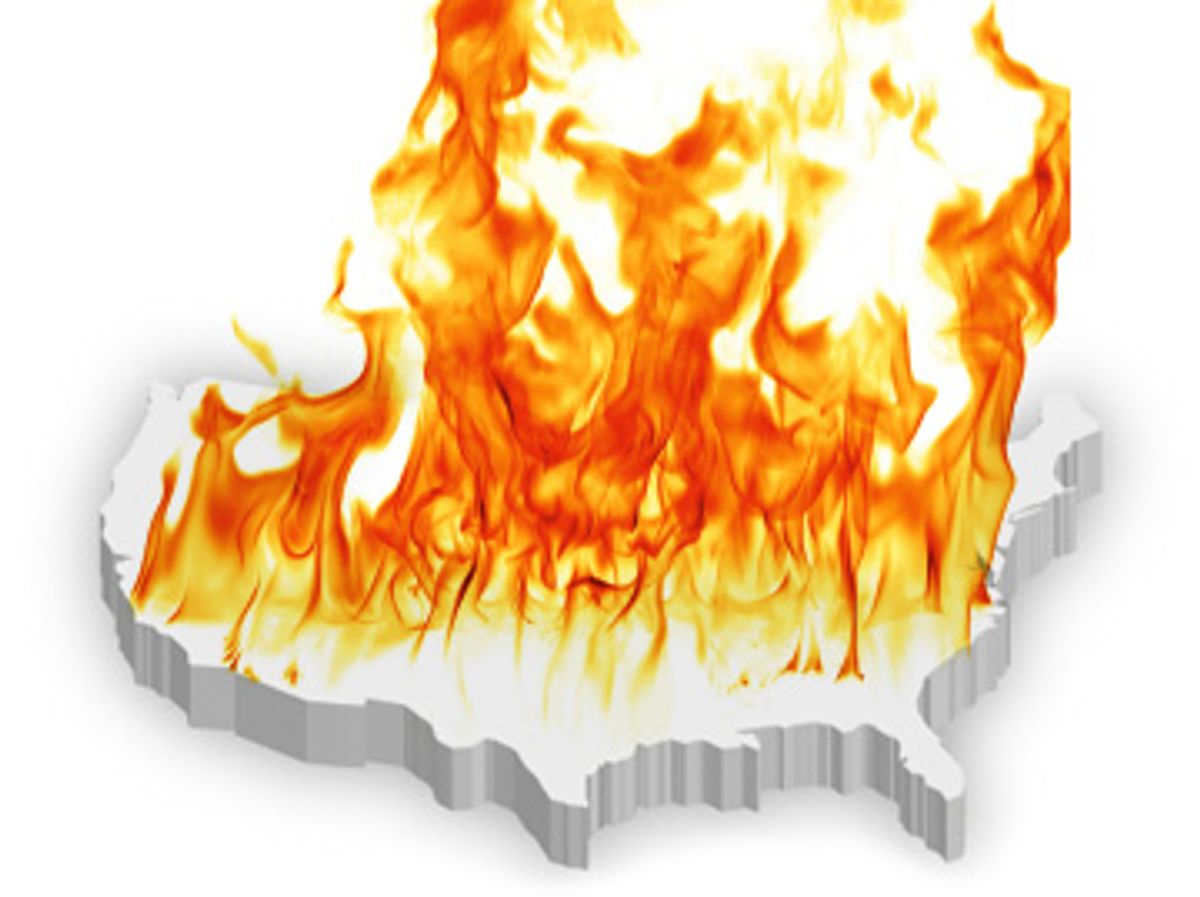 Any serious scribe will tell you that writing is, at its heart, the maddening struggle to find exactly the right words. Should the overcast sky be called "gray," or "beige"? Is Rush Limbaugh best described as "an enraged Jabba the Hut," or "a deranged Stay Puft Marshmallow Man"? Are we living through a "recession" or a "depression"?

Recently, I've been groping for the precise word to characterize the zeitgeist of this (unfortunately) historic moment. I know it's not merely "demoralized." It's something far more dread-laden -- a word I finally found during a visit last week to central Mexico.

Sitting atop the famed Pyramid of the Sun, I took in Teotihuacan -- the ancient metropolis outside Mexico City. Its weathered bricks and mortar look like many great archaeological wonders, except its annals include a harrowing asterisk: When the Aztecs discovered the site, it was abandoned, and nobody knows what happened to its inhabitants. The ruins thus feel like monuments to an apocalypse.

That's the term that popped into my mind as I baked in the Mexican sun -- "apocalypse": a phenomenon whose signs are everywhere these days.

In America, our apocalyptic symbols are usually subtler -- the birth of octuplets or a restaurant chain's Chicago Seven pizza, which consumerizes a renowned court case into a fast-food dish. But Wall Street and Washington exhibit a more overt Sodom and Gomorrah quality of late, to the point where even business magazines like Portfolio are invoking the A-word.

It's not just the economic turbulence or the corruption that evokes this new darkness -- both have been around for a while. It's the “I feel fine” obliviousness of R.E.M.’s cataclysmic ballad -- the aggressively defiant, adamantly proud ignorance that marks history’s end times.

As wages stagnate in a nation whose median household income is $50,000 a year, one financial executive tells reporters that bankers "can't live on $150,000 to $180,000." Another bemoans efforts to restrict CEO pay by saying that "$500,000 is not a lot of money" -- and the New York Times chimes in by insisting that it’s true: "Half a million a year can go very fast."

Similarly, as lawmakers hand banks trillions of taxpayer dollars, Sen. Kent Conrad, D-N.D., complains that Congress has gotten "very little done to help the financial sector," and Rep. Michele Bachmann, R-Minn., says America should be most worried that "we're running out of rich people." Meanwhile, reporter Rick Santelli is billed as a populist hero for standing amid wealthy commodities traders and telling CNBC’s viewers that the people being thrown out of their homes are "losers."

Hollywood, our cultural mirror, reflects this back as a simultaneous mix of hedonism and fatalism, an MTV beach party at the end of the world. During this economic crisis, we're given "Confessions of a Shopaholic," a comedy film that glorifies overborrowing and overspending. We'll soon be fed the final season of "Lost," a television show whose Benetton models stumble onto a mystery that might destroy the planet. And then it's on to a film version of "The Road," Cormac McCarthy's fable about cannibalism at the end of humanity.

Apocalypse ... it seems so biblical, but suddenly feels so now. And if we don't quickly wake up and turn things around, we will be left to mutter Col. Kurtz's despondent whisper: "The horror ... the horror."