The members of a radical leftist family lose their patriarch and are forced to cope with disillusionment and secrets in Zoe Heller's sharply etched new novel. 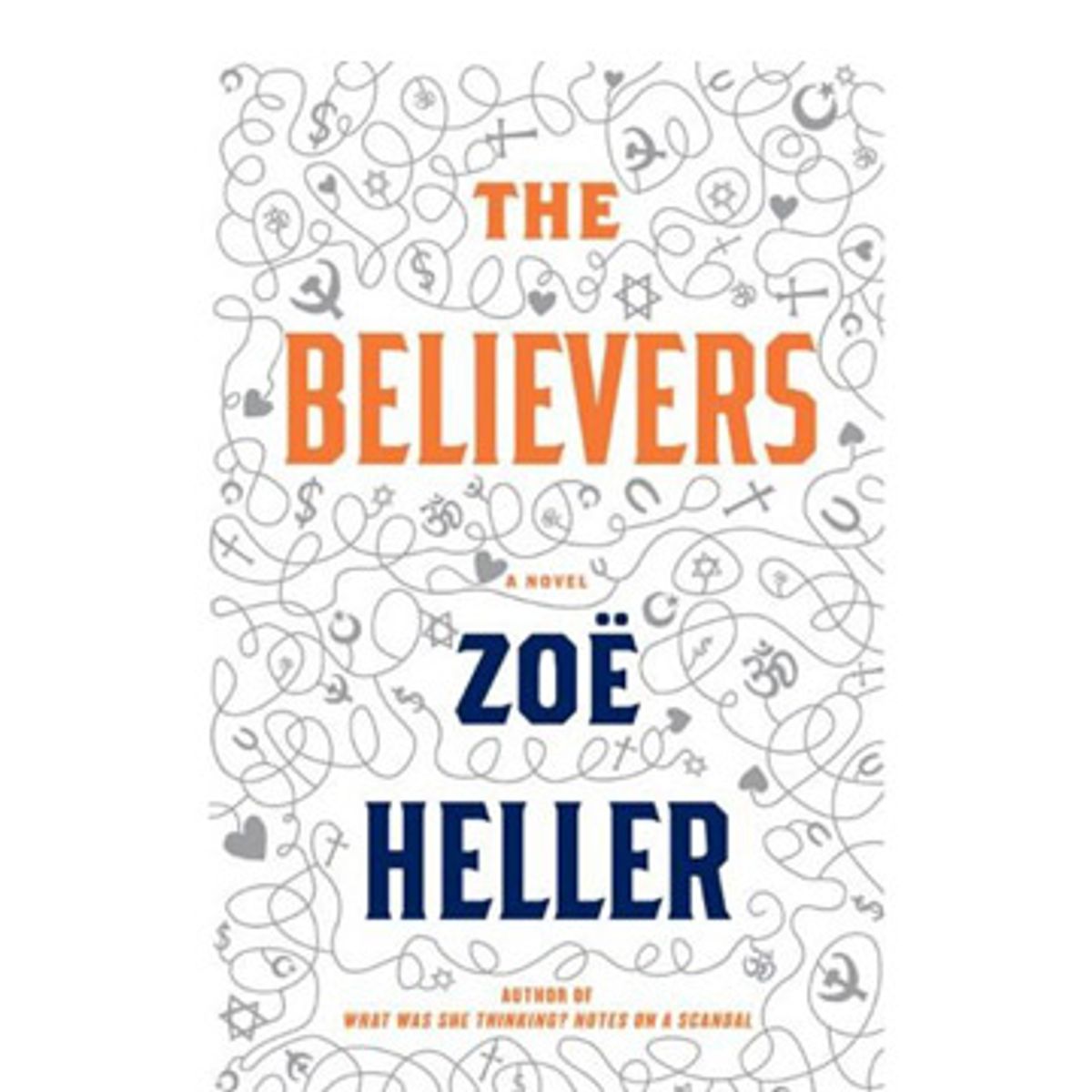 Thanks to the title, we know how we're meant to view the characters in Zoë Heller's new novel, "The Believers," even before we crack the book open. The believers in question are the members of the Litvinoff family, specifically Audrey, wife and mother, and her two daughters, Rosa and Karla. The paterfamilias, Joel, spends most of the novel in a post-stroke coma, having collapsed in the midst of a sensational trial. A storied leftist attorney manifestly modeled after William Kunstler, Joel met Paul Robeson as a kid at a red-diaper summer camp, worked for Martin Luther King Jr., and at the moment of his collapse had been just about to defend a member of "the Schenectady Six," Arab-Americans accused of supporting terrorism.

What the Litvinoffs believe in, first and foremost, is the Litvinoffs, a cult centered around the shabbily appointed Greenwich Village townhouse where Audrey and Joel have lived for decades. Each Litvinoff woman, however, professes her faith in a different way. Audrey, born and raised in England, is the sort of knee-jerk radical who instantly adapted her geopolitical analysis to the events of Sept. 11 while everyone else was still reeling. She was "celebrating the end of the myth of American exceptionalism" by lunchtime, prompting her friend Jean to think that "the speed with which she had processed the catastrophe and assimilated it to her world view had been formidable in its way, and at the same time ... A little chilling." Rosa, much to her atheist parents' chagrin, begins dabbling in Orthodox Judaism after a stint in Cuba demolishes the fist-pounding socialism of her youth. Last and (as far as everyone else in the family is concerned) invariably least, meek Karla dutifully shoulders her role as doormat, weathering her mother's incessant criticism, her father's inattention and the perfunctory affections of a labor organizer husband who married her primarily to become a Litvinoff.

The disillusionment inevitably awaiting this clan has to do with Joel and his secrets -- which amount to pretty much what you'd expect, though I won't spoil it -- and the reassessments, also inevitable, that follow. The novel's title, in a way, is misleading because Heller (a former newspaper columnist and author of "What Was She Thinking?," the basis for the movie "Notes on a Scandal") doesn't seem terribly compelled by the theme of belief, or at least not by the fervency that the Litvinoffs embrace. The sensibility guiding this book is authoritative but skeptical, a restless, sardonic, disenchanted eye that moves from one point of view to another without ever entirely surrendering to any of them. Behind the scrim of the title's conceit, this is really an account of familial dynamics, written with a detachment appropriate to a dissection. In its concerns and its style, "The Believer" most closely resembles Zadie Smith's "On Beauty," but it has a cooler heart.

What makes the "The Believers" work is its precision and accuracy. The characters are pinned down, yes, but Heller meticulously affixes every wing and filament. In a prologue describing their first meeting, Audrey watches Joel across a party, noting that "from time to time, when someone else was talking, he raised one leg and swung his arm back in an extravagant mime of throwing a ball. He was either very charming or very irritating: she had not yet decided." Much of Joel's personality -- the confidence rooted in his athleticism, his craving for attention, his boyishness, his good humor -- gets conveyed by those two sentences, but their shrewdness presents a puzzle: The kind of person who makes observations this sharp can rarely get starry-eyed enough to become a believer.

The stridency of Audrey's politics, however, is mostly a barricade erected against the frightening knowledge that, without Joel, her life lacks purpose -- the principle at work being that the best defense is a ferocious offense. Audrey is the novel's pièce de résistance, a monster of sorts, but splendidly alive all the same; everyone knows someone like her. She is one of those people who dispenses withering remarks the way Santa hands out candy canes, with the conviction that her "truthfulness" provides a necessary corrective to what she perceives as ambient bullshit. "Her mother," Rosa thinks, "was always congratulating herself on her audacious honesty, her willingness to express what everyone else was thinking. But no one, Rosa thought, actually shared Audrey's ugly view of the world. It was not the truth of her observations that made people laugh, but their unfairness, their surreal cruelty." The ultimate impossible mother, she mercilessly rides Karla and Rosa yet coddles her adoptive son, Lenny, a druggy wastrel who, if Audrey has her way, will never grow up.

Rosa, whose greater self-awareness ought to make her the novel's emotional center, can't really compete for interest with the whirling, universe-devouring black hole that Audrey becomes after Joel's stroke. Besides, Rosa's religious dithering, like the leftist fanaticism of her past, doesn't feel entirely credible; Heller is persuasive on the reasons people retreat into belief -- the fear of taking responsibility for one's own life, the unwillingness to confront self-hatred, the inability to tolerate uncertainty and ambiguity -- but less so on faith's positive rewards, its ecstasies. Her views on it have the air of ethnography; you don't sense the author has ever been a believer herself.

Ultimately, it's mousy, overlooked Karla who carries the novel out of the claustrophobia of conviction. Having spent her life orbiting larger-than-life personalities, she contemplates the possibility that the merely life-size might be more to her taste. Heller, no doubt, agrees with her. The novel ends on a subway train rocketing out of Manhattan, toward Brooklyn and other parts unknown but doubtlessly much more forgiving.