Michael Steele is here to stay

Plenty of conservatives want to eighty-six him. But the P. Diddy-loving RNC chair isn't going anywhere. 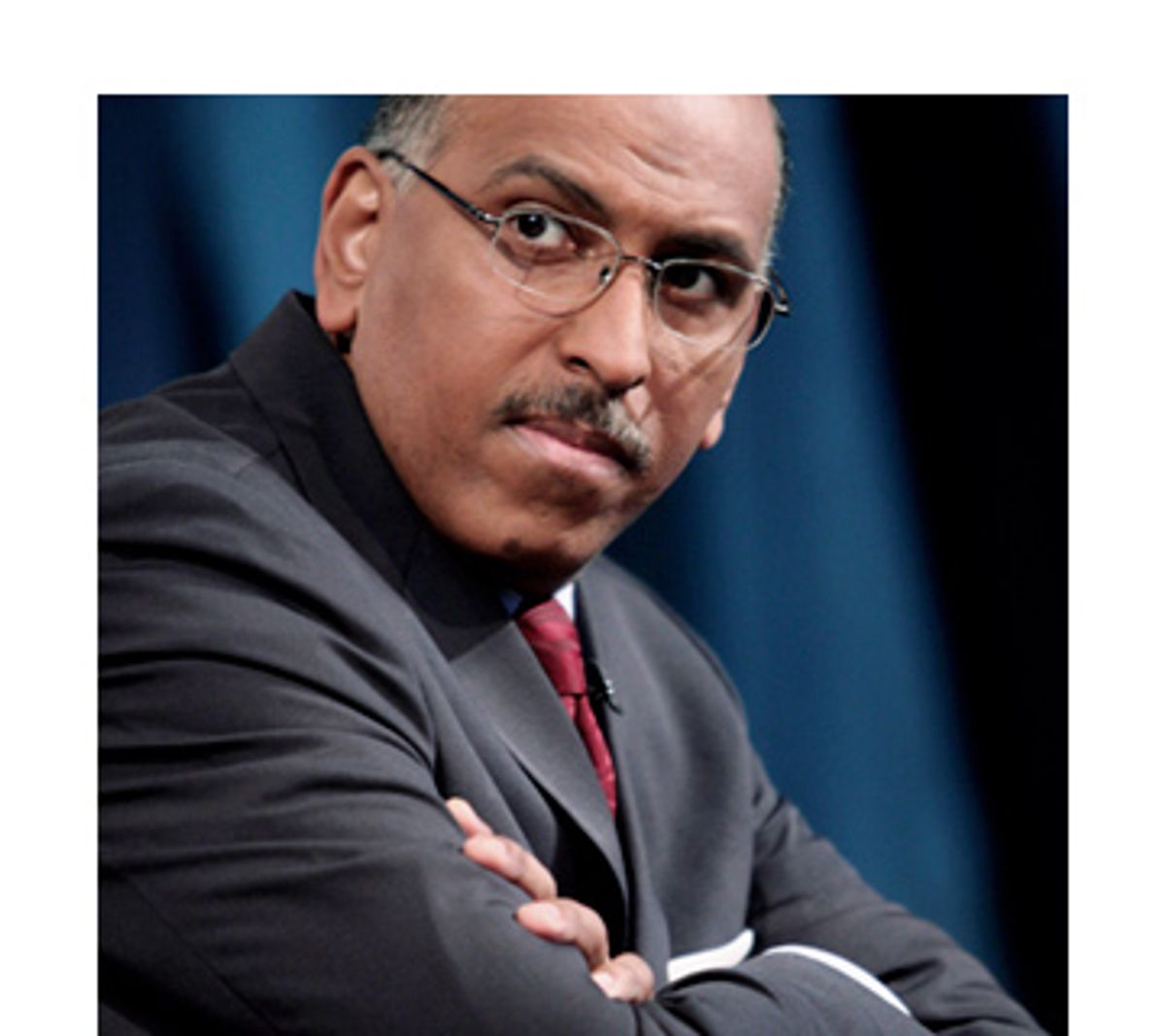 Around the middle of Thursday afternoon, people on the Republican National Committee's e-mail lists started getting copies of a message from Michael Steele. "It's time to set the record straight," the subject line read.

Was it a personal missive from the new RNC chairman, walking back his disastrous interview with GQ published the night before? In the interview, Steele sounded pro-choice and pro-gay marriage. That came after he declared his love for the "Pack Rats from the 1950s." (A bungled shout out to the crooners may not have been Steele's savviest cultural move, as he previously stated he wanted to bring Republican principles to "urban-suburban hip-hop settings.") Then again, maybe Steele was asking forgiveness of Republicans in Congress, whom he had compared to "mice scurrying around because they no longer have access to the cheese." Or maybe the RNC head was offering an apology to Rush Limbaugh for saying the talk-radio gasbag doesn't run the Republican Party. Oh, wait, he had already issued one of those.

Alas, it turned out Steele's e-mail was just a routine fundraising pitch, seeking contributions of "$1,000, $500, $100, $50 or $25" to help get the facts out about "President Obama and the Democrats' reckless and irresponsible, tax-and-spend agenda." But it would hardly have been a surprise if it was about Steele himself.

Steele came under withering attacks from social conservatives Thursday for the GQ interview. Ken Blackwell, the former Ohio secretary of state whose decision to drop out of the RNC chairman's race and endorse Steele helped him win, said Steele needed to go "re-read the Bible, the U.S. Constitution and the 2008 GOP platform." That was on top of a month's worth of grumbling by GOP strategists around Washington who aren't sure what to make of his "off the hook" ways.

The grumbling comes because so far "off the hook" appears to mean "make it up as we go along." The RNC just got around to hiring an executive director and a new communications boss on Thursday, nearly six weeks after Steele's election; rumors are flying around GOP circles that the party's fundraising take for February will make Republicans long for the good old days of Mike Duncan, the previous chairman, who ran for reelection but lost to Steele. One source told Salon the chairman still hasn't met with key staffers in some RNC departments. And Steele can't seem to open his mouth without becoming fodder for Stephen Colbert. (A Steele consultant, handling press requests, didn't return Salon's calls.)

Despite all that, chances are Democrats will have Michael Steele to kick around for quite some time. Various RNC members, Republican consultants and activists and Capitol Hill aides told Salon that the party's new boss is hardly in danger of losing his job. "He was elected honestly and fairly on one issue -- change -- and he's legitimately trying to make change," said Ron Kaufman, an RNC committee member from Massachusetts and a D.C. lobbyist who backed Duncan's reelection; Kaufman lost his post as head of the RNC's budget committee when Steele won. "A lot of people don't like it, especially inside the Beltway, but I think the membership wants to give him time to try to implement change."

No matter how much it might burn Washington consultants or grass-roots activists, Steele owes his job only to the 168 members of the RNC. They may be an extreme collection of right-wing zealots, but like all Republicans, the RNC members respect hierarchy; suddenly changing course two months into Steele's tenure would be an extremely un-GOP thing to do. There are rumors that various defeated rivals of Steele's are plotting to orchestrate a recall effort, but Katon Dawson, the South Carolina party chairman who came in second in the race, denies any interest in such activities. Besides, for Dawson, a former member of a whites-only country club, leading an effort to unseat the party's first black chairman would cause the GOP a whole new set of headaches. The logistics of ousting Steele are daunting, too. It takes a two-thirds vote of RNC members to do so, meaning 112 of them would have to support firing the chairman. Steele won 91 votes in the final ballot against Dawson, and no matter how ridiculous his public image has gotten lately, it's hard to imagine him being unable to hold on to at least 56.

Simply shutting up for a while could help Steele out. "There's obviously a lot of grumbling right now, but it's not a sprint, it's a marathon," one GOP strategist said. "Over time, he'll grow stronger, and put the past 30 days behind him." A Republican victory in the March 31 special House election to fill New York Sen. Kirsten Gillibrand's upstate seat would also help: Steele and the RNC have dumped plenty of money and energy into helping out GOP candidate Scott Tedisco's campaign.

Some Republicans think Steele is doing a better job than it appears. Anti-tax activist Grover Norquist, who hosts weekly meetings of conservative lobbyists and operatives in Washington, swears he hasn't heard any talk of overthrowing the new chairman, and says Steele is doing the right thing by scouring the RNC's budget and operations for cost savings and new ways of handling old tasks. "My unsolicited advice to him is to do more things like when he gave $1 million to [the party's Senate and House campaign committees]," Norquist said. "That was good press for a day. Do a few other things that are deliberately set up to focus on what you're doing. Instead, they're sort of quietly working on stuff." Kaufman agreed, saying RNC members were glad to see Steele clean house of some of the GOP's old guard -- including Kaufman himself.

That's not to say, though, that Republicans aren't wary of Steele's rapid slide into late-night punch line. Even one person who defended the chairman started the conversation about him Thursday by cracking a joke: "What do I think of Steele? He's tall, good looking. Nice suits, good ties. Kind of a GQ kind of guy." Some of Steele's critics carry a lot of weight among conservatives, even if they don't have enough clout to sway members into actually throwing him out. Take Tony Perkins, the head of the Family Research Council, who said Thursday that it's "very difficult to reconcile the GQ interview" with Steele's promise to uphold conservative planks in the GOP platform. Or Mike Huckabee, a once -- and possibly future -- Republican candidate for president, who said Steele's remarks mean the party "stands to lose many of its members and a great deal of its support in the trenches of grassroots politics."

The best-case scenario for Democrats might be the one that's in the process of playing out: Steele holds on to his post but stirs up ire and angst among the GOP base in the process. (One Democratic operative has launched a mock campaign on Twitter to keep Steele in the job.) Steele won election by promising to stir things up at the RNC -- to bring Republicans their very own kind of change, à la President Obama. So far, he's doing it, but it might not be change the GOP can believe in.