Calling abortion an "individual choice" and the congressional GOP "mice" could get him fired. But I'll miss this hip-hop fan who loves the "Pack Rats." 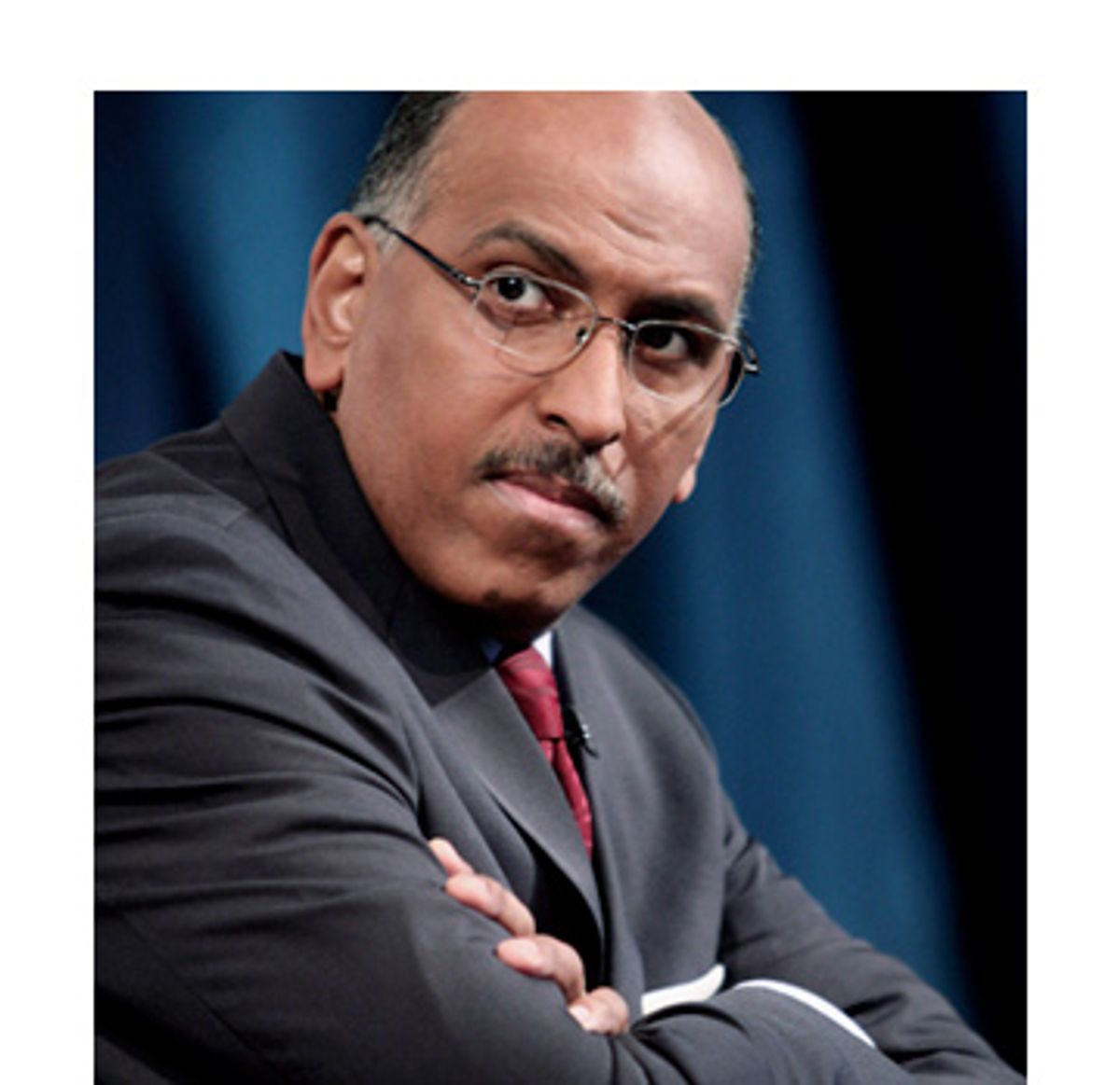 To recap: Steele told Thomas that GOP congessional leaders are like "mice" who are "scurrying" because they no longer have access to "cheese" -- read: any clue what Steele is doing. Maybe more inflammatory, he told DePaulo that he thought abortion was an "individual choice" and that he opposed a constitutional amendment on gay marriage. And for a guy who promised to bring hip-hop to the GOP message, he couldn't really name a modern-day hip-hop artist. He called Diddy "P. Diddy" -- oh, who can blame him -- and hailed Grandmaster Flash, who still deserves all of our love and respect, but who is also known as "the grandfather of hip-hop."

That inflamed Alex Koppelman. Understandably. But A-Kop utterly ignored the equally heinous ignorance Steele displayed in GQ about the music of my parents' era -- Frank Sinatra, Dean Martin, Sammy Davis Jr. Or as Steele described them, "the Pack Rats." Huh? DePaulo corrected him: "You mean the Rat Pack." Steele was cool. "The Rat Pack, yeah."

First he alienates that crucial "urban-suburban" hip-hop fan base by not knowing P.Diddy is now, usually, Diddy; then he turns off their grandparents by screwing up the term "Rat Pack"? To be fair, maybe "Pack Rats" is the hip-hop version of the Rat Pack. I'm so confused. But I am glad the RNC went out and found a black chairman, now that we have a black president. That is really working.

In Steele's defense: I do love the idea of his loving Dean Martin, as he told DePaulo; thank God he didn't feel he had to say his favorite was Sammy Davis Jr. In America today, Michael Steele can prefer Dean-o over Sammy. He can like Culp over Cosby, Gibson over Glover. Or McCain over Obama! Is this a great country, or what?

Michael Steele, we're gonna miss you when you're gone.