Why are Republicans scared of competition?

The GOP can't stomach the prospect of American consumers having free choice over their healthcare programs. 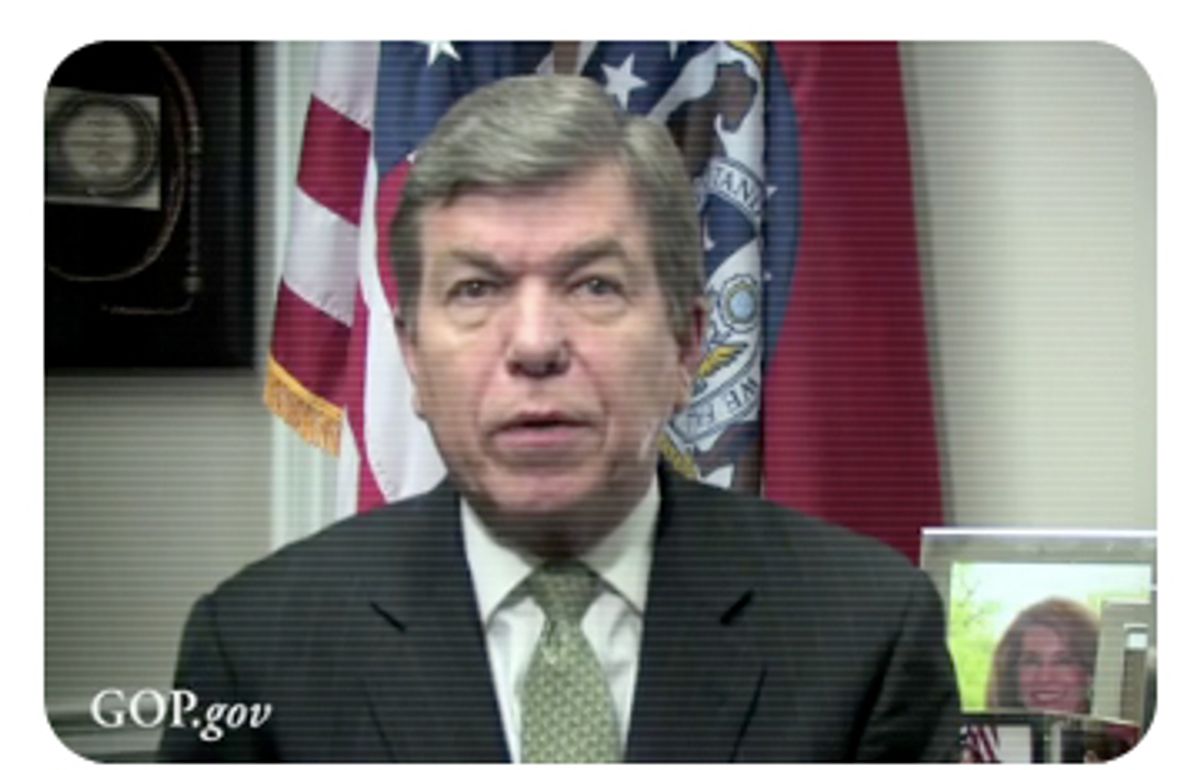 Despite the shock and awe of Democrats' melodramatic press releases, nobody was genuinely surprised by the recent McClatchy newspaper headline screaming that "GOP Lawmakers Tout Projects in the Stimulus Bill They Opposed." We all know that politicians love to brag about bringing home the bacon -- even the bacon they vote against.

Far more baffling are those same politicians contradicting their entire foundational philosophy. When that starts happening, as it is in the debate over healthcare, things can become authentically confusing.

Anyone who remembers the 1993-94 healthcare fights knows that Republicans have long asserted that private insurance is more efficacious and more adored by patients than government-run programs like Medicare. To solve the healthcare crisis, those on the right say we must foster more price-cutting, efficiency-producing competition. "The American people know that innovation, choice, and competition work," wrote Sen. Tom Coburn, R-Okla., in an archetypal Op-Ed titled "Competition Solves Health Care."

Give conservatives credit here: At minimum, this argument had a logic to it, however flawed. Sure, it is belied by data: The Urban Institute reports that private insurers spend up to 30 percent of their revenue on administrative costs (read: salaries, paperwork, etc.) while government programs spend just 5 percent, and polls show Medicare recipients are far more satisfied with their healthcare than those in the private system. But, in nonetheless claiming that the private sector will always outperform the government, Republicans at least presented an ideologically coherent (if fantastically inaccurate) hypothesis.

That all changed, though, when Democrats this week began pushing to let citizens buy into a government-sponsored health plan similar to the one federal lawmakers enjoy.

The allegedly competition-loving GOP immediately stated its strong opposition on the grounds that the initiative would begin "forcing free market plans to compete with government-run programs," as congressional Republicans lamented. While Rep. Roy Blunt, R-Mo., insisted that the GOP remains "committed to common-sense solutions that promote competition," he said his party is "concerned that if the government" is permitted to compete, "it will eventually push out the private healthcare plans."

Hold on a second.

Haven't they been telling us that government programs are obviously worse than private health insurance? Yes, again.

Then, don't they welcome a private-versus-public competition, believing that the former will easily trump the latter? Well ... uh ... no.

As I said, this is truly perplexing.

In one breath, GOP Jekylls say government medical plans will be inefficient, inferior to private insurance, and thus hated by Americans. In another breath, Republican Hydes effectively admit that government programs would be so efficient, superior to private insurance, and loved by Americans that they will attract more consumers and dominate a healthcare competition.

Of the two assertions, of course, the latter is closer to the truth -- and the GOP knows it.

Republican lawmakers received the new Commonwealth Fund report showing that a public system would save consumers $2 trillion through reduced premiums and lower administrative costs. They see surveys showing that the country overwhelmingly wants the government to create a public health program -- and they know if given a choice, many Americans will opt into that program rather than swim with the private insurance sharks.

Republicans can't simply acknowledge these truisms, however, because doing so would undermine the insurance industry that's filling their campaign coffers. So instead, we get pro-competition, government-is-ineffective "conservatives" working to thwart competition and implicitly admitting they believe the government will be too effective.

Yes, when it comes to competition, Republicans were for it before they were against it. And this time, that confounding flip-flop doesn't merely threaten a bumbling presidential candidate, it imperils a healthcare revolution.