Accountable to nobody, the insurance giant makes public officials look impotent and shows how little Americans can control where our money goes. 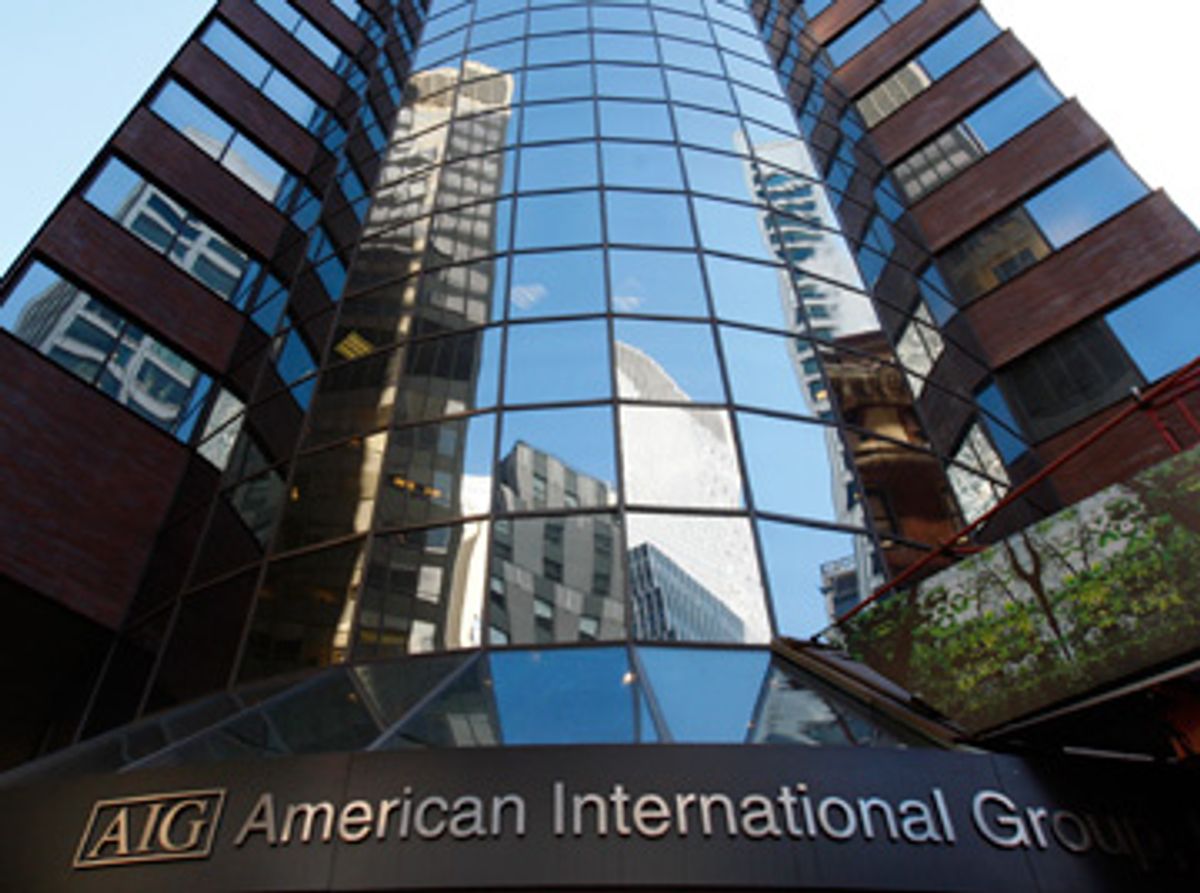 The real scandal of AIG isn't just that American taxpayers have so far committed $170 billion to the giant insurer because it is thought to be too big to fail -- the most money ever funneled to a single company by a government since the dawn of capitalism -- nor even that AIG's notoriously failing executives, the very unit responsible for the catastrophic credit-default swaps at the very center of the debacle, are planning to give themselves over $100 million in bonuses. The scandal is that even at this late date, even in a new administration dedicated to doing it all differently, Americans still have so little say over what is happening with our money.

The administration is said to have been outraged when it heard of the bonus plan last week. Apparently Secretary of the Treasury Tim Geithner told AIG's chairman, Edward Liddy (who was installed at the insistence of the Treasury, in the first place) that the bonuses should not be paid. But it turns out that most will be paid anyway, because, according to AIG, the firm is legally obligated to pay them. The bonuses are part of employee contracts negotiated before the bailouts. And, in any event, Liddy explained, AIG needs to be able to retain talent.

AIG's arguments are absurd on their face. Had AIG gone into chapter 11 bankruptcy or been liquidated, as it would have without government aid, no bonuses would ever be paid (they would have had a lower priority under bankruptcy law that AIG's debts to other creditors); indeed, AIG's executives would have long ago been on the street. And any mention of the word "talent" in the same sentence as "AIG" or "credit default swaps" would be laughable if laughing weren't already so expensive.

This sordid story of government helplessness in the face of massive taxpayer commitments illustrates better than anything to date why the government should take over any institution that's "too big to fail" and which has cost taxpayers dearly. Such institutions are no longer within the capitalist system because they are no longer accountable to the market. To whom should they be accountable? As long as taxpayers effectively own a large portion of them, they should be accountable to the government.

But if our very own Secretary of the Treasury doesn't even learn of the bonuses until months after AIG has decided to pay them, and cannot make stick his decision that they should not be paid, AIG is not even accountable to the government. That means AIG's executives -- using $170 billion of our money, so far -- are accountable to no one.