A tribute to the talented actress, whose unpretentious presence perhaps masked how good she really was. 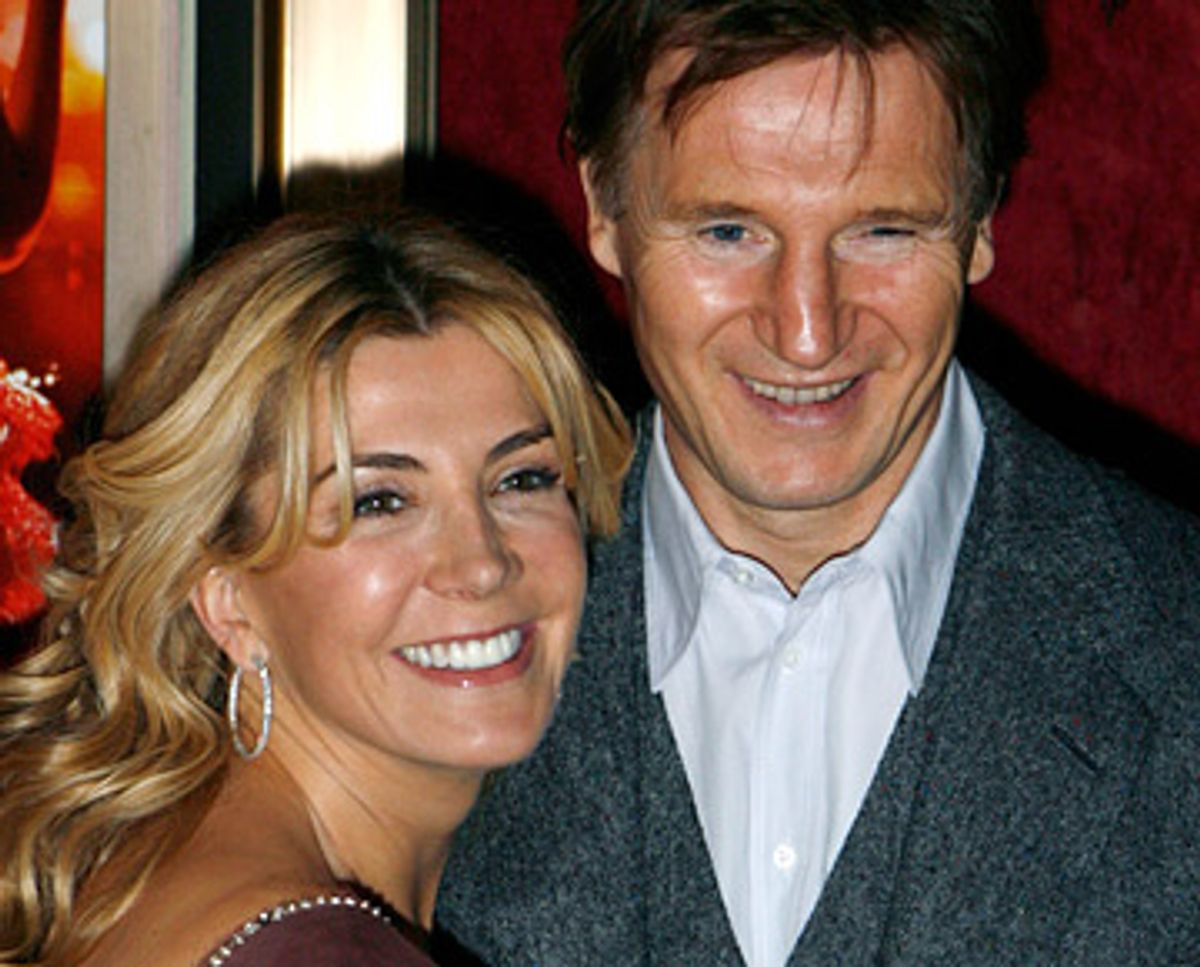 You don't have to be a celebrity-obsessed culture vulture, or a movie critic, to be upset and saddened by the death of Natasha Richardson, who on Monday suffered a seemingly minor skiing accident just outside of Montreal and died on Wednesday in a New York hospital at the age of 45. The story is compelling for lots of reasons, not least because it reminds us of the always present possibility that the people we love best could be taken away from us in a heartbeat.

Most of us haven't thought much about Richardson in recent years, largely because she hasn't had that many starring roles in Hollywood. But anyone who's seen Richardson perform, either in the movies or, I'm certain, on stage, knows that's not for lack of talent or dedication on her part. The reality is that Richardson -- the granddaughter of Michael Redgrave and Rachel Kempson, and the daughter of Vanessa Redgrave and director Tony Richardson, and thus part of a multigenerational show-business family -- was the sort of actress who's too good, and too unusual, for Hollywood to reckon with. For every Julia Roberts or Michelle Pfeiffer -- for every gifted actress who finds her footing as a star, at least for a time -- there are dozens more whose gifts are just as great if not greater, but who perhaps are too subtle for Hollywood to know how to sell. Richardson, I think, fell into that latter category, and the fact that she was such a consistently likable and unpretentious presence perhaps masked how good she really was.

The many hastily collected biographical writeups on Richardson that have been streaming out in recent days generally list the roles that are most familiar to moviegoing audiences, like those in "Nell" (1994), "The Parent Trap" (1998) and "Maid in Manhattan" (2002). They also note, as they should, that she won a Tony in 1998 for her role as Sally Bowles in the Roundabout Theatre Company's revival of "Cabaret." (She had made her Broadway debut in 1993 in "Anna Christie," playing opposite Liam Neeson, who would later become her husband.)

I never saw Richardson on stage, but my favorite among her film performances is that of Patty Hearst in Paul Schrader's 1988 film of the same name. "Patty Hearst" is a challenging and difficult picture, a stylized window into a particular kind of horror story. After members of the Symbionese Liberation Army kidnapped Hearst, they locked her in a closet for days, and thus much of the movie's first 30 minutes takes place in a closet, an enclosed space that's hardly safe or comforting. Hearst was raped and emotionally brutalized by the SLA members who captured her, and there's something about the fragility of Richardson's facial features -- that delicate bone structure, that gently bowed smile -- that makes her character's suffering in that closet almost impossible to bear. Of course, the young Patricia Hearst would have to be portrayed by a young actress, and Richardson was just 25 when she played the role. But she showed wisdom and depth beyond her years. Her performance is complex and sympathetic; there's no judgment in it, only compassion.

In interviews, Richardson often spoke of how difficult it was to come from such a venerable show-business family: Her father -- who died of AIDS in 1991, and whose directing credits included "Tom Jones," for which he won an Oscar in 1964 -- was particularly hard on her. (In a 1998 interview, she talked about how he critiqued one of her early performances, in a production of "A Midsummer Night's Dream"; he gave her a copy of the play in which he'd marked the parts to which she should pay special attention.) And her mother is, simply, one of the greatest living actresses -- possibly, for my money, the greatest. Who would want to follow in those footsteps?

But when I watched a Richardson performance, I never found myself comparing her skills to those of her mother, unfavorably or otherwise. I would look at her face and marvel at how her mother's face was now also alive in hers. Richardson resembled her mother even more than her sister, Joely, does (although of course the resemblance is there, too), and I always loved that sense of continuity and promise. Over the past few days, I found myself enraged to see that numerous celebrity gossip sites -- I refuse to honor their existence by linking to them here -- ran pictures of Redgrave as she arrived at the hospital to see her daughter: There's a distinction to be made between covering a story that means something to people and intruding on a family's private grief. But under any other circumstances, I'm happy to look at pictures of Redgrave. Now the child's face lives on in the mother's.