Deficits don't matter -- and Republicans who are complaining about Barack Obama's spending are hypocrites. 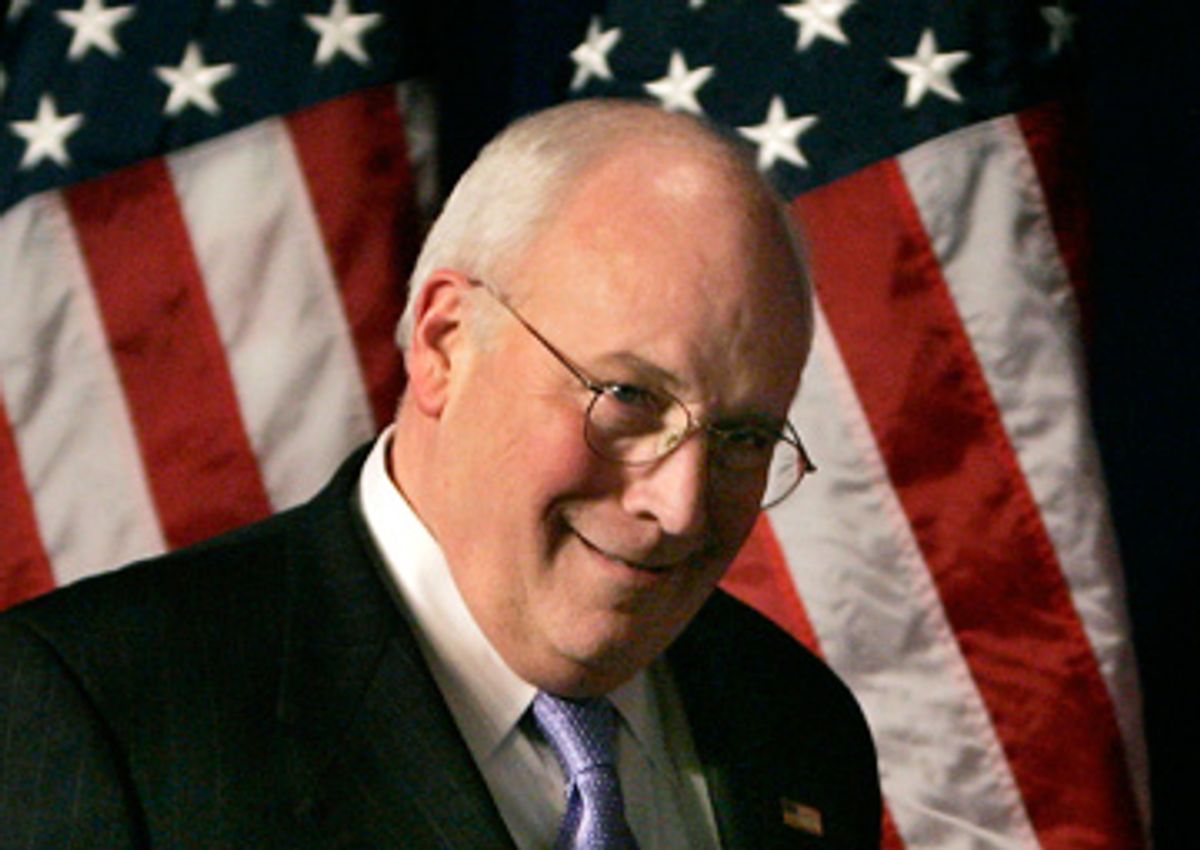 Dick Cheney once observed that "deficits don't matter," which may well have been the most honest phrase he ever uttered. His words were at least partly true, which is more than can be said for the great majority of the vice president's remarks -- and they certainly expressed the candid attitude of Republicans whenever they attain power. His pithy fiscal slogan should remind us that much of the current political furor over deficit spending in the Obama budget is wrong, hypocritical, and worthy of the deepest skepticism.

In our time, the Republican Party has compiled an impressive history of talking about fiscal responsibility while running up unrivaled deficits and debt. Of the roughly $11 trillion in federal debt accumulated to date, more than 90 percent can be attributed to the tenure of three presidents: Ronald Reagan, who used to complain constantly about runaway spending; George Herbert Walker Bush, reputed to be one of those old-fashioned green-eyeshade Republicans; and his spendthrift son George "Dubya" Bush, whose trillion-dollar war and irresponsible tax cuts accounted for nearly half the entire burden. Only Bill Clinton temporarily reversed the trend with surpluses and started to pay down the debt (by raising rates on the wealthiest taxpayers).

Republicans in Congress likewise demanded balanced budgets in their propaganda (as featured in the 1993 Contract with America), but then proceeded to despoil the Treasury with useless spending and tax cuts for those who needed them least. Even John McCain, once a principled critic of those tax cuts, turned hypocrite when he endorsed them while continuing to denounce the deficits they had caused.

But was Cheney wrong when he airily dismissed the importance of deficits? In the full quotation, as first recounted by Paul O'Neill, Bush's fired Treasury Secretary, he said, "You know, Paul, Reagan proved deficits don't matter. We won the [Congressional] midterms [in November 2002]. This is our due." What he evidently meant -- aside from claiming the spoils -- was that the effects of deficit spending tend to be less dire than predicted. And that insight deserves to be considered if only because all the partisan barking over the projected deficits in the Obama budget is so hysterical -- as if nothing could be worse than more federal spending.

Such is the institutional bias of the Washington press corps, which habitually refers to deficits "exploding" and to the nation "engulfed in red ink," and so on. But in fact the United States has recovered from considerably deeper indebtedness than that now on the horizon. Besides, as history warns, there are things much worse than deficits and debt. One such thing was the Great Depression, prolonged when Franklin Roosevelt decided to curb the deficits that had revived the economy, and ended only when he raised spending even higher in wartime. Another was worldwide fascist domination, a threat defeated by expanding America's public debt to unprecedented levels during World War II. No sane person cared then that public debt had risen well above gross domestic product.

Those scary charts and graphs often deployed to illustrate our parlous state of indebtedness rarely date back as far as the Forties and Fifties -- and the reason is simple. The massive deficits incurred during the war didn't matter, as Cheney might say, because the wartime national investments in industry, technology and science undergirded a postwar boom that lasted for nearly three decades, creating the largest and most prosperous middle class in human history.

The average annual growth rate remained close to four percent for that entire period -- and over time the combination of constant growth and smaller deficits reduced the ratio of debt to a fraction of its postwar dimension. What mattered more than the size of the deficits was whether they were spent on things that enabled consistent growth.

Today, President Obama is more troubled by the enormous threats to the nation's future than by deficits, even if they are projected in trillions of dollars. Clearly he believes that there are still some things worse than debt.

One such thing would be a global depression that drags on for several years. Another would be the catastrophic consequences of unchecked climate change, potentially more devastating than a world war; deteriorating public schools that will undermine democracy and demote us to secondary status; and a national health system that costs too much, provides too little care, and burdens enterprise. By investing now, he hopes to prevent disaster and create the conditions for sustainable expansion.

Not all of the warnings about deficit spending are false. Wasteful federal spending can eventually lead to inflation; excessive deficits can cause interest rates to rise, although that doesn't always occur. But as Clinton proved in confronting the huge legacy of debt left over from the Reagan era, it is possible to raise taxes and slow spending without damage to the broader economy.

As for the Republicans, it is difficult to listen to their doomsaying predictions without laughing. They want us to worry about the evils of deficit spending when they obviously don't worry about that at all. Just yesterday, the House Republican leadership distributed what they called an alternative budget. Missing from that thin sheaf of papers was any attempt to estimate what their plan would cost and how much it would increase the deficit. Their ironic ignorance of history was illustrated by their single concrete proposal. They insist that we must cut the maximum tax rate from 36 percent to 25 percent – or the same as the top rate in 1929, on the eve of the Great Depression.