Put away your economic gloom and doom

Try some wishful thinking. Think happy thoughts. Figuring out how to be positive about the economy is the new game in town. 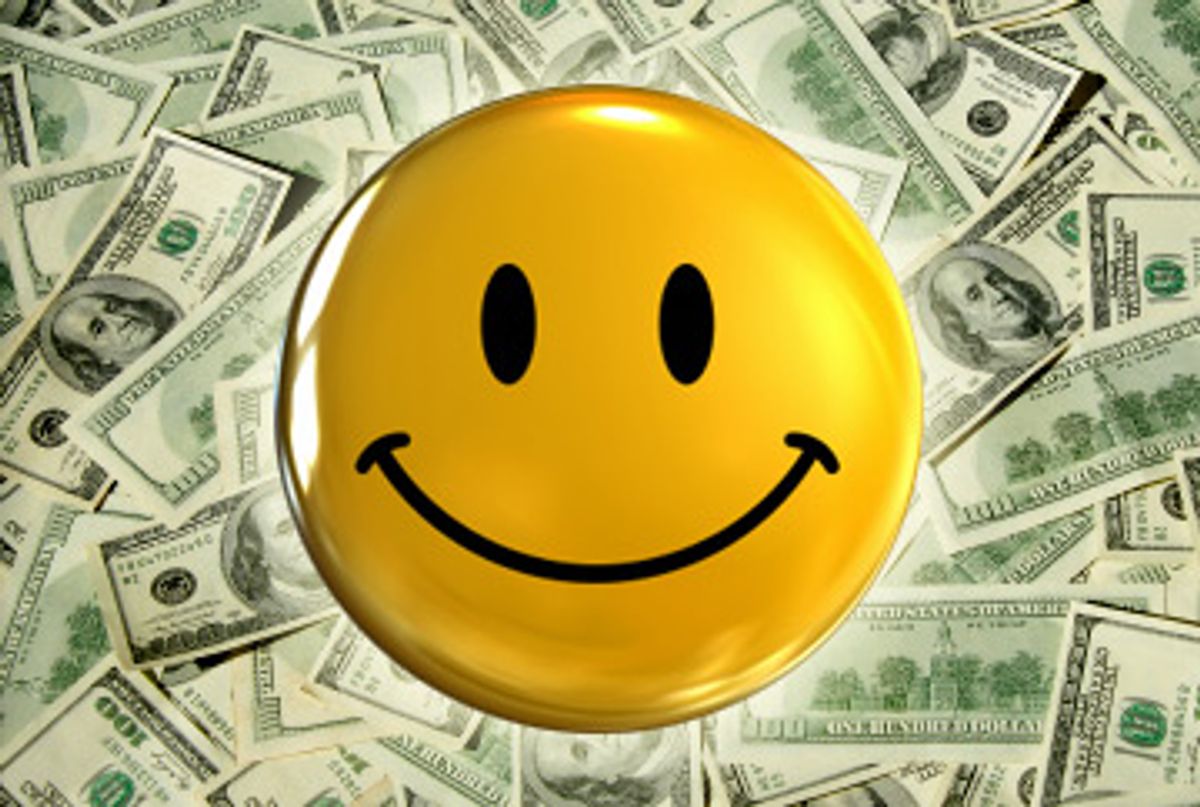 How's this for a vote of confidence? On Wednesday, Janet Yellen, president of the Federal Reserve Bank of San Francisco, told an audience of economic forecasters in New York that "I share the guarded optimism of most professional forecasters that the economy may begin to grow again within the next several quarters."

Italics, mine. And as if that wasn't qualified enough, Yellen immediately followed her tentative good cheer with the admission that she sees "considerable downside risk" and we "face an extraordinarily uncertain future." Not only that, but her "views are strikingly more optimistic" than what she was hearing "from the vast majority of my business contacts" who "tend to see conditions as dire and getting worse."

In a week when, for the first time in what seems like ages, there were more economic data points that, if one squinted one eyes tightly and sprinkled some fairy dust, could be interpreted as encouraging rather than as additional nails in the coffin of economic doom, Yellen's comments were just one expression of a shift in the zeitgeist. If the economy is going to start growing again, it must first reach the bottom; or actually, as Time's Justin Fox points out, the pace at which things are getting worse must first slow down. So now we have a new parlor game for the econoblogosphere -- interpreting each new data point to see if it fits in a scenario where maybe, possibly, things might be deteriorating not quite so quickly as they were last week, or month, or quarter.

I am inclined to take Yellen a bit more seriously than your run-of-the-mill economist, because her track record over the past few years is pretty good. In October 2006, shortly after Alan Greenspan speculated that "the worst might be over" for the housing market, Yellen gave a speech, in which she declared, based on her analysis of California's housing market, that no, according to her contacts, "things will get worse before they get better." She was right. In September 2008, just before the collapse of the financial sector, when optimists were still trying to take heart from the uptick in GDP growth registered in the second quarter of 2008, she noted that there are "important reasons to think that the strength will not hold up, and that economic performance will be decidedly subpar in the second half of the year." She was very, very right.

Is she right this time? Have we truly reached an "inflection point" at which we no longer wonder how bad things are going to get but instead speculate whether that patch of gray in the darkness is the beginning of the light? Obviously, a certain answer to such a question is impossible; it's only a foolhardy excess of wishful thinking that allows us to even entertain the possibility. Nearly every positive economic indicator that has been reported over the last two weeks looks mighty shaky if examined closely. New home starts are up -- but mainly because of a surge in construction of notoriously volatile multi-family housing units. Existing home sales are also up, month-over-month, but mostly because a surplus of foreclosed homes is crushing prices. New home sales were up in February, but only compared to January, which was one of the worst months for new home sales ever recorded. Orders for durable goods rose in February, but again, only compared to a dismal, dismal performance in January. And so on.

One can construct a scenario in which all these indicators taken together hint at a gradual stabilization of the economy, suggesting at the very least that the rate of contraction is slowing down. If one then adds in the expected impact of the significant fiscal and monetary stimulus that is only expected to really gain traction during the second quarter of this year, one might be disposed to share Janet Yellen's guarded optimism. But one can just as easily imagine that there are other shoes waiting to drop. Continuing heavy job losses could create additional drags on the economy, or the collapse of non-U.S. economies, many of which are in significantly worse shape than the U.S., might pull the U.S. down with them. Commercial real-estate investment is only now really hitting the skids, which could imply significantly negative downstream impacts. There's also the non-trivial possibility that Geithner's bank fix-it plan fails, resulting in the collapse of at least one major bank, and a renewal of the frozen credit markets that took a bad economy in the fall and knocked it into territory we haven't seen in generations. Several economic pundits are predicting a roller-coaster future -- a series of rebounds followed by additional dips. Another discouraging possibility is a recovery in name only characterized by very weak growth.

All of which means that now more than ever, each new piece of information about the economy is dissected to its bare bones within seconds of its release. So it was with Friday's news that personal consumer expenditures, adjusted for inflation, declined in February, compared to January. That might seem like cause for pessimism, right? Consumers are saving their cash, nervous about the future. But the decline was actually fairly minor, and if one puts January and February together and compares them with the first two months of the last fiscal quarter, the numbers look much more encouraging. The blogger Calculated Risk, who generally takes pleasure in swatting down the reasons for optimism that the mainstream financial press discerns in new data releases, called it "definitely a positive report."

For Calculated Risk, that's absolute giddiness, and one hastens to caution that it wasn't matched by the roundup of economist reactions assembled by the Wall Street Journal, where one was more likely to hear things like the following from Forward Capital's Richard Moody:

Jeez, what a buzzkill. But are people listening? Forbes reported on Friday that "the Reuters/University of Michigan index, which measures consumer sentiment, rose to 57.3 in late March, climbing higher than the early March reading of 56.6, which is where economists had expected it to hold."

Imagine that -- with all the bad news that's out there, consumer confidence grew in the last couple of weeks, which just happens to match the same general period in which stock market indexes started rising again. Which leads to the greatest mystery of all about the economy: the unpredictable impact of our fickle "animal spirits." If we believe things are getting better, we can make them get better. If we believe things are getting worse, we can speed the decline. In that construct, shifting from doom and gloom to wishful thinking might be half the battle, if, and this is a very big if, all the other pieces of the puzzle fall into place. If the fiscal stimulus works, and the Federal Reserve's efforts to boost credit succeed, and the housing plan achieves a stabilization of the housing sector, and the Geithner plan saves the banks from imploding -- if all that happens, and then we sprinkle our fairy dust on top -- one could, maybe, possibly, with very little confidence whatsoever, suggest, in a whisper, where no one important can hear, that the worst might be behind us.