As blockbuster rapper T.I. heads for prison, his reality series prompts the nagging question: Can you really scare kids straight? 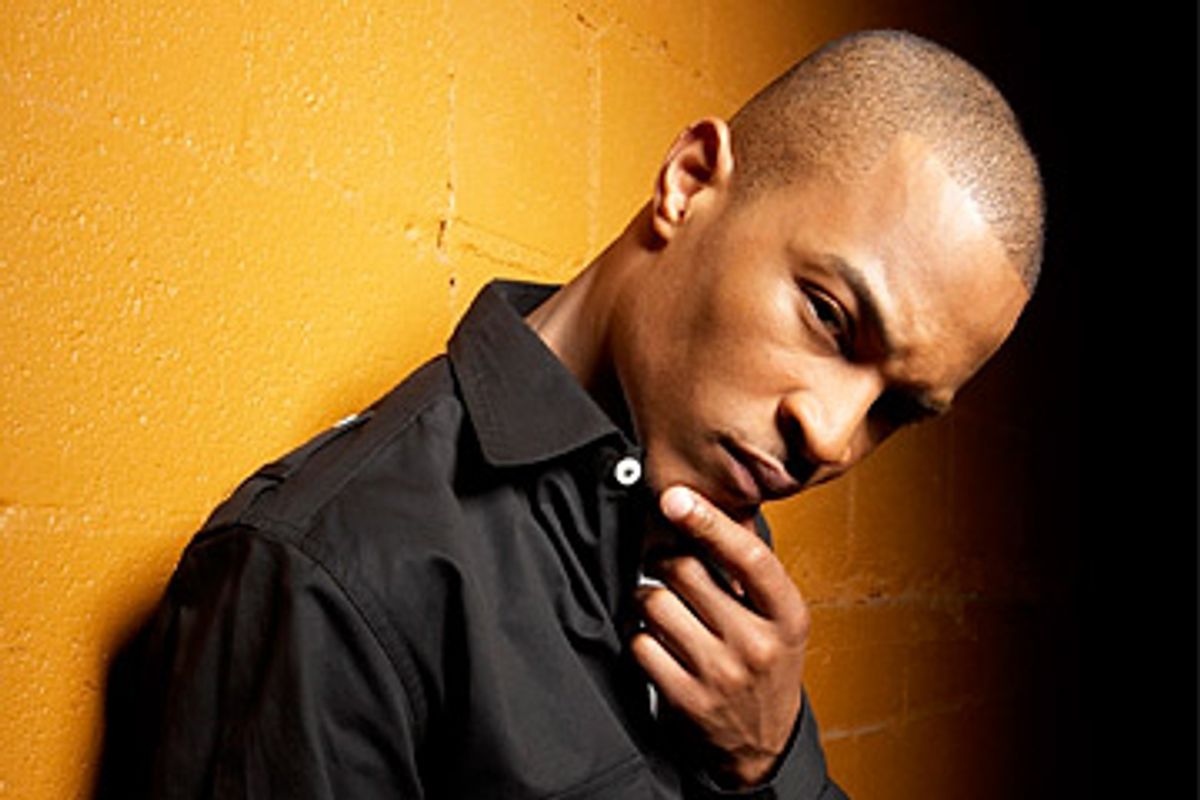 I was biased against "T.I.'s Road to Redemption" before I ever caught an episode of the highly touted MTV reality series, starring the chart-topping rapper and actor dubbed "the Jay-Z of the South." Its premise is simple: T.I., born Clifford Harris in Atlanta, brings hard-learned street knowledge to bear on the lives of teenagers heading down the same wrong path he's followed -- in the not-so-distant past. The rapper was sentenced to prison last Friday on federal weapons charges, and MTV built its series, which has its season finale Tuesday, around the soul-searching and required community-service hours that preceded his day of reckoning.

So I staged a "Road to Redemption" viewing marathon and took stock. The show proved easy viewing; compared to such vapid MTV fare as "The City" and "The Real World, Brooklyn," it was highbrow stuff, indeed, and it did deserve credit for trying to positively affect young people's lives. Big up for that one, MTV, and for tackling prison-related issues altogether: As the world's No. 1 jailer, America is in dire need of a cold, hard look in the mirror. With T.I. set to serve a (massively reduced) sentence -- his year and a day for felony weapons charges is evidence of what celebrity status and a pricey lawyer can do -- there's vital need to promote the idea that even though top-selling rappers are doing it, prison's not some hard-knocks coming-of-age rite, and it's definitely not cool.

But the show was also easy viewing because all the episodes are of a piece; show after show it's "same formula, different troubled teen." Each episode is structured around the rapper's (er, MTV producer's) "four-step process" to adolescent reform, which T.I. recites: 1) sneak up on the wayward youth; 2) show 'em what they're doing wrong; 3) show 'em the likely outcome of said wrong; and 4) inspire change by exhibiting alternative choices.

At the crux of the show's formula sits a tactic that's hardly new: the "scared-straight" approach. T.I. takes his young charges to funeral homes, prisons or backyards of bullet-scarred former O.G.s, which usually makes the kids shed a tear and rehearse penitent platitudes. Ever since its '70s-era inception at Rahway State Prison, after all, the Scared Straight Program has been ready for its close-up: From the 1978 Oscar-winning documentary "Scared Straight!" to the 1999 MTV series of the same name, it has produced many a TV-friendly moment -- but little more. Various studies, including one by the Florida Department of Juvenile Justice, suggest that Scared Straight-style programs were not just unproductive but counterproductive: Recidivism rates for those who participated in the program proved higher than for those who hadn't, and Scared Straight-type intervention increased odds of offending by 1.7 percent. Explanatory theories abounded. Perhaps the program inadvertently acted as a challenge to teens, daring them to prove they weren't scared. Perhaps it romanticized the behind-bars lifers it featured, or served to desensitize instead of deter.

Ultimately, are intelligent viewers really meant to believe that after one mini scared straight-style experience, T.I.'s subjects are ready for reform and a glimpse of the future -- which usually includes a pricey gift from the rapper himself? Would that reform were such an uncomplicated process. "No more guns, no more violence, no more bad stuff," says Mario from Compton, Calif., fondling his new boxing gloves. "I've learned I can do anything I want," says Cynthia from South Central Los Angeles, ogling her new laptop. Such comments sound as canned as T.I.'s über-scripted interstitials, delivered throughout. From the rapper on down, the show is a triumph of the hyper-artificial, hyper-produced happy ending.

Granted, all reality TV isn't real -- but all reality TV isn't tackling such a vital real-life cause, and trafficking in weighty words like "redemption." To call what T.I. or his well-meaning subjects are doing "redemption" or even "rehabilitation" is to cheapen the profound currency of these terms, which are vital to the reform of our utterly dysfunctional prison system. Critics of indeterminate sentencing -- which is grounded in the belief that offenders can indeed be rehabilitated, and promotes sentences contingent on factors unique to each offender's case history, life story and behavior while incarcerated -- argue that too many prisoners who claim they've been reformed are merely faking it; therefore, cut-and-dried rules need apply. Alas, is there better support for their argument than T.I.'s show, which is a prime-time ad for "faking it"?

Rehabilitation and redemption should be the cornerstone of our criminal justice system, so let's not insult the countless men and women who've spent years behind bars genuinely redeeming themselves by using these words lightly. "T.I.'s Road to Record Sales and Possible Mild Improvement"? Maybe. But "Redemption"? Please.