With unemployment booming and anxiety rising, the government needs to stop worrying about Wall Street and start creating jobs. 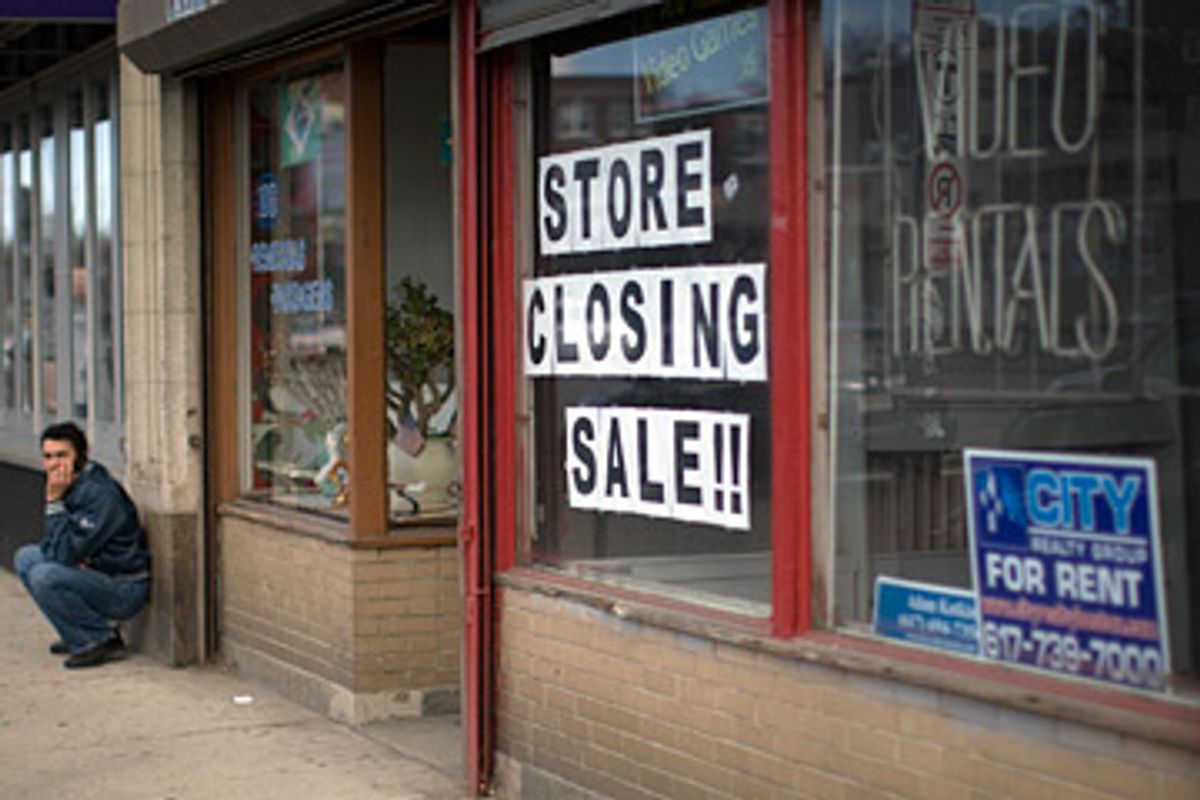 The March employment numbers, out this morning, are bleak: 8.5 percent of Americans officially unemployed, 663,000 more jobs lost. But if you include people who are out of work and have given up trying to find a job, the real unemployment rate is 9 percent. And if you include people working part time who'd rather be working full time, it's now up to 15.6 percent. One in every six workers in America is now either unemployed or underemployed.

Every lost job has a multiplier effect throughout the economy. For every person who no longer has a job and can't find another, or is trying to enter the job market and can't find one, there are at least three job holders who become more anxious that they may lose their job. Almost every American right now is within two degrees of separation of someone who is out of work. This broader anxiety expresses itself as less willingness to spend money on anything other than necessities. And this reluctance to spend further contracts the economy, leading to more job losses.

Capital markets may or may not unfreeze under the combined heat of the Treasury and the Fed, but what happens to Wall Street is becoming less and less relevant to Main Street. Anxious Americans will not borrow even if credit is available to them. And ever fewer Americans are good credit risks anyway.

All this means that the real economy will need a larger stimulus than the $787 billion already enacted. To be sure, only a small fraction of the $787 billion has been turned into new jobs so far. The money is still moving out the door. But today's bleak jobs report shows that the economy is so far below its productive capacity that much more money will be needed.

This is still not the Great Depression of the 1930s, but it is a depression. And the only way out is government spending on a very large scale. We should stop worrying about Wall Street. Worry about American workers. Use money to build up Main Street and the future capacity of our workforce.

Energy independence and a non-carbon economy should be the equivalent of a war mobilization. Hire Americans to weatherize and insulate homes across the land. Don't encourage General Motors or any other auto company to shrink. Use the automakers' spare capacity to make buses, new wind turbines and electric cars (why let the Chinese best us on this?). Enlarge public transit systems.

Meanwhile, extend our educational infrastructure. So many young people are out of work that they should be using this time to improve their skills. Expand community colleges. Enlarge Pell Grants. Extend job-training opportunities to the unemployed, so they can learn new skills while they're collecting unemployment benefits.