Our nation's narcotics policy, that is. But there's good news as Hillary Clinton and Sen. Jim Webb take baby steps toward sanity. 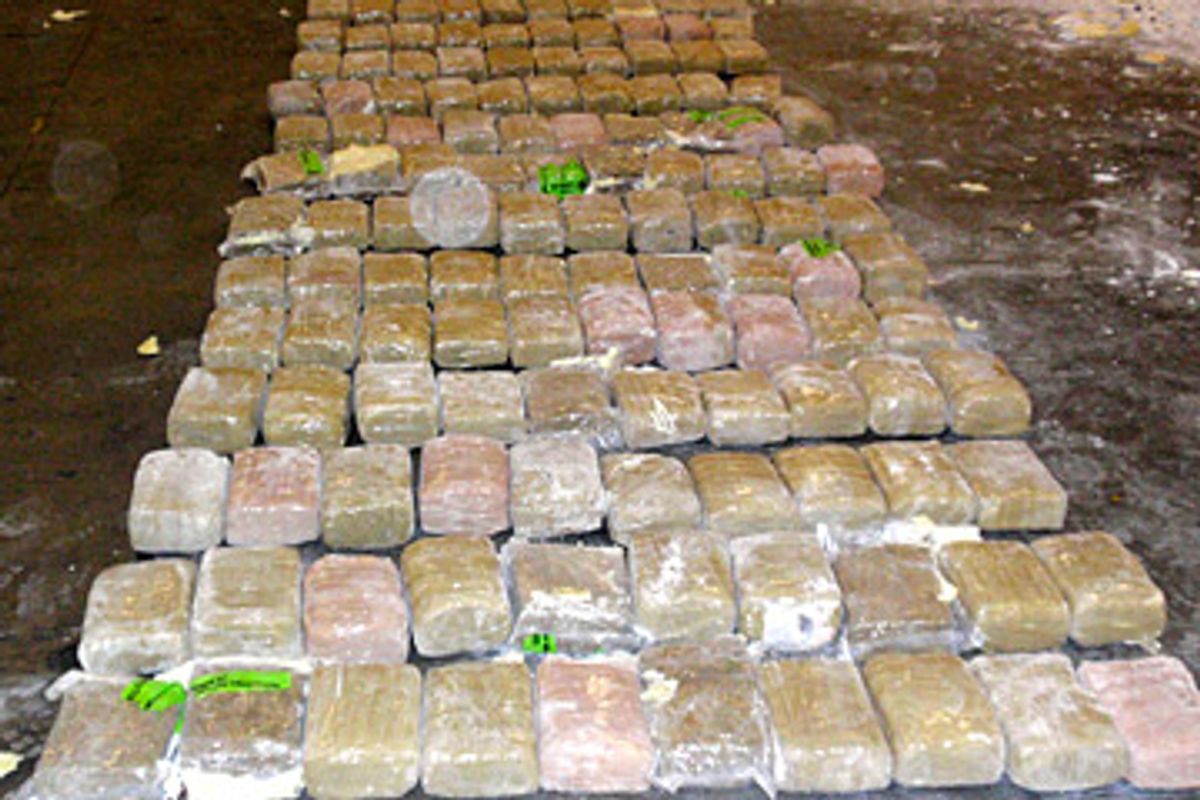 Finally, after America has frittered away billions of taxpayer dollars arming Latin American death squads, air-dropping toxic herbicides on equatorial farmland, and incarcerating more of its own citizens on nonviolent drug charges than any other industrialized nation, two political leaders last week tried to begin taming the most wildly out-of-control beast in the government zoo: federal narcotics policy.

It started with Secretary of State Hillary Clinton stating an embarrassingly obvious truth that politicians almost never discuss. In a speech about rising violence in Mexico, she said, "Our insatiable demand for illegal drugs fuels the drug trade," and then added that "we have co-responsibility" for the cartel-driven carnage plaguing our southern border.

She's right, of course. For all the Rambo-ish talk about waging a war on drugs that interdicts the supply of narcotics, we have not diminished demand -- specifically, demand for marijuana that cartels base their business on.

According to the Office of National Drug Control Policy, Americans spend about $9 billion a year on Mexican pot.

Add that to the roughly $36 billion worth of domestically produced weed, and cannabis has become one of the continent's biggest cash crops. As any mob movie illustrates, mixing such "insatiable" demand for a product with statutes outlawing said product guarantees the emergence of a violent black market -- in this case, one in which Mexican drug cartels reap 62 percent of their profits from U.S. marijuana sales.

That last stat, provided by the White House drug czar, is the silver lining. Every American concerned about Mexico's security problems should be thankful that the cartels are so dependent on marijuana and not a genuinely hazardous substance like heroin. Why? Because that means through pot legalization, we can bring the marijuana trade out of the shadows and into the safety of the regulated economy, consequently eliminating the black market that the cartels rely on. And here's the best part: We can do so without fearing any more negative consequences than we already tolerate in our keg-party culture.

Though President Barack Obama childishly laughed at a question about legalization during his recent town hall meeting, his government implicitly admits that marijuana is safer than light beer. Indeed, as federal agencies acknowledge alcohol's key role in deadly illnesses and domestic violence, their latest anti-pot fear mongering is an ad campaign insisting -- I kid you not -- that marijuana is dangerous because it makes people zone out on their couches and diminishes video-gaming skills.

(This is your government on drugs: Cirrhosis and angry tank-topped lushes beating their wives are more acceptable risks than stoners sitting in their basements ineptly playing "Halo." ... Any questions?)

Despite this idiocy, despite polls showing that most Americans support some form of legalization, and despite such legalization promising to generate billions of dollars in tax revenue, Clinton only acknowledged the uncomfortable reality about demand. That's certainly no small step, but she did not address drug policy reform. Confronting that taboo subject was left to Sen. Jim Webb, D-Va.

Last week, this first-term lawmaker proposed creating a federal commission to examine potential changes to the prison system, including a relaxation of marijuana statutes.

Webb hails from a conservative-leaning swing state whose criminal justice laws are among the nation's most draconian, so there's about as much personal political upside for him in this fight as there is for Clinton -- that is to say, almost none. That isn't stopping him, though.

"The elephant in the bedroom in many discussions on the criminal justice system is the sharp increase in drug incarceration," he said in a speech, later telling the Huffington Post that pot legalization "should be on the table."

Finally, a little honesty -- and now, maybe, some action.