Let's assume he's serious about sacking corporate chiefs for wasting public money. Where should he begin? 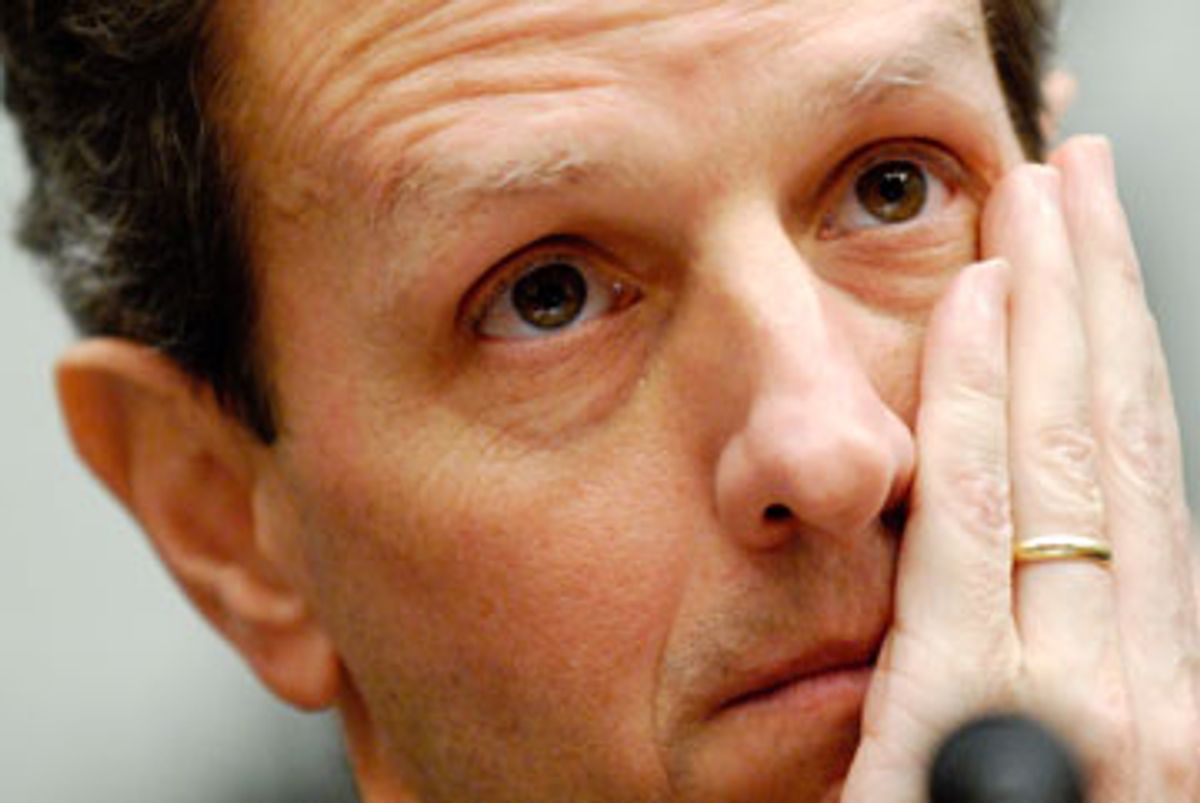 Tim Geithner said on Sunday's "Face the Nation" that the Treasury might fire the heads of big banks that depend on financing from the federal government, just as it summarily deposed Rick Wagoner, the former CEO of General Motors -- and before Wagoner, the heads of AIG, Fannie Mae and Freddie Mac. "Where that requires a change in management and the board, then we will do that," said Geithner.

I suppose it's comforting to know our government stands ready to fire corporate executives and directors whenever taxpayer money is on the line. But I suspect Geithner's new tough line is mostly designed to reassure a public that's lost all faith in the wisdom of bailing out Wall Street.

For the sake of the argument, assume he's sincere. What criterion will an ax-wielding Geithner be using? If precipitous loss of shareholder value is enough to "require a change in management and the board," presumably every CEO and director of every big bank now being bailed out should be fired, starting with Ken Lewis of Bank of America.

If the criterion is diversion of taxpayer money to uses other than Congress intended when it first authorized the $700 billion bailout, the list of soon-to-be-fired CEOs is a bit shorter but still large. Surely it includes all the bailed-out banks that continue to fly their executives around the world in company jets, award them extraordinary pay packages, and run junkets at fancy resorts. Citigroup's Vikram Pandit (who collected $38.2 million for his taxpayer-subsidized services in 2008) comes immediately to mind.

Why stop there? Perhaps Geithner intends to fire executives and directors of any company that's dependent on taxpayers and is now losing money. Just think of the corporate housecleaning this will mean. Hundreds of agribusiness executives are now at risk as are scores of military contractors. Hell, the whole pharmaceutical industry depends on taxpayer support (research subsidized by National Institutes of Health, sales subsidized through Medicare and Medicaid), and it's doing badly, so their executives and directors will be gone soon, too.

All told, about one out of every five large American companies depends on government contracts, and a majority of these firms are losing money right now. So ... off with their heads.