Closing out his big foreign tour, the president made an unannounced stop in the country Tuesday. 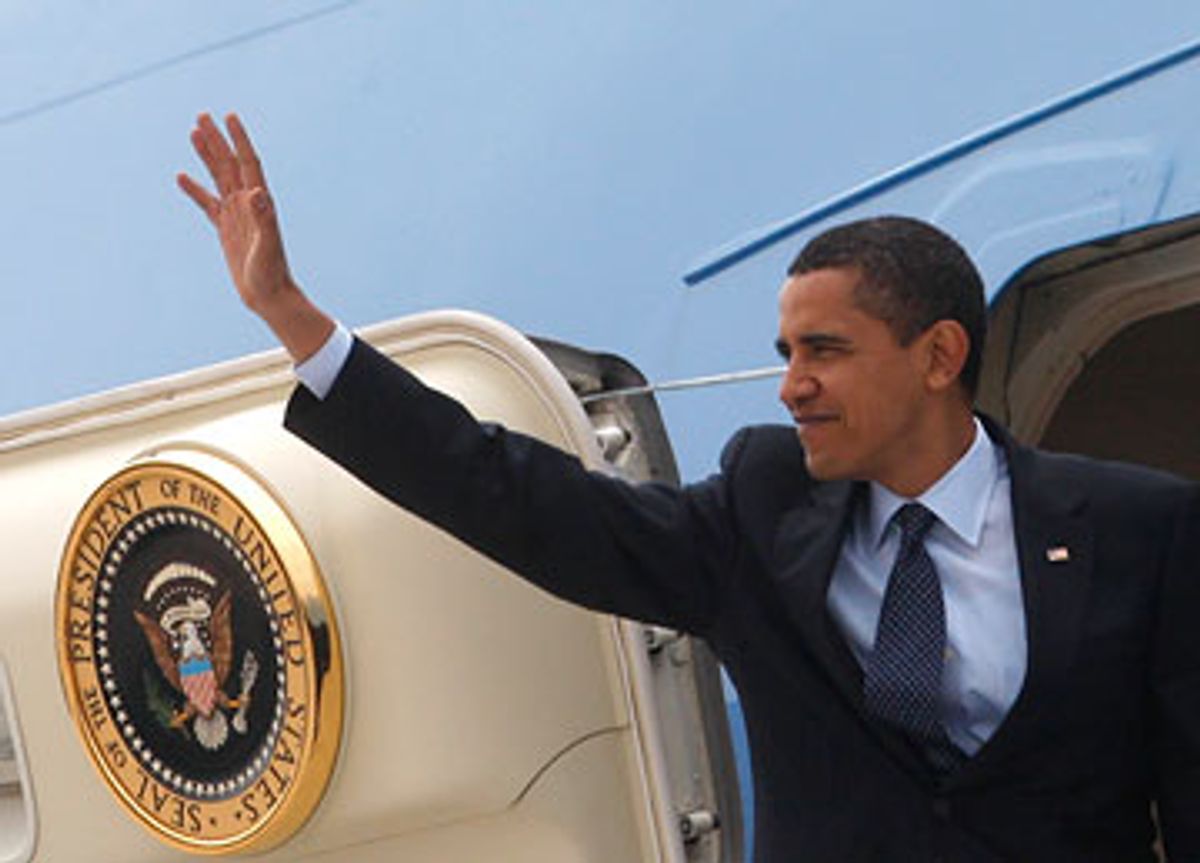 President Obama landed in Iraq on Tuesday for his third trip to the country, the first he's made since being inaugurated as president and taking over command of the war there.

The visit comes at the conclusion of the president's big foreign tour, which has taken him through Europe and into Turkey. Following former President Bush's example, for security reasons this stop was not previously announced, though some Iraqi ministers were reportedly speculating about it in the days before Obama left the U.S.

Obama will reportedly spend the day at Camp Victory, where he'll be speaking with troops and awarding some medals. He'd been scheduled to visit the Green Zone, but bad weather has prevented that, so he'll be speaking with Iraq's prime minister and its president by phone from the base. So far, according to the Associated Press, there's no indication that he'll head to Afghanistan next, though he has prioritized that war over the one in Iraq.

Update: According to my former colleague Michael Scherer, who's on the trip and posting at Time's Swampland blog, Iraqi Prime Minister Nouri al-Maliki is on his way to Camp Victory to meet with Obama.

And, from the pool reporter, White House Press Secretary Robert Gibbs explains why the administration made the choice to send Obama to Iraq instead of Afghanistan:

Air Force One landed at Baghdad Intl Airport at 4:42. Near the end of the flight, Gibbs gaggled. He said the choice of Iraq rather than Afghanistan was made for three reasons -- proximity to Turkey, the need to consult with Iraqi officials because efforts at progress there "lie in political solutions," and it's mostly about U.S. troops -- equally deserving of Obama's attention and appreciation no matter where they serve.