Suburban dysfunction, circa 1979, gets an intriguing makeover -- and a great cast -- in the sweet, dark and troubling "Lymelife." 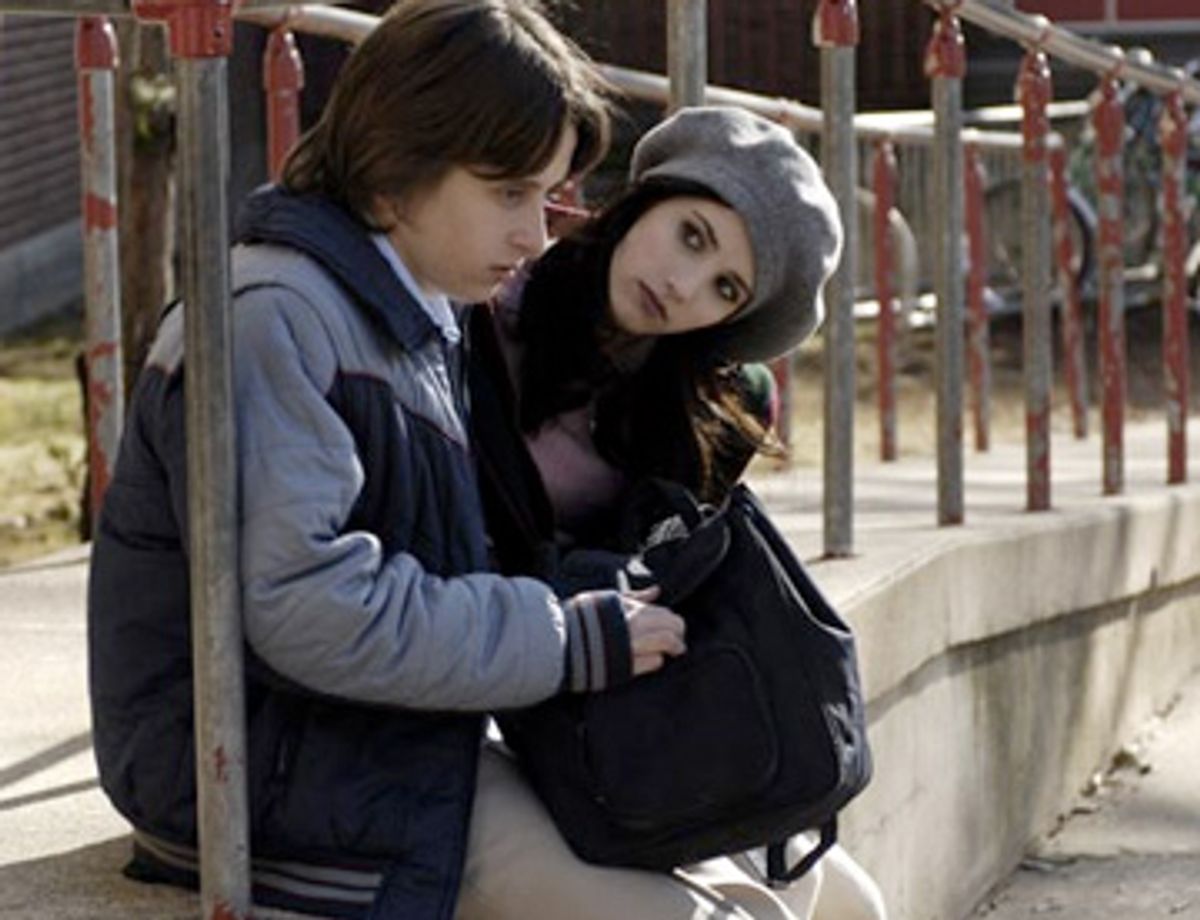 As suburban-dysfunction movies go, Derick Martini's directing debut, "Lymelife," offers a distinctively acrid variety, closer to, say, "The Ice Storm" than to "Little Miss Sunshine." Set in Long Island suburbia during the late 1970s -- although the time period feels fuzzy in various ways -- "Lymelife" offers charm and humor through its young central characters and pathos through its remarkable supporting cast, without pulling punches on its overall atmosphere of autumnal darkness and anomie.

Rory Culkin gives a quiet but compelling performance as Scott, the awkward and indrawn youngest son of a crumbling marriage between real-estate developer Mickey (Alec Baldwin) and prodigiously unhappy Brenda (Jill Hennessy). Scott has flipped head over heels for the girl next door, Adrianna (Emma Roberts), who is alluring and worldly-wise after the fashion of 14-year-old females everywhere. It's Adrianna who has to inform Scott, in tones of pity and condescension, that his workaholic pop and her mom (Cynthia Nixon, sporting an impressively hideous range of hairstyles and outfits) aren't simply going over spreadsheets when they work late at the real-estate office. Playing a character who is close to cliché -- the pretty but inscrutable teen love object -- Roberts, the 18-year-old former star of TV's "Unfabulous," feels like a big-time discovery.

Then there's the largely symbolic role played by Timothy Hutton as Charlie, Adrianna's cuckolded father, who stumbles through the film in a flulike haze caused by Lyme disease, a disorder that was epidemic, and had no clear treatment, at the time. Charlie's sweaty, alcoholic, depressive stupor seems to embody the Kierkegaardian spiritual malaise felt by all the film's adult characters, and the problem with Hutton's powerful performance is that it threatens to drive the ostensible narrative to the background. (I don't just say that because Hutton was my high-school classmate.)

Martini and his co-writer brother, Steven, clearly mean for Baldwin's conflicted, womanizing working-class man made good and Culkin's Caulfield-esque teen to be the center of the film. They're both fine, but the angry breakdown and slow, piece-by-piece reconstruction of this father-son bond is the kind of thing we've all seen before. It's the characters around the edges of this pair, from Hennessy's suffering, stoical Catholic wife to Nixon's ambitious harridan to a brief but terrific turn by Rory Culkin's real-life brother, Kieran, as Scott's charismatic, hair-trigger soldier sibling, who give "Lymelife" its vividness.

Derick Martini was born in 1975, which may explain why several of the film's cultural and historical references are off. "Lymelife" is clearly set in the fall of 1979; the hostage taking at the United States embassy in Tehran is mentioned, which occurred on Nov. 4 of that year. But Kieran Culkin's character repeatedly mentions that his military unit may be called up because of the Falklands War, which did not begin until April 1982 (and in which the U.S. was never likely to become involved).

There's no good reason for such a sloppy error (and it's not the only one). All that accomplishes is to undermine the credibility of a movie that effortlessly captures its world of puzzled, half-desperate Catholic suburbia. The people in "Lymelife" aren't the genteel, drunken WASPs of John Cheever's Westchester County, but white ethnics less than a full generation removed from Brooklyn and Queens who've abruptly discovered that the big houses and flat, wooded lots of central Long Island have hollow crawl-spaces deep below, so to speak. The Martini brothers obviously know this terrain intimately, and they display impressive ability with actors and strong potential as storytellers. I hope they Google their historical references next time.

"Lymelife" is now playing in New York, and opens April 17 in Los Angeles and Stamford, Conn.; April 24 in San Francisco and Washington; and May 1 in Chicago, with more cities to follow.

Beyond The Multiplex Movies Sex And The City