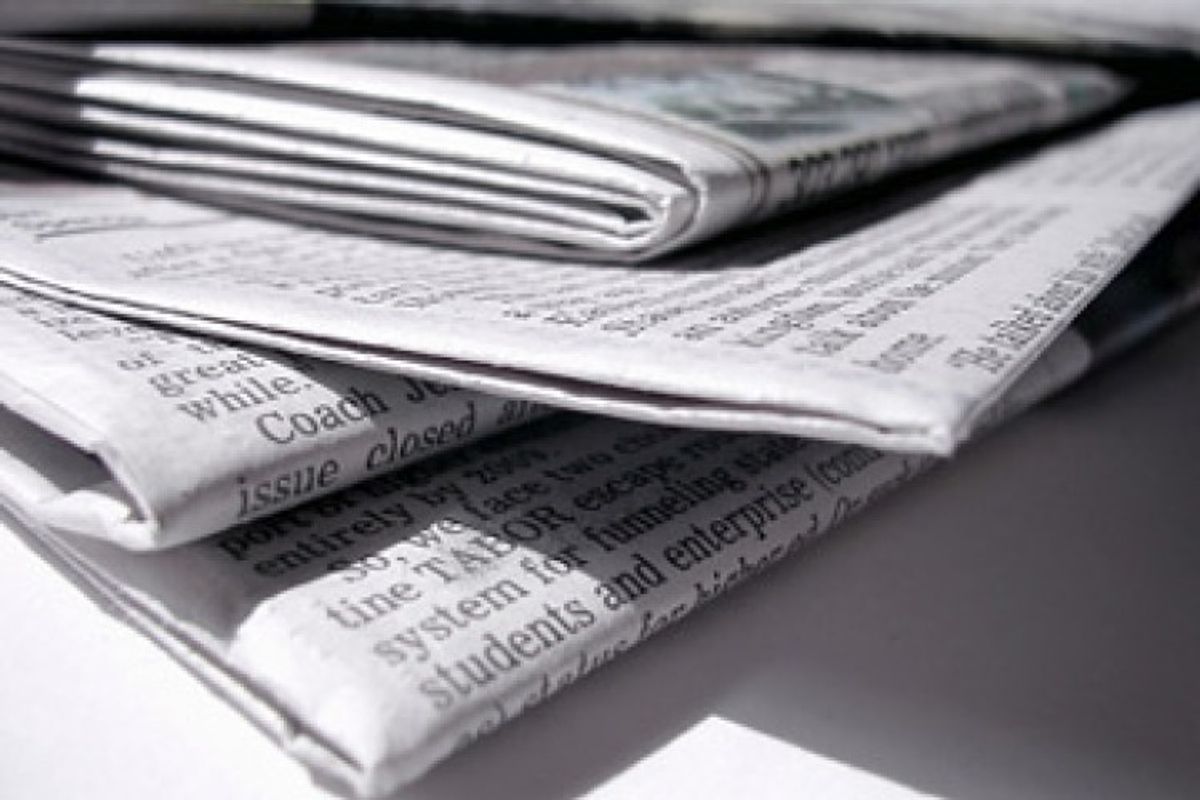 "Were it left to me to decide whether we should have a government without newspapers or newspapers without a government," Thomas Jefferson wrote in 1787, "I should not hesitate a moment to prefer the latter." Think of it. Only newspapers, no government at all.

By 1807, after two terms as president, Jefferson changed his tune. "Nothing can now be believed which is seen in a newspaper," he wrote. "Truth itself becomes suspicious by being put into that polluted vehicle. The real extent of this state of misinformation is known only to those who are in situations to confront facts within their knowledge with the lies of the day."

In 2009, government without newspapers appears far more likely. Lately, they've been shutting down like banks. Recently, Denver's Rocky Mountain News and the Seattle Post-Intelligencer ceased publication. Granted, both were second-string operations in cities with more successful competitors. As everybody in Arkansas knows, daily newspapers have tended to become natural monopolies in all but the biggest cities.

That said, the news about news is bad almost everywhere. Even national institutions like the New York Times and Los Angeles Times have been cutting staff and eliminating departments. An article in the New York Times speculated about the closing of the venerable Boston Globe -- until recently a highly profitable venture it acquired in 1993 for $1.1 billion. Some speculated that the story's real purpose was to impress the Globe's union with the seriousness of the situation. But few denied that the situation was, indeed, serious.

As the reader may imagine, this is not a trend this column views with perfect equanimity. For somebody like me, something almost elemental is at stake beyond economic considerations. Daily life without newspapers seems unthinkable, as if baseball ceased to exist, or it became felonious to keep dogs.

Even my own habits, though, demonstrate some of the reasons newspapers are in trouble. A daily paper's a bit like a department store, another struggling business model these days. That is, it contains many features, departments and advertisements of little interest to individual readers.

In my case, all advertising supplements and coupons get discarded immediately. Many subscribe to the paper specifically to get them. Ditto the society pages, although I'm an inveterate reader of advice columns -- probably for the same reasons I read many novels. It's my wife's job to keep me informed about all the swell parties and soirees we've missed. Also about weddings, divorces and obituaries, given her encyclopedic knowledge of local familial and social relationships.

Since childhood, I've begun each day with the sports page, reading mainly about local teams. To keep up with the Cubs, I read the Chicago Tribune online; for the Red Sox, the Boston Globe. Although a fan, my wife rarely opens the sports page, counting on me to keep her informed. Otherwise, I read local and state news, although by no means all. Not unless it involves something amusing or appalling, like a police chief with no pants on or a shootout between aldermen. A zoning dispute in a city 150 miles away? No way.

National and international events I tend to follow online and on television -- specifically via BBC America, a government-subsidized operation. The stock tables, already old news when my newspaper arrives, never. My favorite section is many people's least: editorial and opinion. Sure, certain columnists drive me crazy; others I read only to contemplate the fathomless depths of human folly.

Best are the letters. TV comic Steve Allen used to do a routine where he'd don a fedora and read apoplectic screeds to the editor of the New York Daily News. My wife hates it when I read aloud, although she occasionally gives dramatic renderings of ill-informed soreheads who disagree with my columns.

Everybody's habits are different, but hardly anybody is a front-to-back newspaper reader anymore. There are too many other sources of information and entertainment, including your local paper's own Web site, which, unlike the print edition, is probably free. Advertisers have noticed that too, and particularly during the current economic downturn are taking their business elsewhere.

Meanwhile, the costs of printing and delivering newspapers keep rising, making it increasingly hard for publishers to compete. Back when they started giving content away free online, even a financial nimrod like me wondered how they expected to do that and make money. Increased Internet speed and portability seem to have made it clear they cannot.

Internet users, however, basically refuse to pay. So far, online advertising rates come nowhere near paying for the costs of running a news organization. Many bloggers and Internet commentators smugly anticipating the death of newspapers -- there's a definite generational edge to the rivalry -- are essentially parasites.

Meanwhile, technological change moves too fast to understand. Anybody who pretends to know exactly how things will shake out over the next 20 years almost certainly doesn't.