Is torture really over?

Without a hard look at the Bush administration's torture program, the United States could be condemned to repeat it, no matter what President Obama says. 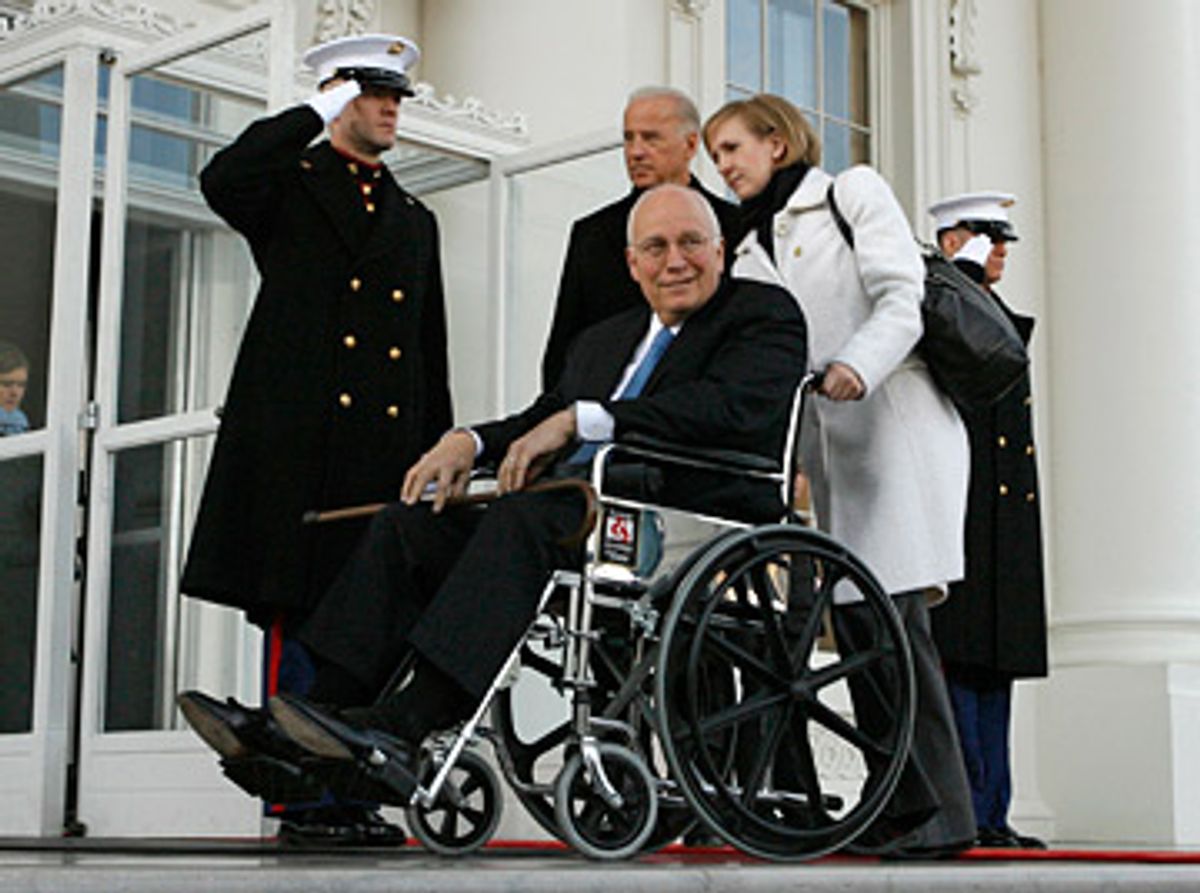 In his statement announcing the release of the Bush administration's torture memos Thursday, President Barack Obama ruled out prosecuting whoever was in the room during the CIA’s "enhanced interrogation" sessions. "In releasing these memos, it is our intention to assure those who carried out their duties relying in good faith upon legal advice from the Department of Justice that they will not be subject to prosecution," he said.

Obama made it clear he is generally ready to move on from the whole issue. So don’t expect David Addington, former counsel to Vice President Dick Cheney and self-appointed interrogation expert, to be hauled into court anytime soon. "We have been through a dark and painful chapter in our history," Obama said. "But at a time of great challenges and disturbing disunity, nothing will be gained by spending our time and energy laying blame for the past."

In other words, the president turned the page. No prosecutions at any level, apparently. Based on Obama’s move-on tone, there may not even be an independent commission to dig into this issue (though the administration won't formally rule that out for now -- an internal Justice Department review of the lawyers who authorized the torture is still ongoing). "We have taken steps to ensure that the actions described within them never take place again," Obama said. See -- he stopped the torture program. It's all fixed. End of story.

Another major issue is lingering, however. Did the torture “work”?

Former Bush administration officials, of course, continue to insist that they got a lot of good intelligence from forcing water into people’s noses. Politico quoted one unnamed ex-Bush aide Thursday who blasted the decision. "It's damaging because these are techniques that work, and by Obama's action today, we are telling the terrorists what they are," the official said. "We have laid it all out for our enemies. This is totally unnecessary. … Publicizing the techniques does grave damage to our national security by ensuring they can never be used again -- even in a ticking-time-bomb scenario where thousands or even millions of American lives are at stake."

Cheney went on CNN last month to specifically defend the United States’ organized torture program -- which Cheney says was not torture: “I think those programs were absolutely essential to the success we enjoy, of being able to collect the intelligence that let us defeat all further attempts to launch attacks against the United States since 9/11,” he said. “I think it's a great success story. It was done legally. It was done in accordance with our constitutional practices and principles."

There were no professional interrogators involved in the creation of the CIA’s torture program. The pros would likely have balked, because they unanimously think torture is stupid and ineffective: People will tell you whatever they think will make you stop the treatment, never mind what the truth is. Those pros also chuckle at the thought of torture as an effective intelligence-gathering tool. News reports have seriously questioned the value of intelligence gathered through torture of suspected al-Qaida operatives like Abu Zubaydah.

So who is right? Is Dick Cheney Jack Bauer, or something more akin to an evil Col. Klink?

Without a rigorous investigation into the alleged efficacy of U.S. torture, we’ll never know. A torture commission would have looked into this very issue. With Obama's blessing, Congress could try to appoint a nonpartisan group of experts to carefully evaluate whether the torture program was an effective way to gather valuable intelligence or, as interrogators suspect, simply made desperate prisoners say whatever they had to say to make the pain stop, yielding a few gems among a flow of muck. But Obama hasn’t advocated a commission or any other vehicle to look into that, and today seems disinclined to do anything other than move on.

There are some indications that other Democrats are falling into line on ditching the commission idea, too. Rhode Island Democrat Sheldon Whitehouse, a leading proponent of a commission, released a statement Thursday applauding the Obama administration for releasing the memos. Whitehouse didn’t mention a commission that would look into whether torture worked. He referred only to an ongoing, and mostly secret, investigation of unknown scope by the Senate Intelligence Committee.

But while Obama has turned the page, many others haven’t -- including the people, and their allies, who think waterboarding was a good idea. Without a commission, if Mitt Romney (the man who pledged to double the size of the prison at Guantánamo) is president in 2013 -- or 2017 -- we could start torturing all over again.