Obama will be tempted to bargain for his agenda with spending cuts; healthcare's not the place to trim. 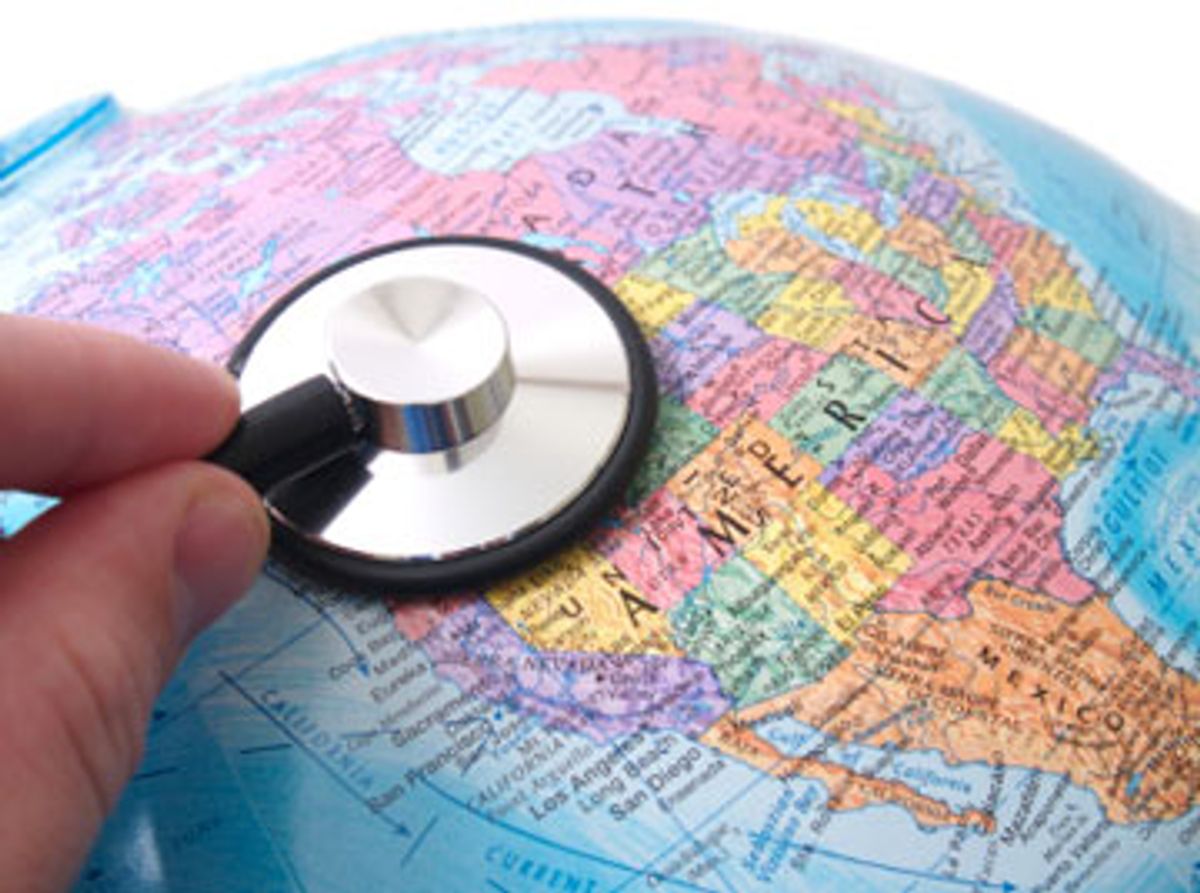 It's no accident that as Congress returns this week from its two-week recess and begins debate on the $3.5 trillion budget plans for the fiscal year starting in October -- which may or may not include a provision that fast-tracks Obama's healthcare proposal by allowing it to pass the Senate with a mere majority -- the president has summoned his Cabinet for a first meeting, at which he'll call for more cuts in domestic spending.

Symbolism counts in Washington, and Obama's request that his Cabinet officers come up with $100 million in spending cuts will be played up by the White House as the beginning of a major effort to trim unnecessary government spending. It's part of the president's effort to reach out to Republicans (and calm the nerves of "blue-dog" Democrats) worried about all the money the administration has spent and still wants to spend -- $787 billion on the stimulus, $700 billion committed to the bank and auto bailouts, and, most important, $3.5 trillion for the next 10 years, including universal healthcare. Throw in the cost of a cap-and-trade system to control climate change and you're talking big money.

But Obama would be mistaken to take more than symbolic steps at this point. The economy is still in a depression because consumers and businesses won't or can't spend, and exports are dead because the rest of the world is in even worse shape. Government spending on a large scale is necessary now, and will be next year as well.

Over the longer term, Obama must be careful not to put entitlement programs on the chopping block as part of a "grand bargain" to elicit Republican support for healthcare and cap-and-trade. Social Security is not in dire straits; it can be made flush for the next 75 years by ever-so-slightly lifting the ceiling on the portion of income subject to Social Security payroll taxes (and if Democrats are reluctant to do that on incomes over $100,000, then they could do so on incomes over $250,000).

Medicaid and Medicare are in trouble because healthcare costs are rising so fast, which argues for healthcare reform rather than cuts in these important programs. Yet if healthcare reform has any prayer of controlling the rising tide of healthcare costs, the plan must allow beneficiaries to opt into a public insurance plan -- something Republicans and the healthcare establishment are determined to fight. So it's critically important that the Senate wrap healthcare into a reconciliation bill that can be enacted by a majority vote in the Senate.

Obama should fast-track healthcare and stop trying to court Republicans. Every House Republican and all but three Senate Republicans voted against the stimulus; all Republicans in both houses voted against the budget. During the recess they hosted "tea parties" claiming that Americans are overtaxed. Over the weekend, House Minority Leader John Boehner called the idea of carbon-induced climate change "almost comical."

Republicans are already off and running toward the midterm elections of 2010, even starting to run ads against House Democrats in close districts. They seem hell-bent on becoming a tiny, wacky minority -- the party that denies evolution, denies global warming, denies Americans need a major overhaul of healthcare, and denies the economy needs anything more than a major tax cut to get it moving again.