Overnight, the Blue Dog has been transformed from champion of the Lawless Surveillance State into a shrill advocate of investigations. 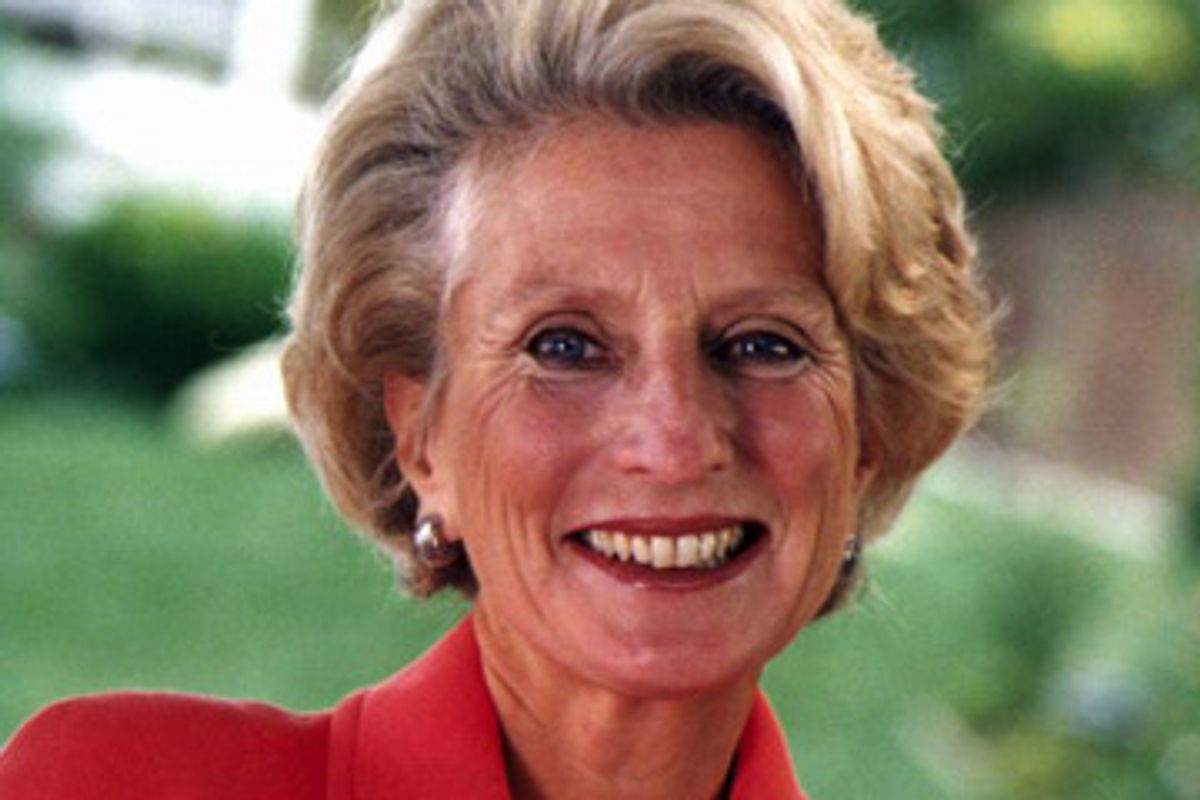 Blue Dog Rep. Jane Harman -- once the most vigorous Democratic cheerleader of Bush's NSA warrantless eavesdropping program -- is rip-roarin' angry today.  Apparently, her private conversations were eavesdropped on by the U.S. Government!  This is a grave outrage that, as she told Andrea Mitchell just moments ago, demands a probing investigation:

That's what I asked Attorney General Holder to do -- to release any tapes, I don't know whether they were legally made or not, of my conservations about this matter  . . . and to hope that he will investigate whether other members of Congress or other innocent Americans might have been subject to this same treatment.  I call it an abuse of power in the letter I wrote him this morning. . . .

I'm just very disappointed that my country -- I'm an American citizen just like you are -- could have permitted what I think is a gross abuse of power in recent years.  I'm one member of Congress who may be caught up in it, and I have a bully pulpit and I can fight back.  I'm thinking about others who have no bully pulpit, who may not be aware, as I was not, that someone is listening in on their conversations, and they're innocent Americans.

So if I understand this correctly -- and I'm pretty sure I do -- when the U.S. Government eavesdropped for years on American citizens with no warrants and in violation of the law, that was "both legal and necessary" as well as "essential to U.S. national security," and it was the "despicable" whistle-blowers (such as Thomas Tamm) who disclosed that crime and the newspapers which reported it who should have been criminally investigated, but not the lawbreaking government officials.  But when the U.S. Government legally and with warrants eavesdrops on Jane Harman, that is an outrageous invasion of privacy and a violent assault on her rights as an American citizen, and full-scale investigations must be commenced immediately to get to the bottom of this abuse of power.  Behold Jane Harman's overnight transformation from Very Serious Champion of the Lawless Surveillance State to shrill civil liberties extremist.

But I'm really wondering:  as serious as it is when a member of Congress is the target of government eavesdropping, can we really afford to investigate this?  After all, we have so many very important things to do.  It really seems like we need to be looking forward, not backwards.  The Bush administration is gone.  This all happened in 2005 -- years ago.  Is this really a time to be pursuing grudges, to be re-litigating old disputes?  What kind of partisan witch hunt is Harman after?  We can, and surely should, reflect on what happened to her -- in fact, let us now pause together for a moment of quiet reflection on what was done to Jane Harman -- but this is not a time for retribution or looking back.  "Most Americans" want the people's business done, not "abuse of power" investigations.

Besides, if Jane Harman didn't do anything wrong -- as she claims -- then what does she have to hide?  Only Terrorists and criminals would mind the Government listening in.  We all know that government officials have better things to do than worry about what innocent Americans are saying.  If she did nothing wrong -- if all she was doing was talking to her nice constituents and AIPAC supporters about how she could be of service -- then Bush officials obviously weren't interested in what she had to say.

Beyond that, even if there were "illegal" acts committed here, surely we should be rushing to retroactively immunize those responsible, just as Harman eagerly advocated and engineered and then voted for when it came to the telecoms who broke our laws and enabled illegal spying on American citizens.  That was when she voted to gut FISA protections and massively expand the Government's power to eavesdrop on Americans with no warrants as part of the Cheney/Rockefeller/Hoyer Surveillance State celebration known as the "FISA Amendments Act of 2008."

Ultimately, even if a few so-called "laws" were "broken," surely the people who did it were acting to protect us from possible foreign espionage.  Are we now going to start subjecting the good men and women working to keep us safe to harassing, expensive investigations every time some member of Congress pipes up and claims they were victimized by "illegal" acts?  Think how overly cautious our intelligence community will become, what that will do to morale, how much it will handcuff us in our Wars.  And if, at the end of the day, all of this doesn't convice the "Rule of Law" purists among us to let bygones be bygones, I'm sure all reasonable and decent people can at least agree that the methods our government uses to eavesdrop on us are among the most sacred State Secrets that exist, and thus simply cannot and must not be reviewed by any tribunal for legality and propriety lest we all become deeply vulnerable to the Terrorists.

Jane Harman is so shrill and angry today.  She sounds like some sort of unhinged leftist blogger.  As The Washington Post's Dana Milbank so insightfully asked this week, what could any Democrat possibly have to be angry about?  After all, they won.  I wonder how long it's going to be before Harman joins the ACLU?  What's that old saying -- a "civil liberties extremist" is a former Bush-enabling, Surveillance State-defending Blue Dog who learns that their own personal conversations were intercepted by the same government that they demanded be vested with unchecked power: