Long before "Sex in the City," we had "Maude" and "Golden Girls" -- and the unforgettable actress who made them part of our cultural history. 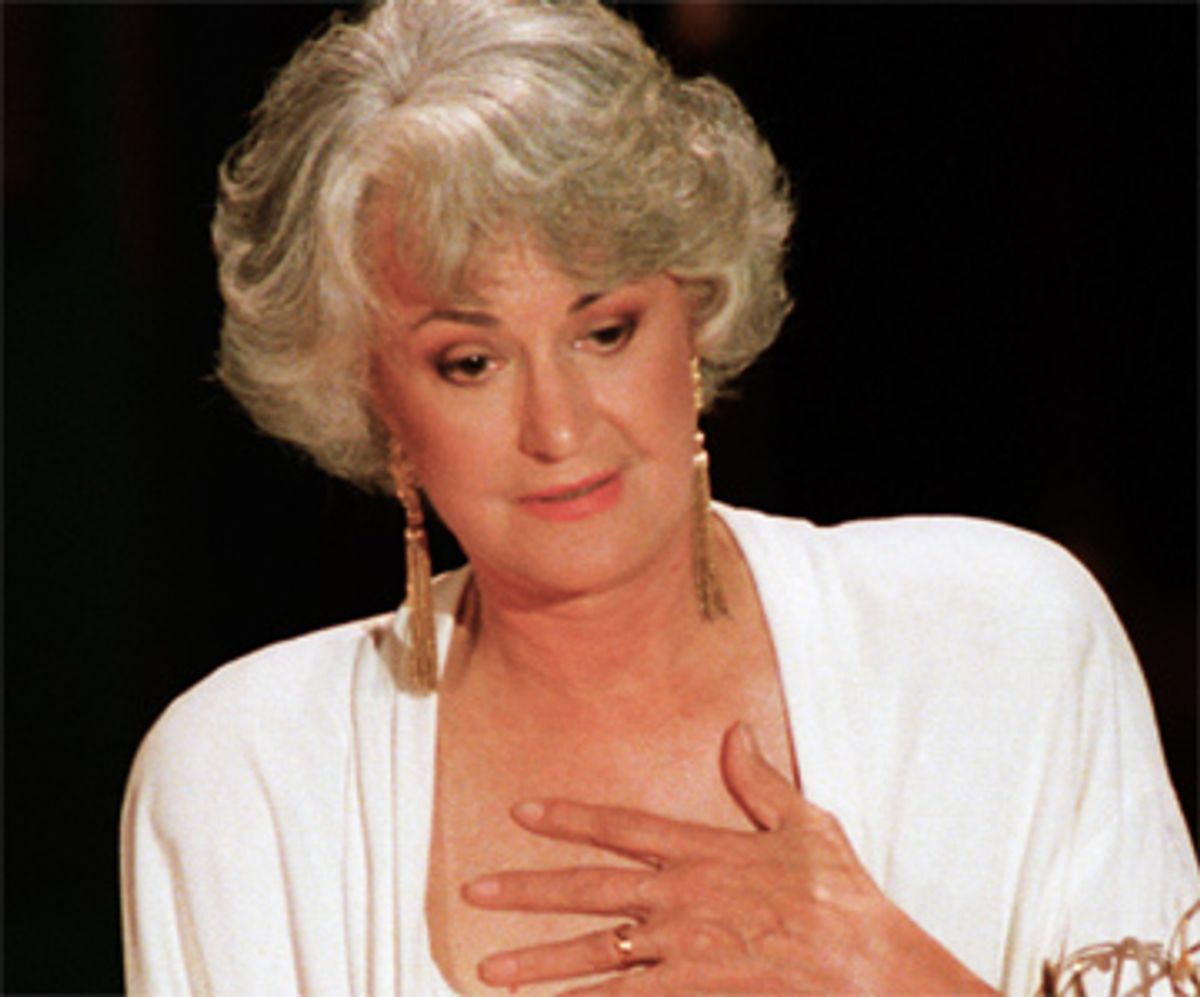 Beatrice Arthur accepts an Emmy award for "The Golden Girls" in 1988.

There are lots of reasons to take a moment this weekend to mark the passing of Bea Arthur, who died on Saturday at age 86 in her home in Los Angeles. The most obvious was that she was talented and hilarious, and that if you are over the age of 30 in this country, there's a good chance that she made you laugh on a semi-regular basis at some point in your life.

But it's also important to remember that before "Dollhouse," before "Sex and the City," there was "Maude." The "All in the Family" spin-off, which ran from 1972 to 1978, starred Arthur as Maude Findlay, the Democratic-voting, women's liberation-supporting, four times married cousin of Edith Bunker. The program, created by television visionary Norman Lear, made the news early in its run for featuring prime time's first abortion, in a two-part episode that aired two months before Roe v. Wade made abortion legal across the country.

Seven years after "Maude," Arthur starred in "The Golden Girls" as Dorothy Zbornak, the divorced retiree who shared a home in Florida with three other women, including her aged mother. It's remarkable to think, given how young, glossy and pneumatic network television has become, that less than 20 years ago, the airwaves were given over to four older women who talked about sex and ex-husbands and ate cheesecake.

Many others have observed that "The Golden Girls" was "Sex and the City" before "Sex and the City," or alternately that the "Sex and the City" ladies were only a few decades away from drinks on the lanai themselves. The show was one of the most female-friendly and respectful looks at the experience of aging while female ever broadcast on national airwaves, simply by showing women -- living, talking, having sex, making friends, cracking wise, living full lives together with energy and engagement. And if you happen to catch one of the reruns that still air, chances are good you'll laugh your ass off.

So here's to Bea Arthur, one of television's finest and funniest feminists.