Obama and race: Silence is golden

The president has dramatically improved race relations -- by not talking about race. 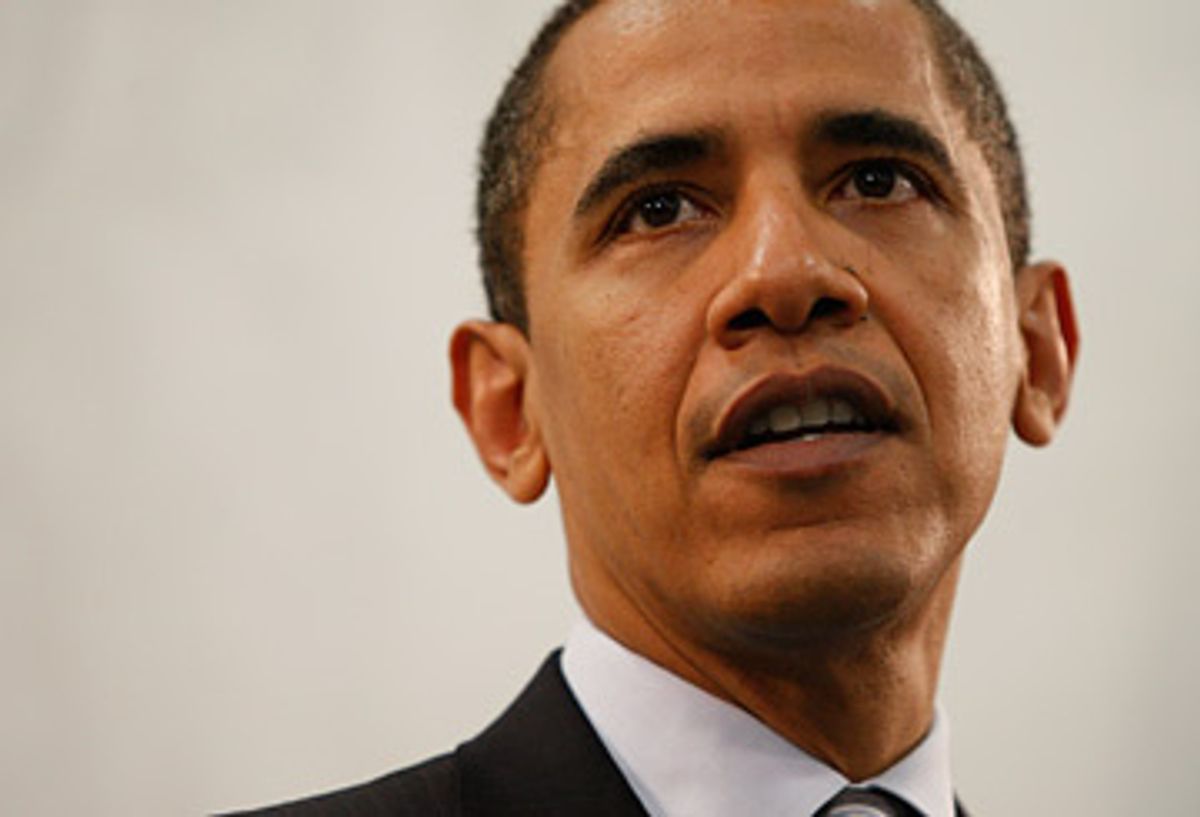 In follow-up interviews, whites and blacks alike cited the fact that Obama is president as the main reason for the improved racial atmosphere. "With him as president, people seem to be working together toward the same goals, and that has helped race relations," Jacqueline Luster, a 60-year-old black woman, said. "Before there was more of a separation, blacks working for black goals and whites for white goals." Mary Robertson, a 78-year-old white woman, said Obama's "openness and acceptance have helped others be more open and accepting."

It's not surprising that having a black president has caused Americans to take a sunnier view of race relations. For blacks especially, the ascension of a black man to the highest office in the land is cause for enormous and justifiable racial pride, the kind of deep personal validation that history rarely offers. The fact that millions of whites voted for Obama has obviously made blacks feel more hopeful about white racial attitudes.

But it also seems to me that a big part of the reason that Americans are feeling better about race is because of how Obama has handled the subject -- or rather, not handled it. Obama has assiduously avoided the subject of race. His silence has allowed his actions and character to take center stage, rather than the color of his skin. We are a country used to talking endlessly about race but not doing anything about it. Obama is doing exactly the opposite. He is not talking about race, but that very fact, combined with his high popularity, has advanced racial harmony more than any utterance could do. His silence sends exactly the right message, the message preached by Jesus, Martin Luther King and every other apostle of human equality: The accidents of race, ethnicity gender and class do not define us.

To be sure, Obama has avoided talking about race not for some high-minded philosophical reason but because doing so would be politically disastrous. He's the president of all Americans, not of one group. Any pointed affirmation of his blackness would make many whites very uneasy.

But Obama's silence about race, and the positive consequences of that silence, could also be the harbingers of a subtle but fundamental movement away from America's dominant approach to race, one based on the idea that "we have to take race into account in order to get beyond it." That formal, constrained and dutiful vision of black-white relations is still America's quasi-official stance, reflected in corporate "diversity training" courses and taught in schools. This view is justified at the macro policy level, when it comes to addressing the gross inequalities -- in education, income, rates of incarceration -- that still exist between blacks and whites. But it is far more problematic at the micro level, the level of actual interactions between people. As commentators as diverse as Shelby Steele, Jim Sleeper and Glenn Loury have argued, racial politeness can lock blacks and whites into reified racial poses, preventing genuine exchanges and negotiations from taking place between them.

Society in general and institutions in particular have a difficult time dealing with issues as complex and multifaceted as race. Racial and ethnic self-consciousness -- or racial/ethnic politeness, or political correctness -- is society's clunky attempt to come to terms with something consummately ambiguous and evolving. It's a tricky balancing act: At what point do the negative consequences of "taking race into account" -- racial essentialism, racial categorizing, tribal separation, the failure to move toward the ideal of colorblindness -- outweigh its undeniable virtues?

(The still-heated debate over affirmative action revolves around the same point. Even affirmative action's most ardent defenders acknowledge that it should be temporary, that it was never intended to be permanent, and that it has undeniable negative consequences. The question is when it should end, not if.)

By not talking about race, by just being who he is, Obama may be helping Americans move away from racial self-consciousness, at least on an interpersonal level, and toward a meritocratic ethos in which their abilities matter more than the color of their skin. Obama's America feels more like a sports team than a diversity training session. No one cares if a linebacker is black or white: He just has to be able to play. It's the same with Obama and his team. Most of the time, who even remembers that Obama is black?

This forgetting of race is one of those quiet developments that are far more significant, and encouraging, than loud symbolic racial gestures. Race matters are delicate. If you're trying to get closer to another person, obsessing over your respective races is self-defeating. It's better to forget about that, to look away. By turning down the heat on this fraught subject, Obama has done us all a big favor.

This doesn't mean that America's race problems are over -- far from it. A walk or drive through any big-city ghetto is a quick reminder of just how urgent the crisis is. And the meritocratic, bootstrap approach favored by conservatives and to some degree by Obama himself, while important, will not by itself solve that crisis. Structural problems require structural solutions. And that means looking race squarely in the face -- and talking about it. In that sense, Attorney General Eric Holder was both right and wrong when he called America "a nation of cowards" for not talking more forthrightly about race. He was right at the structural level but wrong at the interpersonal one.

But how Americans of different races feel about each other is significant, too. In the long run, shifting attitudes among individuals will have tangible results. As the recent poll shows, Obama has helped shift those attitudes. At this moment, when it comes to race, the president's silence is golden.