Farewell to the American Century

Americans have perpetuated a mythic version of the past that never even approximated reality and today has become downright malignant. 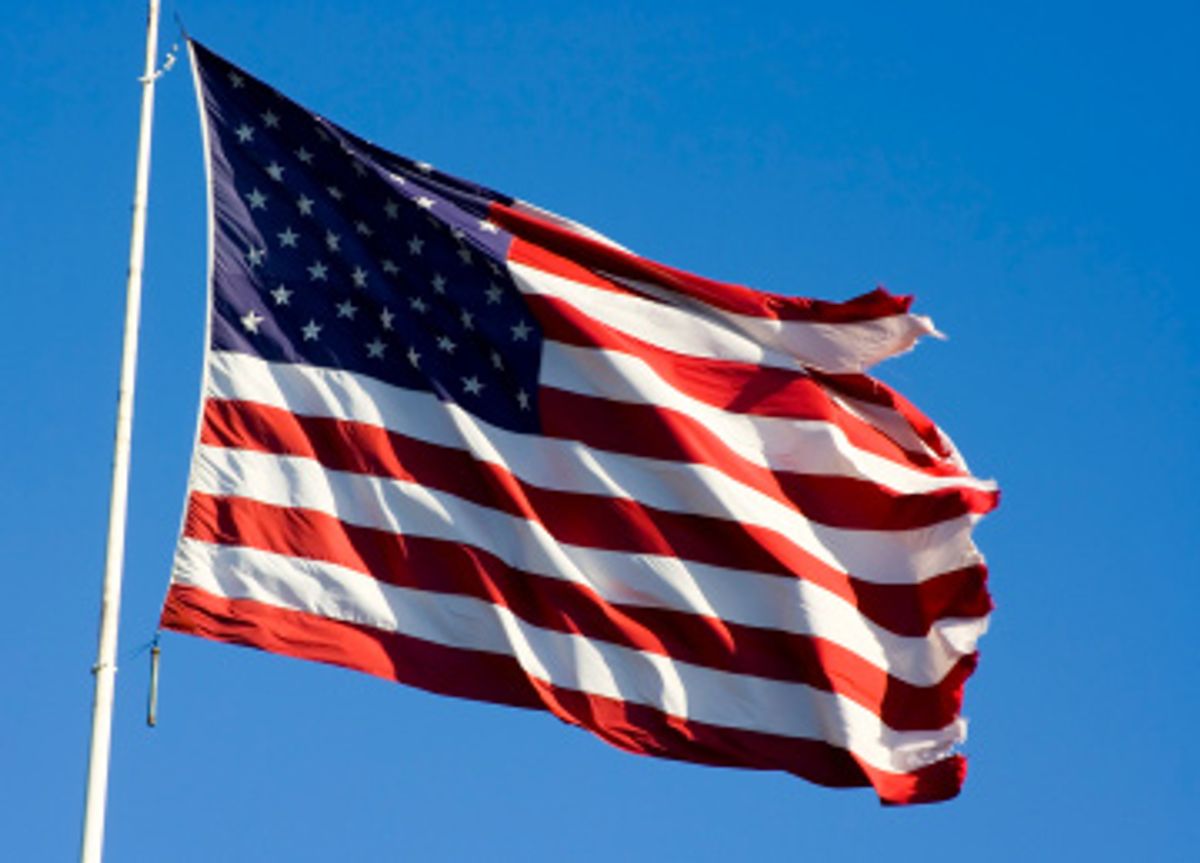 In a recent column, the Washington Post's Richard Cohen wrote, "What Henry Luce called 'the American Century' is over." Cohen is right. All that remains is to drive a stake through the heart of Luce's pernicious creation, lest it come back to life. This promises to take some doing.

When the Time-Life publisher coined his famous phrase, his intent was to prod his fellow citizens into action. Appearing in the Feb. 7, 1941, issue of Life, his essay, "The American Century," hit the newsstands at a moment when the world was in the throes of a vast crisis. A war in Europe had gone disastrously awry. A second almost equally dangerous conflict was unfolding in the Far East. Aggressors were on the march.

With the fate of democracy hanging in the balance, Americans diddled. Luce urged them to get off the dime. More than that, he summoned them to "accept wholeheartedly our duty and our opportunity as the most powerful and vital nation in the world ... to exert upon the world the full impact of our influence, for such purposes as we see fit and by such means as we see fit."

Read today, Luce's essay, with its strange mix of chauvinism, religiosity and bombast ("We must now undertake to be the Good Samaritan to the entire world ..."), does not stand up well. Yet the phrase "American Century" stuck and has enjoyed a remarkable run. It stands in relation to the contemporary era much as "Victorian Age" does to the 19th century. In one pithy phrase, it captures (or at least seems to capture) the essence of some defining truth: America as alpha and omega, source of salvation and sustenance, vanguard of history, guiding spirit and inspiration for all humankind.

In its classic formulation, the central theme of the American Century has been one of righteousness overcoming evil. The United States (above all the U.S. military) made that triumph possible. When, having been given a final nudge on Dec. 7, 1941, Americans finally accepted their duty to lead, they saved the world from successive diabolical totalitarianisms. In doing so, the U.S. not only preserved the possibility of human freedom but modeled what freedom ought to look like.

So goes the preferred narrative of the American Century, as recounted by its celebrants.

The problems with this account are twofold. First, it claims for the United States excessive credit. Second, it excludes, ignores or trivializes matters at odds with the triumphal story line.

The net effect is to perpetuate an array of illusions that, whatever their value in prior decades, have long since outlived their usefulness. In short, the persistence of this self-congratulatory account deprives Americans of self-awareness, hindering our efforts to navigate the treacherous waters in which the country finds itself at present. Bluntly, we are perpetuating a mythic version of the past that never even approximated reality and today has become downright malignant. Although Richard Cohen may be right in declaring the American Century over, the American people -- and especially the American political class -- still remain in its thrall.

Constructing a past usable to the present requires a willingness to include much that the American Century leaves out.

For example, to the extent that the demolition of totalitarianism deserves to be seen as a prominent theme of contemporary history (and it does), the primary credit for that achievement surely belongs to the Soviet Union. When it came to defeating the Third Reich, the Soviets bore by far the preponderant burden, sustaining 65 percent  of all Allied deaths in World War II.

By comparison, the United States suffered 2 percent of those losses, for which any American whose father or grandfather served in and survived that war should be saying: Thank you, Comrade Stalin.

For the United States to claim credit for destroying the Wehrmacht is the equivalent of Toyota claiming credit for inventing the automobile. We entered the game late and then shrewdly scooped up more than our fair share of the winnings. The true "Greatest Generation" is the one that willingly expended millions of their fellow Russians while killing millions of German soldiers.

Hard on the heels of World War II came the Cold War, during which erstwhile allies became rivals. Once again, after a decades-long struggle, the United States came out on top.

Yet in determining that outcome, the brilliance of American statesmen was far less important than the ineptitude of those who presided over the Kremlin. Ham-handed Soviet leaders so mismanaged their empire that it eventually imploded, permanently discrediting Marxism-Leninism as a plausible alternative to liberal democratic capitalism. The Soviet dragon managed to slay itself. So thank you, Comrades Malenkov, Khrushchev, Brezhnev, Andropov, Chernenko and Gorbachev.

What flag-wavers tend to leave out of their account of the American Century is not only the contributions of others, but the various missteps perpetrated by the United States -- missteps, it should be noted, that spawned many of the problems bedeviling us today.

The instances of folly and criminality bearing the label "made in Washington" may not rank up there with the Armenian genocide, the Bolshevik Revolution, the appeasement of Adolf Hitler, or the Holocaust, but they sure don't qualify as small change. To give them their due is necessarily to render the standard account of the American Century untenable.

Here are several examples, each one familiar, even if its implications for the problems we face today are studiously ignored:

Cuba. In 1898, the United States went to war with Spain for the proclaimed purpose of liberating the so-called Pearl of the Antilles. When that brief war ended, Washington reneged on its promise. If there actually has been an American Century, it begins here, with the U.S. government breaking a solemn commitment, while baldly insisting otherwise. By converting Cuba into a protectorate, the United States set in motion a long train of events leading eventually to the rise of Fidel Castro, the Bay of Pigs, Operation Mongoose, the Cuban Missile Crisis, and even today's Guantánamo Bay prison camp. The line connecting these various developments may not be a straight one, given the many twists and turns along the way, but the dots do connect.

The Bomb. Nuclear weapons imperil our existence. Used on a large scale, they could destroy civilization itself. Even now, the prospect of a lesser power like North Korea or Iran acquiring nukes sends jitters around the world. American presidents -- Barack Obama is only the latest in a long line -- declare the abolition of these weapons to be an imperative. What they are less inclined to acknowledge is the role the United States played in afflicting humankind with this scourge.

The United States invented the bomb. The United States -- alone among members of the nuclear club -- actually employed it as a weapon of war. The U.S. led the way in defining nuclear-strike capacity as the benchmark of power in the postwar world, leaving other powers like the Soviet Union, Great Britain, France and China scrambling to catch up. Today, the U.S. still maintains an enormous nuclear arsenal at the ready and adamantly refuses to commit itself to a no-first-use policy, even as it professes its horror at the prospect of some other nation doing as the United States itself has done.

Iran. Extending his hand to Tehran, President Obama has invited those who govern the Islamic republic to "unclench their fists." Yet to a considerable degree, those clenched fists are of our own making. For most Americans, the discovery of Iran dates from the time of the notorious hostage crisis of 1979-1981 when Iranian students occupied the U.S. embassy in Tehran, detained several dozen U.S. diplomats and military officers and subjected the administration of Jimmy Carter to a 444-day-long lesson in abject humiliation.

For most Iranians, the story of U.S.-Iranian relations begins somewhat earlier. It starts in 1953, when CIA agents collaborated with their British counterparts to overthrow the democratically elected government of Mohammed Mossadegh and return the Shah of Iran to his throne. The plot succeeded. The Shah regained power. The Americans got oil, along with a lucrative market for exporting arms. The people of Iran pretty much got screwed. Freedom and democracy did not prosper. The antagonism that expressed itself in November 1979 with the takeover of the U.S. embassy in Tehran was not entirely without cause.

Afghanistan. President Obama has wasted little time in making the Afghanistan War his own. Like his predecessor he vows to defeat the Taliban. Also like his predecessor he has yet to confront the role played by the United States in creating the Taliban in the first place. Washington once took pride in the success it enjoyed funneling arms and assistance to fundamentalist Afghans waging jihad against foreign occupiers. During the administrations of Jimmy Carter and Ronald Reagan, this was considered to represent the very acme of clever statecraft. U.S. support for the Afghan mujahideen caused the Soviets fits. Yet it also fed a cancer that, in time, exacted a most grievous toll on Americans themselves -- and has U.S. forces today bogged down in a seemingly endless war.

Had the United States acted otherwise, would Cuba have evolved into a stable and prosperous democracy, a beacon of hope for the rest of Latin America? Would the world have avoided the blight of nuclear weapons? Would Iran today be an ally of the United States, a beacon of liberalism in the Islamic world, rather than a charter member of the "axis of evil?" Would Afghanistan be a quiet, pastoral land at peace with its neighbors? No one, of course, can say what might have been. All we know for sure is that policies concocted in Washington by reputedly savvy statesmen now look exceedingly ill-advised.

What are we to make of these blunders? The temptation may be to avert our gaze, thereby preserving the reassuring tale of the American Century. We should avoid that temptation and take the opposite course, acknowledging openly, freely and unabashedly where we have gone wrong. We should carve such acknowledgments into the face of a new monument smack in the middle of the Mall in Washington: We blew it. We screwed the pooch. We caught a case of the stupids. We got it ass-backwards.

Only through the exercise of candor might we avoid replicating such mistakes.

Indeed, we ought to apologize. When it comes to avoiding the repetition of sin, nothing works like abject contrition. We should, therefore, tell the people of Cuba that we are sorry for having made such a hash of U.S.-Cuban relations for so long. President Obama should speak on our behalf in asking the people of Hiroshima and Nagasaki for forgiveness. He should express our deep collective regret to Iranians and Afghans for what past U.S. interventionism has wrought.

The United States should do these things without any expectations of reciprocity. Regardless of what U.S. officials may say or do, Castro won't fess up to having made his own share of mistakes. The Japanese won't liken Hiroshima to Pearl Harbor and call it a wash. Iran's mullahs and Afghanistan's jihadists won't be offering to a chastened Washington to let bygones be bygones.

No, we apologize to them, but for our own good -- to free ourselves from the accumulated conceits of the American Century and to acknowledge that the United States participated fully in the barbarism, folly and tragedy that defines our time. For those sins, we must hold ourselves accountable.

To solve our problems requires that we see ourselves as we really are. And that requires shedding, once and for all, the illusions embodied in the American Century.