A White House official says the hedge fund refusal to cut a deal with the government is not in "the national interest." 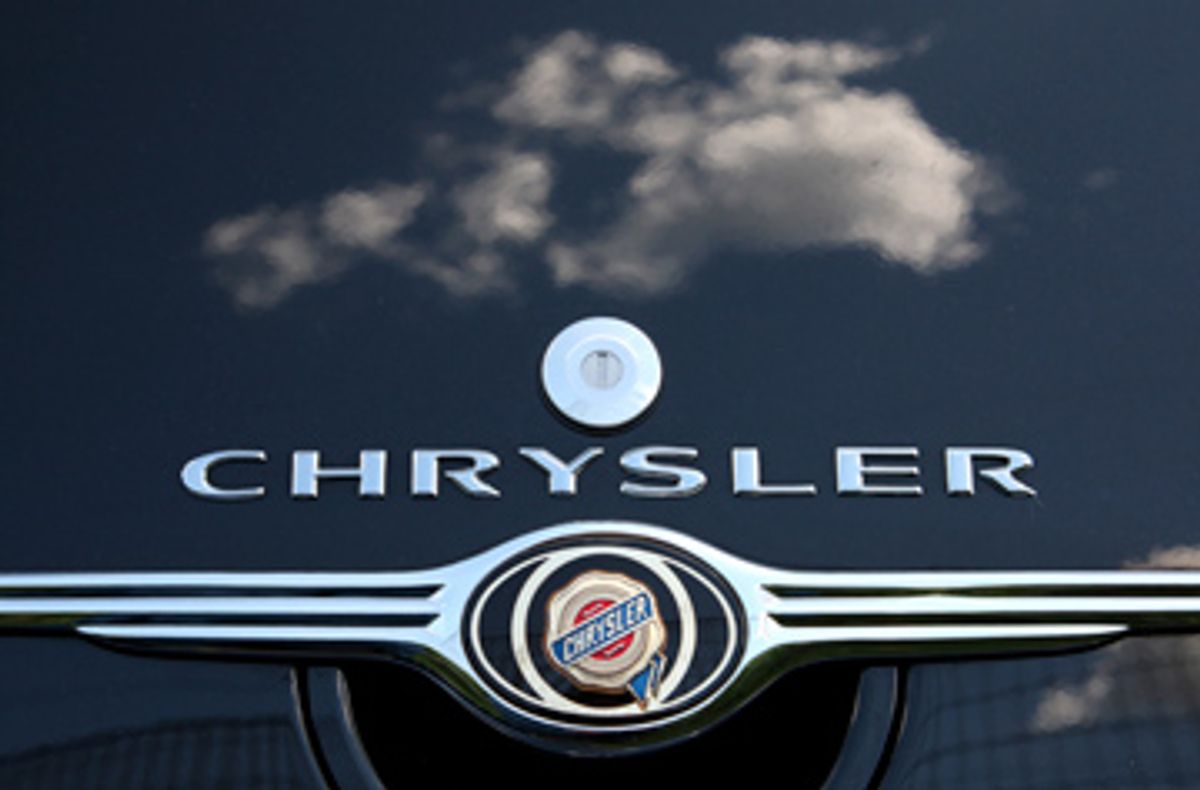 The Chrysler deal between the U.S. government and bondholders has fallen through, says an unnamed Obama official, according to numerous news reports. The automaker is expected to file for bankruptcy, although the agreement that would make Fiat a 20 percent owner is still expected to go through.

President Obama is scheduled to give a speech on Chrysler at noon. It will be very interesting to see if he adopts the same town that his surrogate did earlier this morning.

"Their failure to act in either their own economic interest or the national interest does not diminish the accomplishments" by Chrysler, its planned alliance partner Fiat SpA and other stakeholders in the company, the official said, "nor will it impede the new opportunity Chrysler now has to restructure and emerge stronger going forward."

Talk about your strong stances: The White House is accusing the hedge funds that refused to sign on to the deal of being financially dumb and unpatriotic. On the economic front, of course, the bondholders think that they can get a better deal in court than they could from the Treasury Department.

But on the patriotism front, it seems like the White House is throwing down the gauntlet. The country is in trouble, Wall Street played a significant, if not leading role, in sinking the economy -- now it's Wall Street's moral responsibility to help salvage something out of the wreckage.

Again, whatever happens with Chrysler, this exact same story is going to be played out on an even bigger canvas with General Motors. The big question: Will the government's clear resolve to force Chrysler into bankruptcy make GM's bondholders more willing to make a deal?