The "best and the brightest"? Spare me

Some are arguing that if we prosecute Bush officials for torture, or reregulate the financial industry, talented people won't enter government or become bankers. No, they're not kidding. 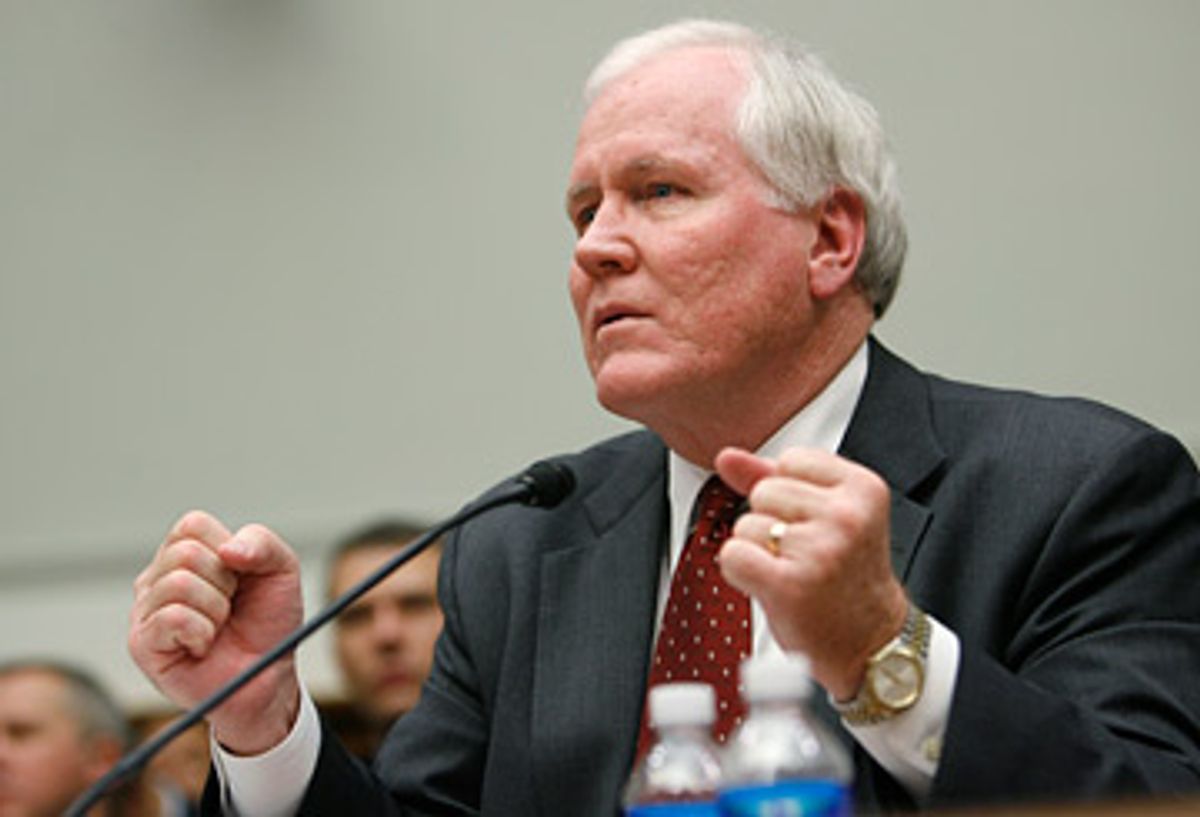 Are we in danger of discouraging the best and the brightest from entering public service? According to Richard Haass, the former Bush administration official who now heads the Council on Foreign Relations, prosecuting former Bush administration lawyers who argued that torture was legal under domestic and international law would deter talented Americans from careers in public service. Haass, who served as director of policy planning in the State Department, wrote in the Wall Street Journal on May 1 that while in the Bush administration he "knew nothing about these memos or the interrogation techniques they advocate" and harbors "deep doubts about them." Even so, Haass writes: "Government service already asks a lot of individuals. It entails sacrifice, pays little, and often violates privacy. Adding risk of prosecution to the mix will make recruiting the best and brightest that much more difficult."

Really? Having known a great many political appointees and politicians of both parties, I doubt any significant number of people would be deterred by such prosecutions from going into public service. Since Watergate, it's been generally known that if the president orders you to burgle the rival party's campaign headquarters you can go to jail if you obey him, and yet there is no shortage of talented people eager to serve in the executive branch, often at great sacrifice in time and income. A case might be made against prosecutions for various reasons, but this argument strikes me as weak. If a few Bush administration officials were found guilty of violating American and international laws in the course of helping to construct a global system of U.S. torture camps, I don't think that future administrations would find themselves limited to D-list appointees.

Note that Haass uses the phrase "the best and the brightest" without scare quotes, even though David Halberstam used the term ironically, in his 1972 exposé of Vietnam War policymaking, "The Best and the Brightest." Haass uses the term without any trace of irony. So do many of those who argue that more restrictive regulation of the financial sector will lead to a flight of "the best and the brightest" from that dysfunctional industry.

For example, in March, Edward Liddy, appointed chairman of A.I.G. by the federal government, objected to government rules limiting the compensation of banks and other companies bailed out by the taxpayers: "We cannot attract and retain the best and the brightest talent to lead and staff the A.I.G. businesses -- which are now being operated principally on behalf of American taxpayers -- if employees believe their compensation is subject to continued and arbitrary adjustment by the U.S. Treasury." Similarly, when there was a public outcry regarding the $3.6 billion in bonuses being paid to Merrill Lynch employees because the securities firm had lost over $27 billion in 2008, John Thain, the former CEO, said, "If we don't pay our people well, we won't be able to keep the best and the brightest."

"Is President Obama trying to kill Wall Street and drive its talent to London?" asked one blogger, Scott Reeves. Scott Talbott, head of government affairs for the Financial Services Roundtable, has warned that "top salespeople, the lifeblood of any company" could be driven by TARP restrictions to work for overseas banks.

Where will the best and the brightest of the financial sector flee, to get away from regulation and earn obscenely high salaries? Not Canada, where tight regulation of banks prevented the kind of meltdown that has occurred in the U.S. Nor Australia, where similar strict banking regulations also spared that country's financial sector. London, Singapore or Dubai are sometimes mentioned as possible rival financial centers that would be eager to welcome the kind of overpaid financiers who wrecked the U.S. and global economy. Most Americans, I think, would agree that it is worth the risk. The voluntary expatriation of leading Wall Street geniuses might help to restore the U.S. economy and wreck potential rival financial capitals at the same time. The thought brings to mind the observation by a wag on the defection in the 1970s by John Connally from the Democrats to the Republicans: "He raised the IQ of both parties."

The U.S. is not the only country allegedly threatened with an exodus of its best and brightest. In Britain, the announcement by Gordon Brown's government that the top income tax rate will be raised to 50 percent has been greeted by cries of outrage from highly paid entertainers. "The last thing we need is a Somali pirate-style raid on the few wealth creators who still dare to navigate Britain's gale-force waters," grumbled Lord Andrew Lloyd-Webber (net worth: 750 million pounds). Another one of Britain's "few wealth creators," Sir Michael Caine (reported net worth: 45 million pounds), threatened to resume his former status as a tax exile in the United States. "We've got three and a half million layabouts laying about on benefits and I'm 76 getting up at six o'clock in the morning to go to work to keep them," said the actor, whose contributions to the British economy include playing the English butler Alfred in the Batman movies and the father of Austin Powers in the spy spoofs.

But everything might work out for the best. Ever since Britain allowed itself to be deindustrialized, its major industry, if we don't count the export of pop opera and actors who play parodies of the British, has been international finance. If salary caps in taxpayer-funded banks and companies and tighter regulation in the U.S. drive financial geniuses away from Wall Street, then maybe the beleaguered City of London can revive, becoming the world's next capital of toxic financial innovations. Meanwhile, British actors fleeing high income taxes in their homeland could move to the U.S., where they might contest the domination of Hollywood by Australians and New Zealanders.

Better yet, some enterprising microstate like Belize could refashion itself as a haven for the persecuted talent of the world. It might spark a renaissance within its borders, by welcoming British entertainers and Wall Street wizards. And if any of the natives objected to the immigrants -- well, there would be plenty of expatriate American lawyers on hand, to assure the authorities that torture is not only moral but legal.

Last week, I wrote a column for Salon about talk of secession among conservatives and libertarians called "The Right Floats Off to Neverland. No Girls Allowed!" In it, I referenced Paypal founder Peter Thiel's support for the creation of an independent offshore city-state, and mentioned an essay he had written in which he stated that he no longer believed democracy and freedom to be compatible. Peter Thiel sent me the following response:

"I had hoped my essay on the limits of politics would provoke reactions, and I was not disappointed. But the most intense response has been aimed not at cyberspace, seasteading or libertarian politics, but at a commonplace statistical observation about voting patterns that is often called the gender gap.

"I believe that politics is way too intense. That's why I'm a libertarian. Politics gets people angry, destroys relationships and polarizes people's vision: The world is us versus them; good people versus the other. Politics is about interfering with other people's lives without their consent. That's why I advocate focusing energy elsewhere, onto peaceful projects that some consider fantastical. Voting is much less important, but whenever voting can defend liberty, it is a great thing to do. Women should vote, and they should vote for liberty."